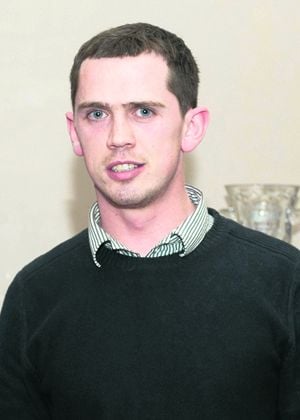 DESCRIBED as ‘an all-round sportsman’ and ‘popular young man,’ tributes have been pouring in from people who knew Fearghal Beamish from Carrigroe, who tragically lost his life following an accident on Tuesday.

The 26-year-old was fatally injured in an accident at his workplace at Clona Dairies that morning, after he was struck by a shunting unit used to move trailers in the yard. Emergency services were quickly on the scene, but Fearghal was pronounced dead there by a local doctor. Gardai and the Health and Safety Authority have both begun separate investigations into the accident and Fearghal’s body was removed to Cork University Hospital for a post-mortem examination.

A keen bowler, footballer and motor rally enthusiast, Fearghal’s sudden death has shocked both those that knew him and the sporting organisations that he was involved in.

‘Fearghal was an all-round sportsman and he was quite a prominent junior bowler and had won quite a few scores. I actually met him at the All-Ireland Road Bowling Championships in Lyre last weekend so everyone is shocked at the news and especially those that knew him in the bowling community,’ said Pat McCarthy, PRO of Carbery Bol-Chumann.

‘On behalf of Bol-Chumann I would like to express my sympathy to his family.’

Fearghal’s local GAA club, St. James’ in Ardfield, also paid tribute to him on their website and as a mark of respect all club activity at the club is cancelled for the weekend. Fearghal was a member of the junior football panel who lined out against Castlehaven last Sunday evening in championship football.

Noel O’Donovan, PRO of the club, said everyone at the club was ‘devastated’ at the tragic news.

‘Fearghal was a fierce loyal clubman and had played with the club from a very young age. He was down-to-earth and a genuinely good guy. The lads here are devastated and they held a meeting here last night to organise things like a guard of honour for his funeral,’ said Noel.

‘He was a popular figure in the dressing room and he was good for the banter with the lads and we as a club couldn’t speak more highly of him and on behalf of the club and the whole community we are so saddened by his death and offer our condolences to all his family.’

Fearghal was also a member of the Skibbereen and District Car Club and the members there also extended a vote of sympathy to his family at a specially-convened meeting of the club on Tuesday night.

The former Clonakilty Community College student is survived by his father John, his brother Gearóid and sisters Emer and Nollaig.