A windfarm off Co Antrim: Farmers are worried that the effect on fish stocks of the surveys being conducted into windfarms off the Wexford coast, will be replicated off the south west coast. (Photo: Shutterstock)

A fishing community in Wexford has called on its counterparts in Cork to join them in their fight against surveys for offshore windfarms which, they claim, are already devastating fish stocks and will sound the deathknell of their industry if not tackled. But developers have responded, saying their fears are unfounded

MEMBERS of the fishing industry in Co Wexford are calling on their colleagues in West Cork to join them in a campaign to get more information and transparency from offshore windfarm developers.

At a meeting in Kilmore Quay recently, local fishers said that they are not ‘anti-windfarm’ but they outlined their fears for fish stocks off the coast, given the amount of surveying being conducted by companies who want to develop offshore windfarms. Many fishermen claimed that even the sonar surveys which are currently being conducted are causing fish stocks to move, due to noise pollution from drilling.

There have been fears that the windfarms themselves, due to the invasive installation of the major turbines and the subsequent noise from the turning blades, would see fish stocks frightened away from traditional fishing grounds.

The meeting heard one fisherman, Mark Jackson, say that he was fishing within a half kilometre of a survey boat recently and in an area which had always been an excellent location for fish, but there was nothing there. He left the area and returned later, and again, no fish. ‘Surveying is making a big impact on it, definitely,’ he said.

Leslie Bates, managing director of local seafood wholesaler Sofrimar, suggested trawlers may be forced to block the survey boats if answers weren’t forthcoming from those conducting the surveys.

Eamonn Hayes, chairman of the Wexford Fishing Communities said the windfarm developers were ‘playing a strange game’ and there was no point in talking to them.

‘From the mountains of Mourne, to the Fastnet, this is going to mushroom,’ he said. ‘But fishermen are not going to be pushed off their grounds.’

Fisherman Sam Nunn said marine impact studies should have been carried out on the impact of the surveys on fish stocks, before they began. It wouldn’t happen on land, he said, so why is it allowed to happen at sea.

Cllr Jim Codd of Aontú  said fishers’ voices needed to be heard and one of the proposed sites for a windfarm off Wexford was 148sq km in size, with 30-50 turbines, representing ‘a substantial amount of ground’ to be lost to the industry.

And he said the developers will offer local community and sports groups money in an effort to ‘divide and conquer’ and isolate the fishers.

Leslie Bates said local GAA clubs and others should be asked not to accept money from the developers.

He added that their fishing colleagues in Cork needed to be alerted to what was happening in Wexford, so they could join the campaign.

Fisherman Dermot O’Toole feared the surveys alone would destroy local fisheries ‘before anything is built’.

He believed the windfarm companies wanted to ‘kill off anything that is there now’ so there would be no issues with the fishermen afterwards. And because firms are not allowed share the results on their surveys with each other, then several firms could end up surveying – and drilling – in the same area one after the other – decimating fish stocks.

‘The government seem to have made their mind up that fishing is finished, and seafood processing is finished,’ said Mr Bates, who said his firm was processing fish for over 40 years but he was, for the first time, seriously worried about the future of the industry.

Eamonn Hayes urged the fishers to engage their local TDs in their campaign. There could be up to 50 applications lodged for windfarms on the east and south coast, he said.

‘Fishermen around the coast will bind together. Are they going to take on every coastal community in Ireland? We will fight to the bitter end on this,’ he said.

It was pointed out that while foreshore licences are needed for invasive drilling, no licence is needed if the survey operators say they are not disturbing the seabed. In response, a spokesperson for Wind Energy Ireland (WEI) said that those who do apply for foreshore licences have to go through a very detailed and sometimes quite lengthy process in order to secure a  licence. ‘To get a licence for this kind of survey activity ... it is assessed at multiple stages by a large number of independent experts and consulted on publicly.’ They added: ‘Any offshore wind energy developer engages with local fishing organisations and individual members of the fishing community as early as possible in the development of the project and should keep them thoroughly informed of planned survey activity. This is best practice for our industry and it is the approach taken by our members.’

Denying that surveys affect fish stocks, the spokesperson, however, said: ‘If there is evidence of these kinds of surveys having an impact on fish stocks we would encourage those with it to bring it to the attention of the relevant developer as quickly as possible.’

In response to claims that the fishers have no advance information of surveys, the WEI spokesperson said: ‘All of this information is provided by offshore wind energy developers to the fishing community in advance of any survey activity.’ 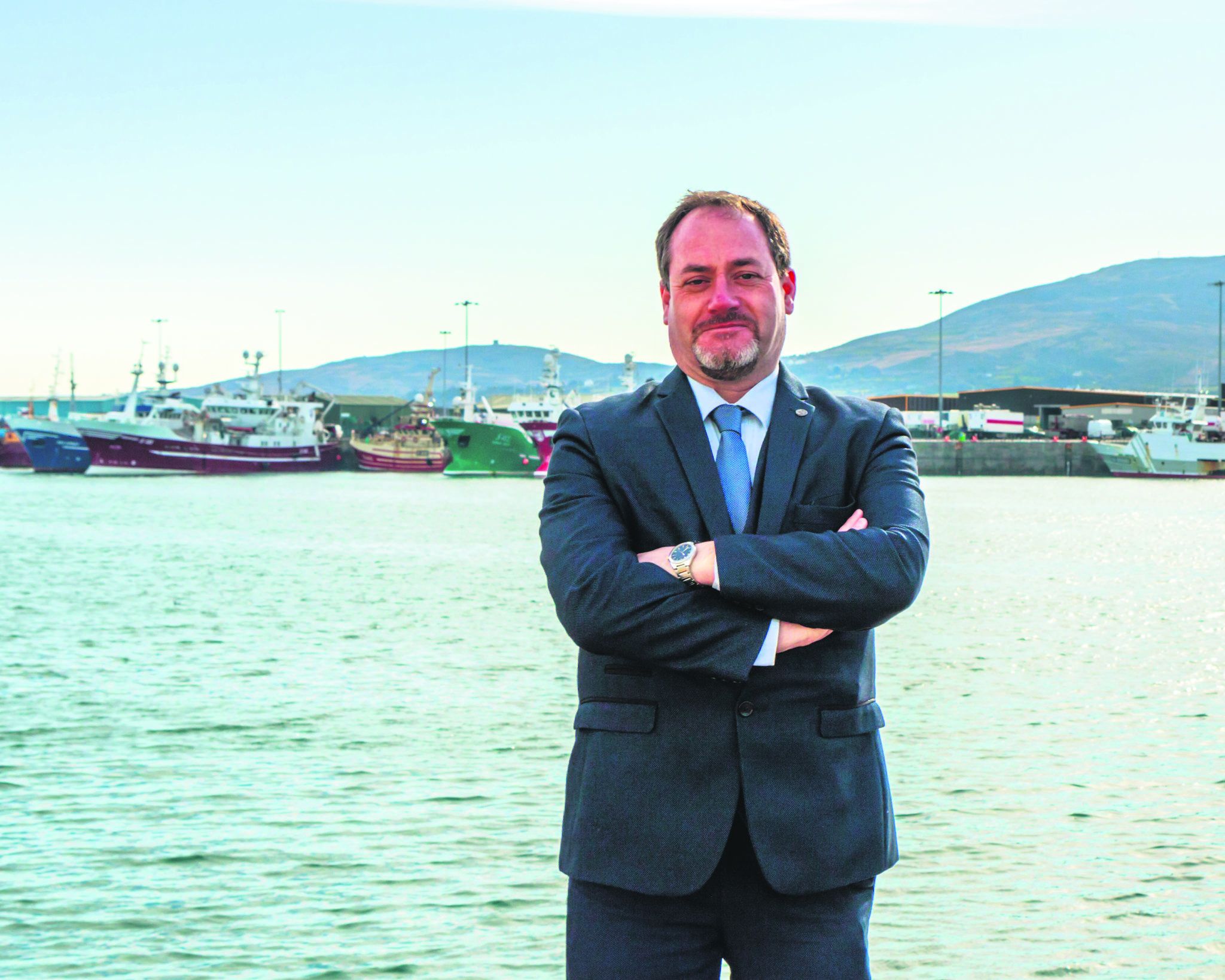 ‘Militancy is not the solution’

THE chief executive of the Irish South and West Fish Producers’ Organisation (IS&WFPO) has said the organisation has been seeking assurances on the surveying practices of the windfarm developers for some time.

‘We are at the table with them, asking for certain conditions to be met regarding the surveys, but so far they haven’t responded to us,’ said Patrick Murphy of the IS&WFPO.

‘We have made several proposals directly to the minister and the Taoiseach, but we feel we are not being listened to,’ he added.

But Mr Murphy said that he does not believe that any militant action – like blocking survey boats, as was suggested by the Wexford fishers – is the answer.

‘If the Minister doesn’t listen to us, then fishermen will be forced to take other action, which could put lives at risk. But that is not the answer.

‘If militant action succeeds in getting results from the wind developers, then every fishing community in Ireland will go down the same road and there will be anarchy,’ he said.

The only real solution is for the wind industry to speak directly with fishing organisations and give commitments that any impacts on fish stocks will be compensated, he said. Mr Murphy said he did not believe that the development of Ireland’s offshore renewable energy (ORE) industry could progress without impacting fish stocks.

‘What we are talking about is mitigation measures, and compensation,’ he told The Southern Star.

But he also voiced fears about the impact of the large turbines on the marine environment, and safety issues. Referring to the fire at the Arklow bank windfarm recently, he said he believed that large amounts of coolant liquid and oil were stored on many offshore windfarms, and stringent regulation was needed for them, in the event of fires or leaks – much in the same way that fishermen have to follow strict containment procedures where oil leaks occur on trawlers.