THE mini-islands of Adam and Eve in Glandore Harbour have seen many ships and travellers come and go by their ancient village.

One of the village’s most impactful visitors arrived innocuously in 1888 when Seán Hayes was born in the townland of Cregg, between Glandore and Rosscarbery.

Although largely overshadowed within Irish history and West Cork by bigger names and more dominating personalities, this farmer’s son made a significant contribution to the revolutionary movement on a national level. 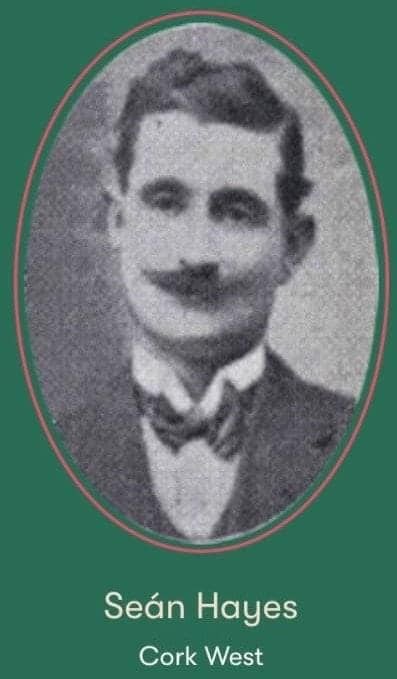 Similarly to Michael Collins and Sam Maguire, Hayes joined the British civil service as a youth and worked in London’s postal network.

He subsequently fought in Dublin’s GPO during the Easter Rising and was interned in the aftermath of the rebellion.

Towards the end of 1917 he was appointed editor of The Southern Star as the reorganised Sinn Féin looked to establish a media foothold in the region. JB O’Driscoll wrote to the paper’s director Joseph O’Regan in 1945 that Hayes was ‘one of the few left who opened negotiations’ to purchase the paper in 1917.

Hayes was succeeded as editor by Ernest Blythe, later a cabinet minister, but took over from him again in 1918 when Blythe was arrested.

The paper’s increasingly radical content attracted much unwanted attention. In November 1918 the commanding officer for the Special Military Area of West Cork bitterly complained that The Southern Star was ‘financed entirely from Sinn Féin funds, and the present owners are extremists of a bad type.’ The report specifically mentioned Peadar Ó hAnnracháin, JB O’Driscoll, Seán Buckley and Hayes. By the end of the year Hayes had been elected unopposed for the constituency of West Cork while Michael Collins was returned for South Cork. 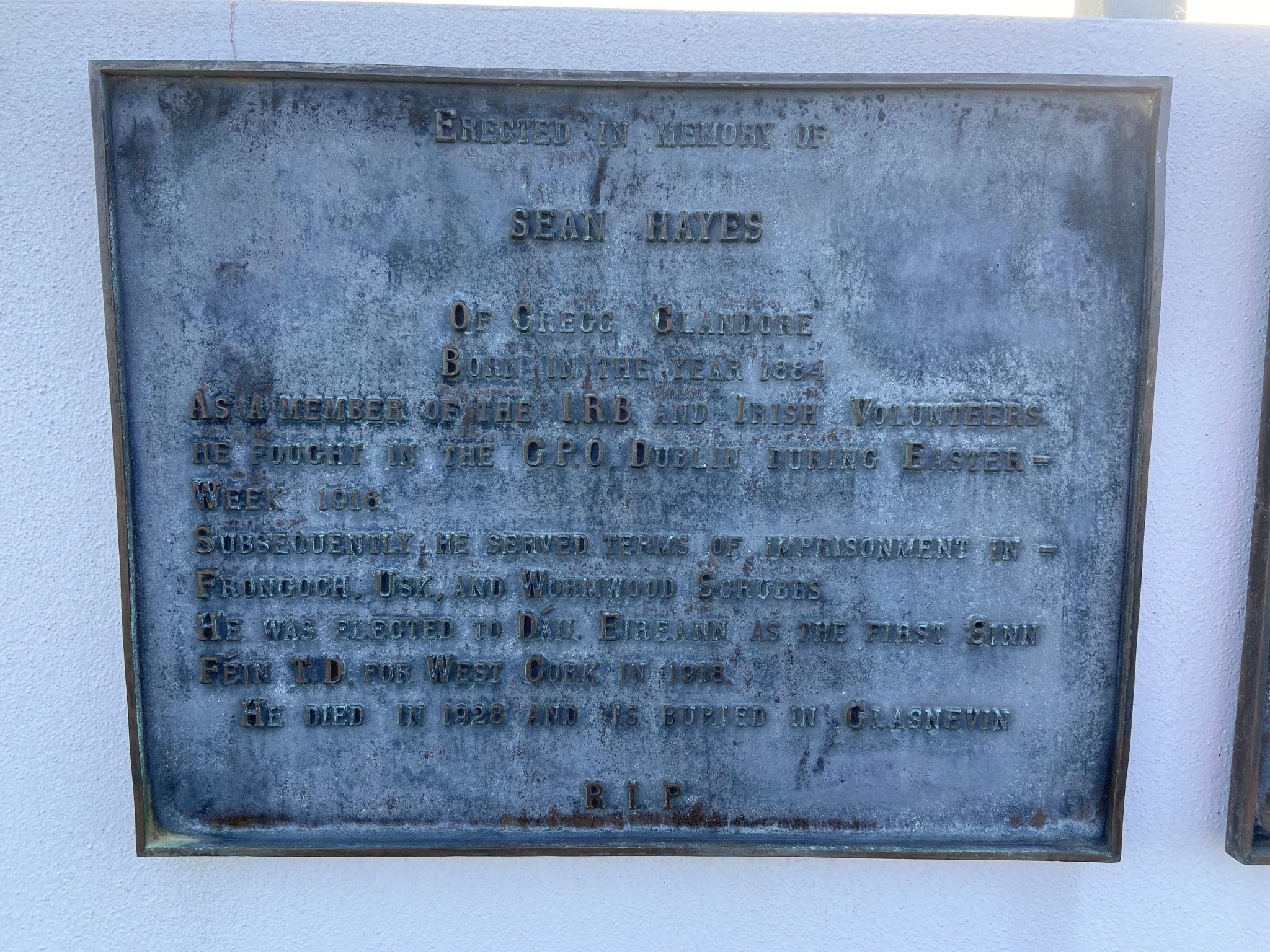 There is a plaque for him at the local national school.

Both abstained from the House of Commons and instead took their places in Dáil Éireann. At the inaugural meeting of the Irish parliament Hayes encouraged acceptance of the Provisional Constitution of the Dáil read by Cathal Brugha, making him the first person from Cork to contribute from the floor of the Dáil. Although The Southern Star enjoyed a famous rivalry with the Skibbereen Eagle, Hayes also used his Dáil privilege to critique the Cork Examiner, arguing that the paper’s moderate policy was ‘hampering the work of the Republic and weakening their position throughout the country,’ during a debate in 1921.

During the War of Independence Hayes was arrested in Harcourt Street, Dublin, alongside a number of republican figures, although Michael Collins managed to evade capture. Guy’s Directory of Cork listed Hayes as the Star’s editor once again in 1921. He was elected as a Pro-Treaty TD in June 1922 and was later made Military Governor of Newbridge Internment Camp. He did not contest the 1923 general election and was appointed to the Free State’s postal service, subsequently living in Clontarf, Dublin. He died prematurely in 1928 in his early forties and is buried in Glasnevin cemetery. In 1966 a plaque commemorating him was unveiled at Glandore National School. The new commemorative stone will now showcase a figure who has often been sidelined in a central location in the village.

• Alan McCarthy is a historian of modern Ireland. He is the author of Newspapers and Journalism in Cork, 1910-23 (Four Courts Press) and soon to be published history of adult education and lifelong learning at UCC, 1946-2021.