PEOPLE throughout the Beara peninsula have come together to support its sizeable Ukrainian population.

Local garage owner Paul O’Shea outlined how he and others wanted to support his colleague, a fellow mechanic and Ukrainian national Viktor Frolov.

‘We wanted to help Viktor and his countrymen and women and spoke to a few people to see what we could do.

‘The Castletownbere Fishermen’s Co-operative came onboard and provided the use of one of their lorries and will cover costs to get it to Poland, and local man Jason Quirke has volunteered to drive it,’ added Paul.

Word soon spread around Beara and beyond, and items began piling into Paul’s garage.

With the help of the Fishermen’s Co-operative an iDonate page was set up, which at the time of going to press had raised over €22,000.

Paul said all money raised will be spent on buying supplies, and the lorry is due to leave Beara on March 17th.

Separately, a collection of teddy bears has been organised to send to children affected by the war. Organiser Anne Lucas explained how the emergency services regularly give a small teddy bear to children who have suffered a traumatic experience, to help them in some small way. Anyone who like to donate a bear can leave it in Ardgroom Post Office.

Last week, Malwina Olach and Karolina Spencer arranged for four vanloads of supplies to be transported to Cork city for onward transportation to Poland. Malwina works at Number Three Nails in Castletownbere, and salon owner Rebecca Murphy offered the use of the salon as a drop-off point. Karolina said the response from the community was absolutely incredible and exceeded all expectations. ‘Within a few hours we had a huge amount of items.’ The women also received over €1,000 in cash donations which was used to buy further supplies.  Karolina thanked all those who supported them, especially local businesses.

‘The money we received has gone back into the local community in purchasing goods from local stores, all of whom gave us discounts.’ The group are still collecting items, and are now looking for warm hats, and gloves for the men who remained behind in Ukraine to fight. Items and donations can be dropped into Number Three Nails. Malwina said they will continue for as long as possible, ‘as long as we can help, we will.’ 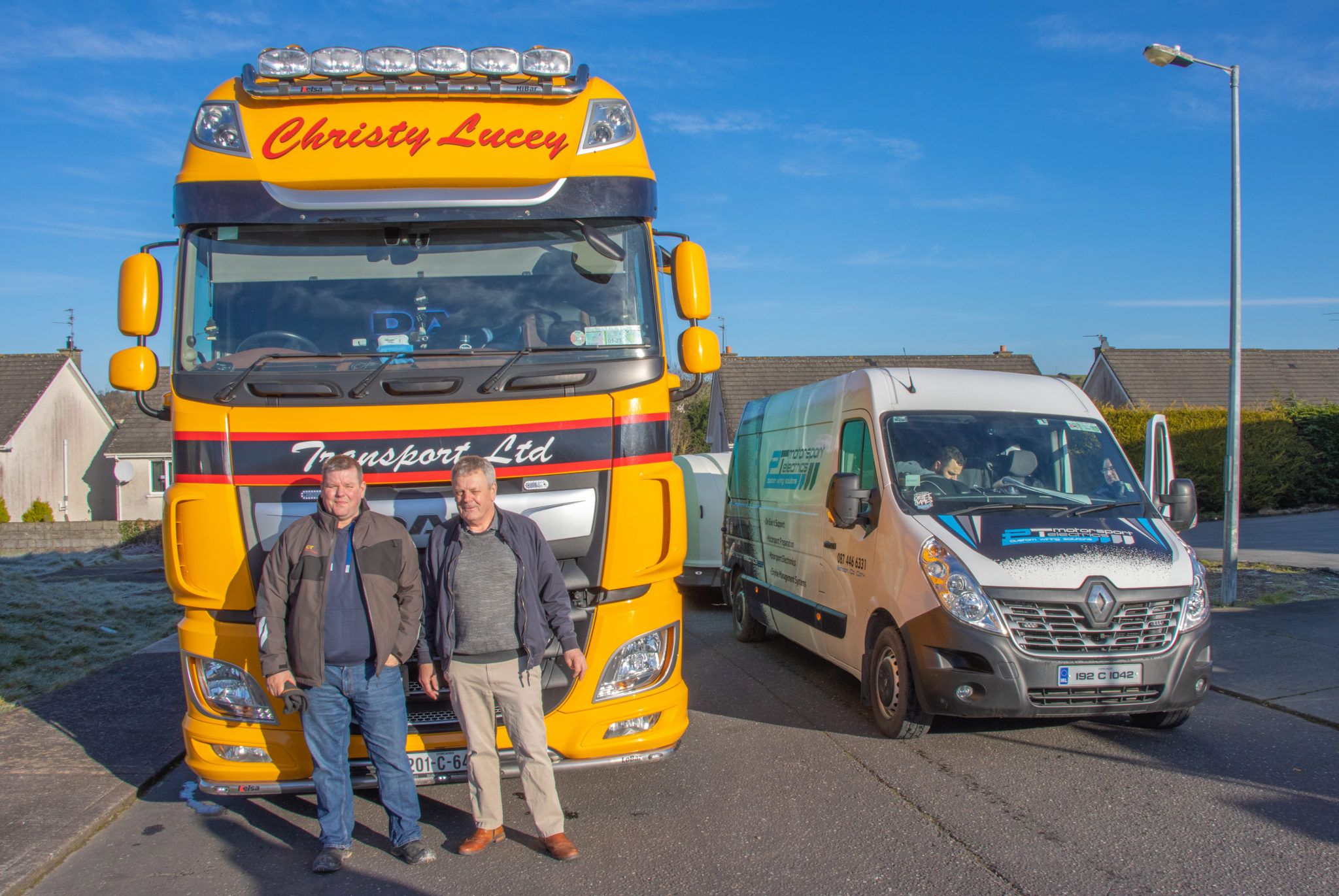 OVER 70 tonnes of humanitarian aid left Bandon for the Polish border after people across West Cork generously donated items following a joint appeal between Cracked café and Twomey Precision Engineering.

Two trucks – one kindly given by Christy Lucey Transport Ltd and another by Virginia Transport in Meath – along with a van and a shutter trailer packed up with aid travelled across Europe before finally making it to Poland earlier this week.

People had been dropping off aid and volunteering at a yard in Twomey Precision Engineering off the by-pass in Bandon and they even had a double decker bus from RED FM which was also full of aid.

Ronan Twomey of Twomey Precision Engineering said the response from people had been phenomenal.

‘This is still ongoing and we are still gathering items and we’re looking now at bringing another carrier that will bring more aid into Poland,’ said Ronan.

‘We want to thank our incredible drivers for this project and the van and shutter trailer delivered urgent medical supplies to a donation centre in Warsaw, which in turn will be heading for the area around the Zaporizhzhia nuclear plant in Ukraine.

‘They then headed into Sicz on the Polish/ Ukraine border to offload the remainder of the load and the full artic truck.’

Paidi Twomey and his co-driver Thomas Hughes drove one truck, while his son Paul drove the van and shuttle trailer along with his brother Kevin.

The second truck, which left later last Saturday, arrived in Poland after them.

‘It’s been a mental week but in a good way. We want to thank all those who donated aid as well as those who volunteered to sort through them and to all local businesses too who helped out too including Bean & Berry coffee truck who  provided free refreshments for everyone’.

Ronan said that they now have the use of the old library building in the town centre, which will act as their new storage space and they are also taking financial donations.

‘It’s just been amazing and it restores faith in humanity again and to have seen all this generosity just lifts your heart.’