Karin O’Shea in healthier times on her graduation as a NS teacher.

IF you even remotely suspect you’ve been bitten by a tick you should seek immediate medical advice.

That’s the advice of a former Skibbereen Community School teacher whose life has been devastated after a bite caused Lyme disease, which has left her mainly bed-bound and in almost constant pain. 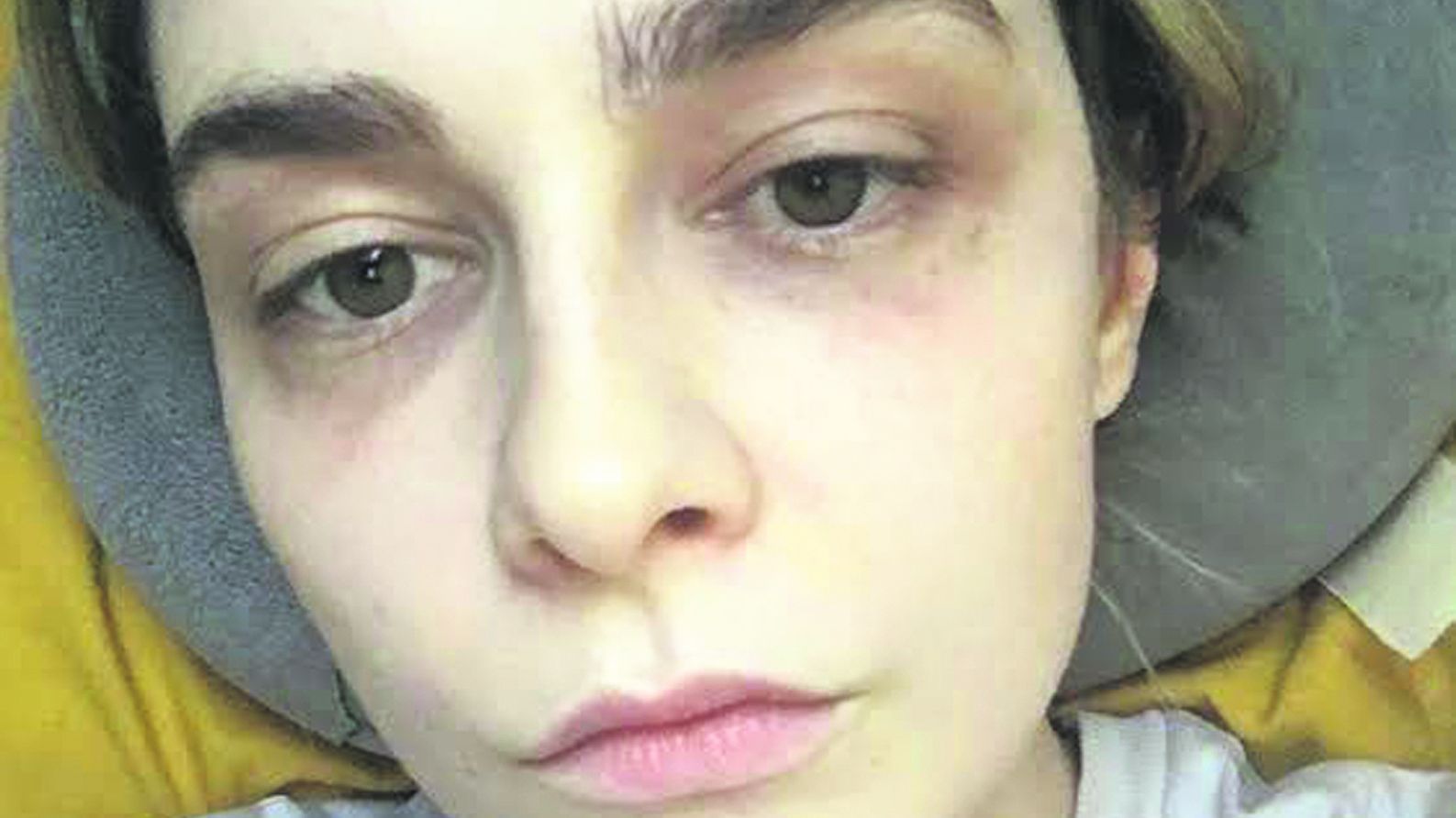 A recent photo of Karin O’Shea where the full impact of the illness is clearly visible.

Karin O’Shea (26), last week launched a fundraiser to cover the cost of intensive treatment in Germany, after all medical options here failed.

It has so far generated almost €72,000 and she’s now waiting for a date to travel, hopeful this will be the end of her nightmare.

From Kilgarvan in Kerry, she was diagnosed with Lyme disease last April after years of unexplained medical issues.

She attended an infectious disease specialist here and was put on a treatment plan for several months.

‘Unfortunately, this was unsuccessful due to late diagnosis and it’s the only available treatment in Ireland,’ she said.

Her health seriously deteriorated last October, and she had to leave her teaching job in Killarney which she loved. She previously taught religion in Skibbereen Community School.

She is now mostly housebound and says it’s been a ‘lonely, dark journey’ and at times she felt she was ‘going mad.’

If not treated early, the infection caused by a tick bite can spread to the joints, heart, nervous system and brain.

Her mother Mary and partner AJ Christian will travel with her to Germany for the  month of intensive treatment, costing €35,000.

That will be followed by a six-month rehabilitation plan.

Her dad Mick is from Kealkil and is known in West Cork having previously worked in tyre centres in both Skibbereen and Bantry.

Karin said she is beyond grateful for the funds raised.

‘It’s the light at the end of the tunnel, a miracle.’

Unable to turn the clock back, she wants to make sure others don’t suffer like her: ‘It’s a disease that spreads, and people must be aware not to delay if they get a bite.’