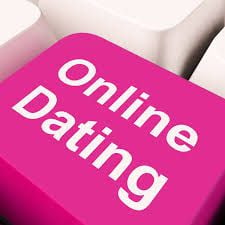 TO say dating has changed a lot since our parents’ time is a bit like saying the water meters have cause a wee bit of bother.

And the search to find ‘The One’ has come even further since our grandmothers lined up along the wall at the Ballroom of Romance and waited to be asked out for ‘a dance’.

Of course the whole profile of the ‘dater’ has changed too. Back then, if you hit your 30s or 40s and were still unattached, you were considered either a ‘confirmed bachelor’ or an ‘old maid’.

Thankfully, those days are long gone. There’s no age limit on romance, there’s no ‘best before’ date for born romantics, and a unsuccessful marriage doesn’t mean you can’t start all over again.

But starting over in a world where the traditional dating venues are still geared towards ‘young ones’ – think loud discos, jam-packed pubs and trendy eateries – looking for your soulmate can be daunting.

As a result, mature daters are turning to online dating in their thousands. And the Irish – naturally inquisitive, talkative and technologically adept – have taken to it like rabbits to a hot warren.

According to Google, searches for dating websites in Ireland peaked in February 2008, although there is still a lot of interest in such sites – with Cork coming in third of all Irish searches – behind Dublin and Limerick.

But the biggest trend in web-based dating in Ireland is in dating apps – and the trend is still growing. The likes of Tinder, Smooch and gay app Grindr have upped the ante in the meet-up stakes, and the more established sites like Plenty of Fish, Match.com and Another Friend have now joined their younger rivals in the App store.

But with so many options out there now for finding love, where, exactly, should one start?

While traditional sites will let you upload a long profile about yourself, your likes and interests, witty comments, and allow you to search for a partner by age, body shape, height and location, many of today’s most successful apps are light on info and big on instant attraction.

One of the world’s most popular ones, Tinder, is presented almost like a ‘game’. If you like what you see on their profile pic, you ‘swipe’ to the right. You ‘swipe’ to the left if you’re not interested.

If both of you ‘swipe right’, then you’ve made a match – and you have the opportunity to message each other, and start a conversation.

It’s a very simple format, but it seems to work. What’s more, critics of this method of finding love, who suggest it’s too superficial, may like to note an article in last Sunday’s New York Times.

Under the heading ‘In Defense of Tinder’, Professor Eli Finkel revealed his research into the pre-Tinder dating industry.

He discovered that while people may find comfort in reading long, detailed profiles on would-be partners, there was no evidence to suggest it was a good way to meet a life love. In fact, he found that sharing such detailed information over the web was a hugely ineffective way of predicting a successful relationship.

Professor Finkel believes that the likes of Tinder has without doubt speeded up the process of meeting singles and might be more ‘traditonal’ that we think.

‘In this respect, it takes dating back to the pre-internet era, to a time when people met potential partners, about whom they knew relatively little, at parties, bars, dog parks – situations in which people can get a strong initial sense of romantic compatibility.’

In short, he says, there is really no substitute for meeting up with someone – searching for that elusive ‘spark’, that exciting chemistry that gets our hearts beating faster – that mutual feeling of wanting to see, and know more, of each other.

Clonakilty-based author Louise O’Neill is also a fan of Tinder. ‘Until very recently in Ireland, online dating was still considered to be the last resort of the lonely and desperate. Tinder has revolutionised that, creating a dating app which people didn’t feel ashamed of using,’ she says.

Although, she says daters shouldn’t forsake the less obvious sites for meeting people too – ‘I’m on Tinder, although I must admit I rarely use it. I’ve actually met more people through Twitter, both friends and dates. There’s more scope to show your personality and sense of humour, and you get a better sense of what the other person is like as well.’

A trendy 20-something, Louise bypassed the earlier dating websites in favour of the more ‘instant’ ones.

‘I’ve never used any of the more traditional sites like Plenty of Fish or Match.com. Most of my single friends in London and New York are on them, but for me, as I live in a small community, there’s always the fear that someone I know would see my profile!’

And that’s probably a very plausible fear, especially for anyone living in a small community like West Cork.

Another plausible concern is security, which may be why a lot of people shun the ‘instant hook-up’ type apps, in favour of getting to know someone online first.

‘ I really trust my own instincts,’ says Louise. ‘If I get a bad feeling about someone I will leave. However, I would always meet them in a public place and I would tell someone where we are meeting.’

She says she would usually get a friend to ring at a designated time, as a fall-back for a bad date. ‘If the date is a disaster, I can pretend there has been a gas leak at home that I need to urgently attend to,’ she says.

Whatever method you choose to find your next date, Professor Linkel observes that at least everyone is on the same page – metaphorically, not technically, speaking, of course!

‘Most [daters] just want to have fun, meet interesting people, feel sexual attraction and, at some point, settle into a serious relationship.’

So, while the methods may be changing rapidly, there’s one thing that will never vary – as the Blue Brothers famously sang, everybody needs somebody to love.