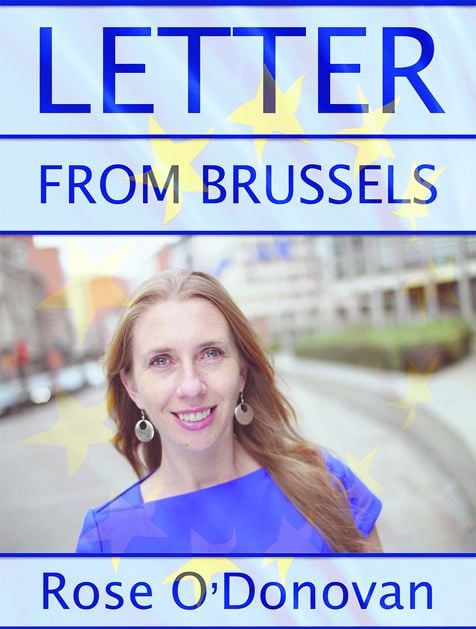 THE Department of Agriculture is investigating a suspected case of BSE detected on a dairy farm in Co Louth, with the country likely to lose its recently acquired ‘negligible risk status’ and revert to its previous ‘controlled risk’ classification, if the animal tests positive.

The announcement of the suspected case of mad cow disease on June 11th is expected to dent the confidence of the beef-exporting country, which was awarded the clear BSE status distinction by the World Organisation for Animal Health (OIE) at the beginning of the month, after 11 years in the ‘controlled risk’ category. The authorities are currently conducting an investigation on the five-year old red and white Rotbunt breed.

The dairy cow died on the land and her three calves have since been quarantined and will be killed and tested for the disease. The farm at the centre of the scare is located in a quiet rural area not far from Louth village and had a previous outbreak of the disease in 2002, with the holding completely depopulated at the time and restocked with cattle breeds from Germany.

Farm Minister Simon Coveney said the immediate priority was to identify how the five-year old dairy cow contracted BSE, which is quite unusual as it has a long incubation period (3 to 8 years). He suggested it was ‘something the animal ate as a calf … but this has to be confirmed.’

With the 1990s’ ‘mad cow’ crisis still fresh in people’s minds, the Minister took the opportunity to reassure the public that this was an isolated case – the first since 2013 – and there ‘was absolutely no human risk’ as the fallen animal was not presented for slaughter and no part of it entered the food chain.

‘If an animal is sick on a farm, it will be tested for BSE … once an animal goes to the factory they will be inspected by a department vet before slaughter and even then all the Specified Risk Material (SRM) is taken out of the healthy dead animal – so there is no risk at all to human health,’ Coveney stated.

The Minister also sought to allay any fears in the beef industry, saying the suspected case should ‘make no difference to our trade partners who have been contacted and reassured that the situation is in hand.’ Trade sources in Brussels suggest that, ‘logically and scientifically, there should not be any implications for trade’ and recall that Ireland had ‘controlled risk’ BSE status when the US, China and Japan restored market access for its beef imports.

European Commission plans to allow Member States prohibit their farmers from using imports of Genetically Modified (GM) protein feed for their livestock appear to have fallen at the first hurdle this month as Environment MEPs look set to reject the proposal. With little appetite among Member States to implement the so-called ‘GMO opt-out clause,’ the Commission may be forced to withdraw the plans, if Council also decides to reject the reform in the autumn.

The Committee decision follows a meeting in Strasbourg on June 9th, where in a rare show of unanimity, key MEPs from the main political groups voiced their opposition to the proposal for a number of varying reasons. The announcement comes as a blow to the Commission, which had hoped that the move to allow national bans on using GM animal feed would trigger a genuine debate on the EU’s divisive attitude to biotech crops.

Health Commissioner Vytenis Andriukaitis addressed the Environment Committee on June 9th, outlining the rationale behind the initiative unveiled on April 22nd. He said the goal was to ‘give more weight to the views of democratically-elected governments in the authorisation of GM food and feed,’ allowing national capitals to block imports of GM feed if they so desired. But he failed to convince opponents from across the political divide and faced heavy criticism from the floor.

I interviewed the Lithuanian Commissioner shortly after the meeting in Strasbourg and, despite his broken English, his message was clear – the current deadlock whereby Member States fail to take a clear position on the approval of GMOs is untenable. The interview is available o-line at www.vieuws.eu

• Rose O’Donovan is the Editor-in-Chief of the Brussels-based publication AGRA FACTS.