Flooding in Skibbereen at the height of the storm last night, around 10pm, but the fire service managed to get the situation under control quickly.

WEST Cork is once more counting the cost of yet another storm this morning.

Retailers and homes around the county were braced last night for a severe battering and, although the worst predictions didn’t materialise, there are still a substantial number of roads blocked with trees down, and thousands of homes without power after Storm Ellen raged overnight.

Bridge Street in Skibbereen was flooded for a time around 10pm, but water levels didn’t result in anything like the devastation caused in previous years. However, Cathal O'Donovan of the town's flood committee confirmed that 11 businesses had been damaged by flood waters and that in, one instance on Lower Bridge Street, water levels rose to between 1.5ft and 2ft.

'There was sludge, grit and gravel in people's home and businesses,' said Cathal. But he said the main problem was caused by one of two issues: either the culvert area at The Cutting (near Aldi/Londis) was blocked, or it was unable to cope with the sheer volume of rainfall.

Asked if any of the premises had flood insurance, Cathal said it was 'highly unlikely'. Flood insurance has been increasingly difficult for homes and businesses in West Cork to secure, given the continuing problem of flooding in recent years.

However, the Cutting is not part of the Flood Relief Scheme and he is confident that without the work done on the scheme so far, the situation in Skibbereen would have been much different this morning. 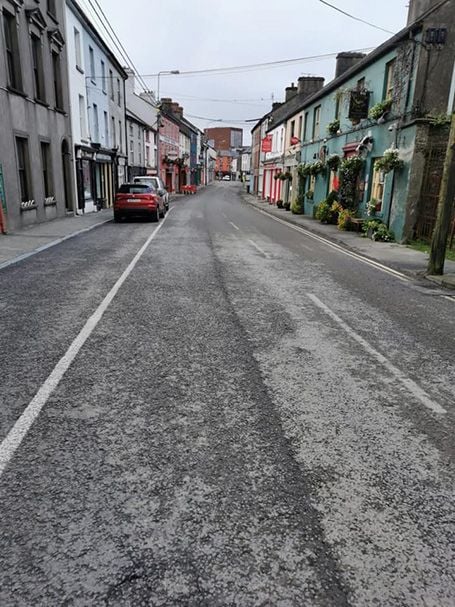 Bridge Street earlier this morning after the flooding had receded: 11 premises, including the landmark Eldon Hotel were damaged.

'Townshend Street would have flooded twice in the last fortnight were it not for the Flood Relief,' he told The Southern Star.

'But Cork County Council will need to address the Cutting. This is happening with too much regularity and we need this job to be finished so people can see the Flood Relief is working.' 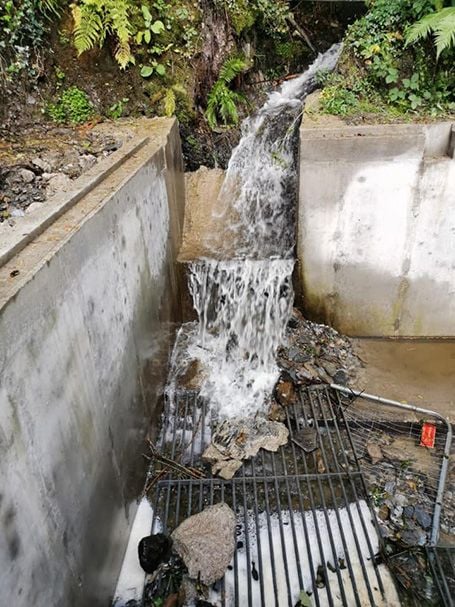 Regarding flooding near the service station on Cork Road, he said that was the final phase the Flood Relief which still needs to be completed, and there are culverts which still need to be constructed in that area by Cork County Council.

'The paint shop had their barriers up quickly and the fire brigade appears to have arrived in time to help them. All the gullies were opened but the road just couldn't take the amount of water,' he said.

The main problem in Skibbereen was the gallons of water flowing down the hill into The Cutting – the narrow road between the rear of Aldi and Bridge Street. 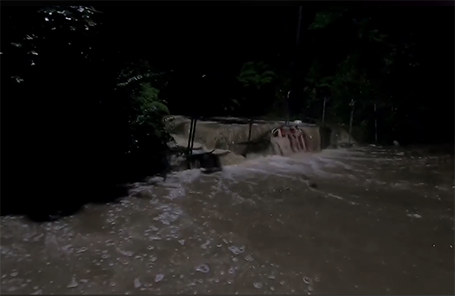 The fire service was quickly on hand to help with pumping out water and managed to minimise the damage to local businesses. 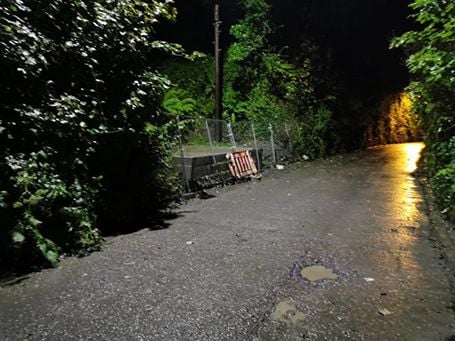 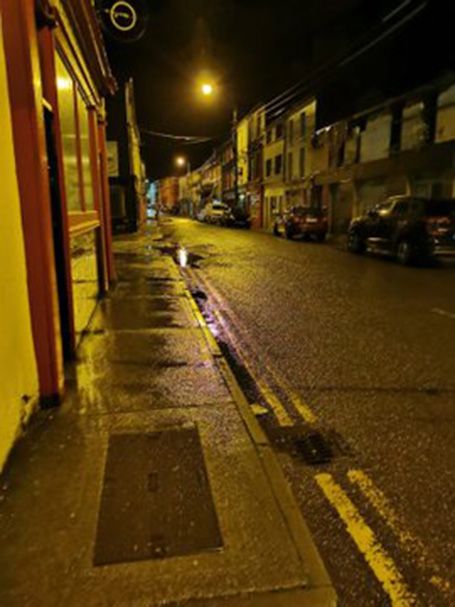 The Cutting, top, and Bridge Street, above, in Skibbereen, showing flooding had subsided by midnight last night. Photos: Niall O'Driscoll.

There was also surface water flooding on the Baltimore Road and Cork Road.

In Bandon the water rose at Brady’s Lane and Hickey’s Corner but, according to Sen Tim Lombard, the underground pumps installed by the OPW flood scheme ‘kicked in’ and surface water cleared without the damage ‘previously experienced.’

Today the OPW issued the following statement regarding Bandon: 'The Office of Public Works wishes to provide clarity around recent flooding events in Bandon. The OPW understands that the foul sewerage infrastructure overflowed in the Brady’s Lane area of the town during the night. The overflow was drained by the flood relief infrastructure provided by the OPW flood relief scheme in Bandon, preventing properties from flooding in that area.'

This morning there are trees down in Carrigaline, Myrtleville, and at Springmount on the Dunmore road out of Clonakilty, among other areas. 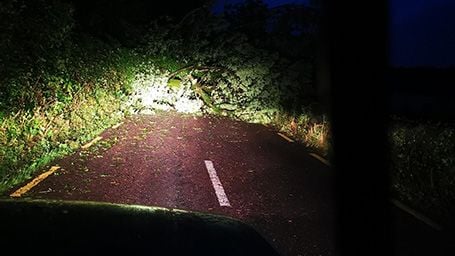 A tree down in Myrtleville this morning. Photo: Courtesy KC/96FM

With high tide around now, there is substantial flooding in fields around Skibbereen, especially in the Ilen basin, on the Marsh Road side of the town. 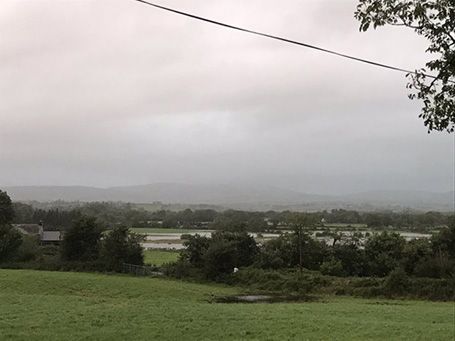 Flooding in the fields near Caheragh, outside Skibbereen, this morning.

Power outages have been reported on the Beara peninsula, outside Skibbereen on the Cork Road side, at Church Cross, Reenascreena and earlier near Macroom. 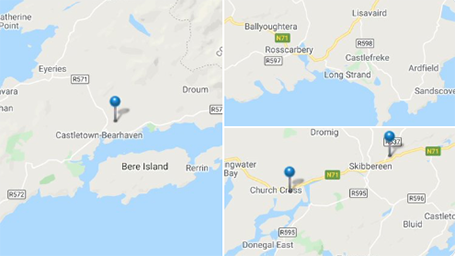 The ESB estimates about 40,000 homes across Co Cork are without power this morning, but many of those are also in East Cork, which also took a battering from Storm Ellen.

The winds are still pretty high in West Cork this morning, with a regular update of speeds available on the Fastnet Lighthouse page on Twitter: