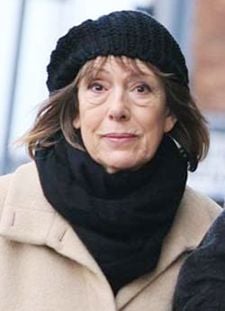 THE State has moved to halt an action for damages brought against it by Jules Thomas, the long-time partner of Ian Bailey, alleging she was twice wrongfully arrested by gardai investigating the late 1996 murder of Sophie Toscan du Plantier.

Mr Justice John Hedigan was told earlier this week that an application to have Ms Thomas’ case struck out – on grounds it was brought outside the applicable six-year time limit – is being prepared.

The judge said the application could be listed before the High Court on May 11th, the same day the judge will deal with the question of costs in Mr Bailey’s own failed case against the State.

The costs of Mr Bailey’s 64-day action, which concluded on March 30th last, are expected to be at least €2m, and could be as high as €5m.

Mr Bailey’s side were not in court for the brief mention of the matter, but it is believed Mr Bailey is actively considering an appeal against the dismissal of his case.

The court heard the State would be bringing an application to have Ms Thomas’ separate civil case – in which she is claiming damages on grounds including she was wrongfully arrested in February 1997 and in 2000, in connection with the murder of Ms Toscan du Planter – struck out on grounds it is statute-barred, as it is over the six-year limit under the Statute of Limitations.

Mr Bailey’s side opposed that application.

On day 62, Mr Justice Hedigan agreed to strike out many of the claims, including Mr Bailey’s claims of wrongful arrest in 1997 and 1998, on the grounds those were statute-barred.

The judge permitted Mr Bailey’s claim that gardai conspired to implicate him in the murder to go to the jury for consideration, but the jury rejected that claim.

Ms Thomas’ case is listed for mention in the next High Court list in May to fix dates for jury trials.

Last month, the jury of seven men and four women took just over two hours to reach their unanimous verdict dismissing Mr Bailey’s civil action for damages over the investigation into the murder of the French film-maker whose body was found near Toomore, Schull, on December 23rd 1996.

After the verdict was delivered on March 30th last, Mr Justice Hedigan said the shadow of the late Sophie Toscan du Plantier and her ‘tragic, senseless’ death had always been in this case.

‘It is a source of dismay and anguish in both Ireland and France that her killer has not been brought to justice,’ he said. ‘A beloved mother, wife and daughter, I do not want it thought that her life was forgotten here in this court.”

The judge also said he was referring a transcript of the evidence of witness Marie Farrell in the case to the DPP for whatever action the director might ‘deem appropriate’.

The case opened on November 4th and the verdict came on its 64th day.

Evidence was heard from 93 witnesses, 21 called by Mr Bailey and 72 of behalf of the State.

Initiated in May 2007, the case involved claims of wrongful arrest, conspiracy, false imprisonment, assault and trespass against the person and intentional infliction of emotional harm.

The defendants denied all the claims.