The size, scale and proximity of planned windfarms concerns some communities

‘OUR biggest surprise was the fact that nobody seemed to realise what was happening,’ said Niall Ó Faoláin of the Co Waterford-based Blue Horizon, a group of locals campaigning against the proximity of offshore windfarms to the mainland.

The group, based in the Helvick area south of Dungarvan, was shocked to find a fixed platform offshore windfarm was being planned by energy firm Energia, just 5km from the shore.

The map produced by local community group Blue Horizon shows the proximity to shore of some of the sites being examined by developers of seven projects planned off the Cork and Waterford coasts.

It is one of seven major windfarms being planned off the Waterford and Cork coasts, some of which will be amongst the biggest in the world (see map).

To explain the size of these sites, Niall explains that the Arklow bank landfarm off Co Wicklow, which many people will have seen, is 10km from shore, and has seven turbines, which are each 125m high.

By contrast, Energia’s planned windfarm, 5km from Waterford’s ‘gold coast’, will comprise a proposed 125 turbines, of 190m in height, or 50 turbines of 260m in height.

Meanwhile, the world’s largest windfarm, in Hornsea in the North Sea, is 50km from the nearest mainland.

‘We are all in favour of offshore windfarms, but not close to shore,’ said Niall, explaining that Ireland is the only country in Europe contemplating putting such massive structures so close to land. Blue Horizon wants a minimum distance of 22km to be introduced.

‘The nearer to land they are, the more dangerous they are to seabirds, for example, and we really just want some balance.’

It wasn’t just the proximity of the windfarms which upset Blue Horizon, but the sheer numbers and scales of the ones that are being proposed.

The government has given a commitment to the EU to reduce its carbon emissions and it hopes these major windfarm projects will be part of its strategy to meet its requirements.

The windfarm developers are waiting with bated breath to see the details of the government’s promised Marine Spatial Plan, which should reveal how the planning process for these windfarms will pan out.

Many EU countries which have already published their own plans have designated windfarm ‘zones’ for such projects, but O’Faolain fears that Ireland’s wind energy regulations will be a lot less stringent, opening the door to widescale offshore operations.

‘This is all part of a plan dating back to Pat Rabbitte’s time as Minister for Energy in 2012, when he envisaged Ireland should use its wind resources as an export commodity. There is a large cable interconnector between Youghal and France and we believe that is it proposed to use this to export electricity to Europe,’ explained Niall.

The latest map of proposed windfarms shows a large concentration of projects on the south east coast, stretching from Waterford to Kinsale, which would make the Youghal cable very suitable for exporting the resultant power.

‘This may be just the tip of the iceberg of what’s to come,’ he added, ‘but we just don’t know yet.’

As well as Blue Horizon, Niall says there are other groups who, while supportive of renewable energy, are beginning to see the dangers of what could be a poorly regulated industry.

‘There were many people who see offshore wind energy as an attractive form of renewable energy, but who have only now become aware of the possible impact on biodiversity – we have seen a lot of examples of this in the last six months. And they are now contacting us about their concerns.’

The ocean is ‘essentially a second lung’

While acknowledging that renewable energy is key in delivering the ambitions of the Climate Bill, Cork Environmental Forum (CEF) development co-ordinator Bernie Connolly has concerns about the ‘scale and the primary focus on exporting’ this resource. 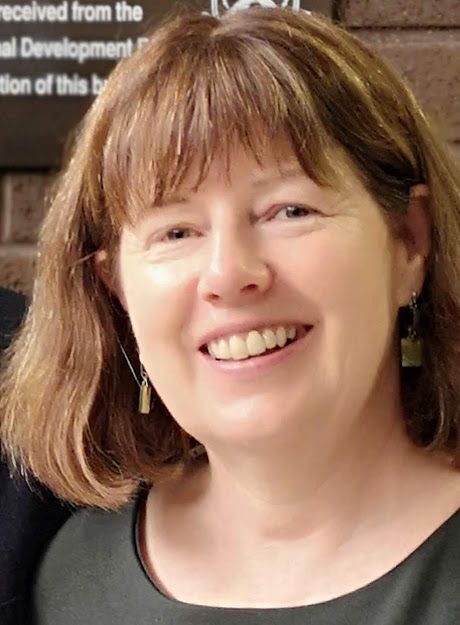 She said that CEF was concerned that major windfarm developments might happen before legislation is in place. ‘Our marine environment is already in an unhealthy state and we should not be doing anything to add to further deterioration of this valuable eco-system,’ she said. ‘Our ocean itself operates as an important carbon store and is essentially our second lung.’

She added that the industry needs to expand cautiously and slowly, conduct proper monitoring of impacts, and learn from mistakes along the way – as well as from other jurisdictions.

She is also in favour of the 22km limit from shore, or ‘exclusion zone’ and noted the ‘real issues’ with all of the nearshore projects planned, especially for East Coast but also Waterford and Cork.

‘The nearshore tends to be more rich and varied as regards plant and animal life, it acts as spawning grounds and feeding grounds for many species. It is also the area that already supports multiple uses such as inshore fishing, recreational space and valued visual landscape.’

Ms Connolly also noted that the turbines planned are ‘on a massive scale’ and have a lot of embedded carbon. ‘As yet, there is really no recycling of these [turbines], though it is being researched,’ she added.

She also drew attention to potential damage to the seabed, as ‘even the floating platforms will need to be anchored’.

Ms Connolly said other construction and operational impacts will include vibration, visual impacts, noise and light pollution and pollution from craft and other aspects of operations. ‘Species such as rays, skates and sharks use electromagnetic fields to feed, and for other activities which may be interfered with. A cause of concern is that there are gaps in our data and only some of this is being studied in more detail now. Until we have more information we need to proceed using the precautionary approach.’

One of the projects is the Inis Ealga wind project off the coast of Cork and Waterford, which will have an output of approximately 1 GW, which will supply 938,571 houses annually. DP Energy liaison manager Yvonne Cronin said the size of the turbines will depend on the technology used and what is commercially available at the time of construction. The company aims to have the turbines ‘about 22km’ offshore.

DP Energy has also submitted a foreshore licence application for a west coast project, off the Kerry/Clare border.

The company has put a ‘fishery liaison officer’ in place for all its projects to get early feedback from the fishing community before applying for its foreshore licences.

‘We are committed to continued and genuine dialogue and believe that fishing and windfarms can find a way to successfully live together,’ Ms Cronin added.

‘Long before any construction takes place, we will be undertaking surveys on the fish species present and fishing that is undertaken and this will inform an environmental impact assessment so that we can put in place appropriate mitigation measures, both during construction and during operation. Open, honest transparent and genuine communications is key.’

Ms Cronin says she has been in touch with numerous stakeholders including local councillors, environmental groups, business groups and even objectors. ‘The most important thing for me as stakeholder and community engagement manager is to ensure that as many people as possible have the facts about what is happening, and that I can listen to inputs and feed those inputs back to our development team so that we can act on them.’

She added that the company is aware of the concerns of tourism interests and, in particular, whale and dolphin watching companies. ‘Not only are we aware of the concerns of the whale and dolphin watching enterprises, but we are also perhaps more concerned about disrupting the whales and dolphins themselves. Before any windfarm will be built we will undertake the surveys and assessments necessary to ensure we are aware of all animals in the area and those that may transit and that we minimise any impact that we might have on them.

‘Once the windfarm is operational it will be possible to navigate through it, which will have the potential for offshore windfarm tourism.’

She said research has shown that windfarms can act as artificial reefs thus increasing local biodiversity, which in turn could actually increase the presence of marine mammals and fish.

Harbour has ability to be ‘unparalleled hub’ for wind energy

THERE has been a robust welcome for the offshore sector from a number of economic and business groups in recent months.

In a hugely positive embracing of the sector, Cork Chamber issued a statement in January, to welcome the Cork-based Simply Blue Energy deal with Shell. 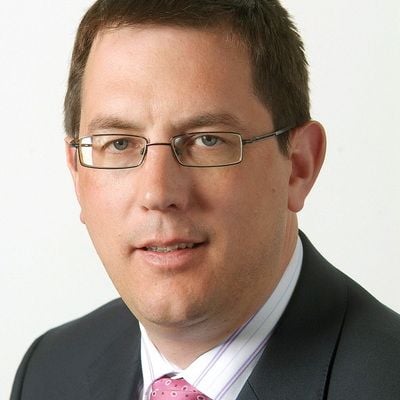 Speaking following the announcement that Shell were to acquire a 51% share of the Simply Blue Energy Kinsale venture, Thomas McHugh, director of public affairs at Cork Chamber, said there was ‘huge potential for floating offshore wind’ in the Celtic Sea and added that we are now witnessing the first significant waves of forthcoming investment.

‘The intent set out by Simply Blue Energy and their partners, Shell will be transformative for our economy, and our environment,’ the Chamber spokesperson said.
And in February the Chamber issued another statement, saying Cork harbour has the capacity to become an ‘unparalleled hub’ for floating offshore wind energy.

It said an ‘assessment study’ of the Celtic Sea estimated that there was potential for the development of up to 50GW of floating offshore wind capacity.

‘Cork harbour is in the process of being transformed into an offshore renewables hub by the private sector in a bid to realise this potential, with circa €200m of investments already underway by companies such as Green Rebel Marine, Mainport, Doyle Shipping Group (DSG), Simply Blue Energy, DP Energy and the Port of Cork.’

It added that the companies were part of a group which had come together with the Cork Chamber of Commerce to produce the Cork Harbour 2025: Ready to Float report.

Conor Healy, chief executive, Cork Chamber, said ‘The private sector investment that is already underway needs to be supported by progressive policy decisions at a government level, or we run the risk of Cork Harbour missing out on fulfilling its potential.’

The report called for the Cork County Development Plan 2022-2028 to be used to zone areas in Cork harbour for land use activities in support of floating offshore wind.

This is the final part of our special report into offshore windfarms. Read part one here and part two here.