A MAN and a woman from Skibbereen appeared at Bandon District Court on Monday morning in relation to an incident that took place in a house in Skibbereen in the early hours of last Sunday morning.

Paul Teal (23) of 15 Carrigfadda, Skibbereen and Nicole Robinson (46) of the same address both appeared in custody. 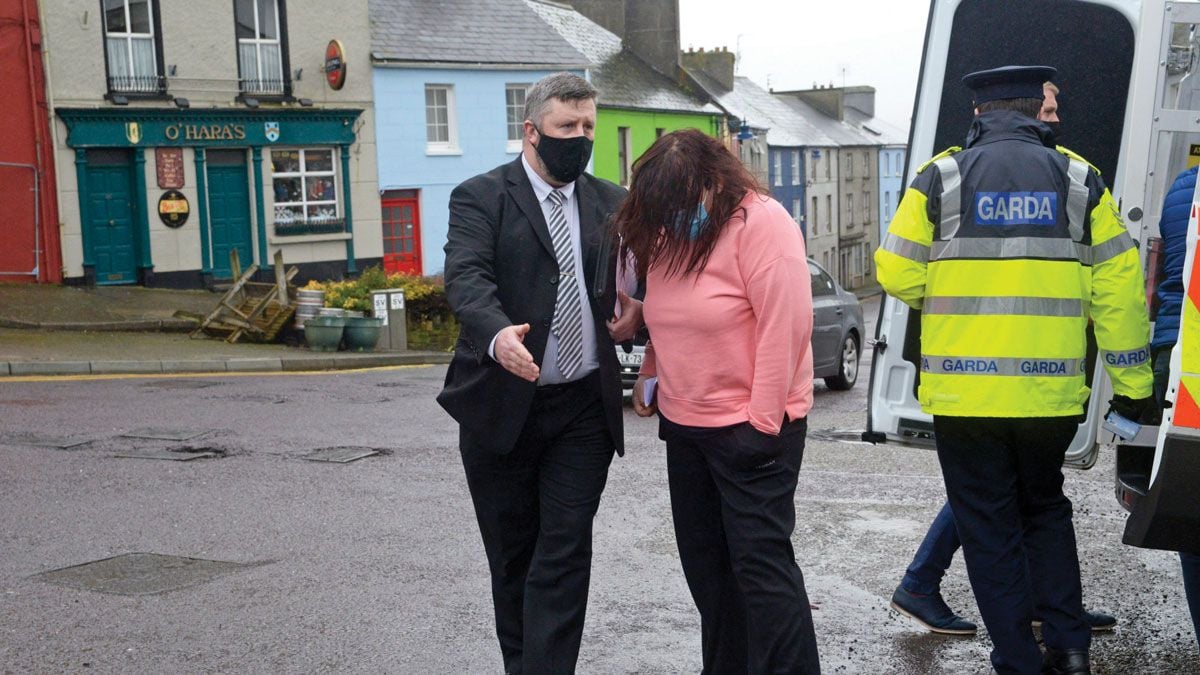 The pair faced three charges, namely two criminal damage charges and one burglary charge arising from an incident at 3 Gortnaclohy, Skibbereen at approximately 5am on January 17th.

Insp Dave Callaghan handed into court details of arrest, charge and caution by certificate and said gardaí had no objection to bail, provided both accused abide by agreed conditions.

The two accused were directed by Judge Colm Roberts not to go within 300 metres of  Gortnaclohy estate, to remain of sober habits and not to take intoxicants while out on bail.

They must also observe a curfew from 9pm to 7.30am each day and they are to have no contact either directly, or indirectly, with the injured parties.

Judge Roberts also directed both accused to buy new mobile phones within 24 hours of the court sitting and to furnish gardaí with their numbers. He reminded them that they will be in breach of their bail conditions if their phones are switched off, not charged or they fail to answer a call from gardaí at any time.

Free legal aid was granted to solicitor Flor Murphy who represented both accused, and the case was adjourned to Skibbereen District Court on January 26th.