The sheep swimming to board the ferry to Bere Island after missing the official departure time from Castletownbere.

A LATE arrival to board the Bere Island ferry in Castletownbere as it made its way back to the island, was looking pretty sheepish.

Skipper Glen Harrington explained how they just left the slipway in Castletownbere when he spotted a sheep in the water swimming towards the ferry.

Glen lowered the ramp of the car ferry, allowing the animal to clamber onboard, where she lay down to rest after her exertions. However, after a quick battery recharge, she jumped off again to make another break for it.

Glen said: ‘Just after we pulled away from the slip we saw the sheep swimming not far from the shore and managed to get her onboard the ferry, but after a few minutes she took off again for another swim.’ 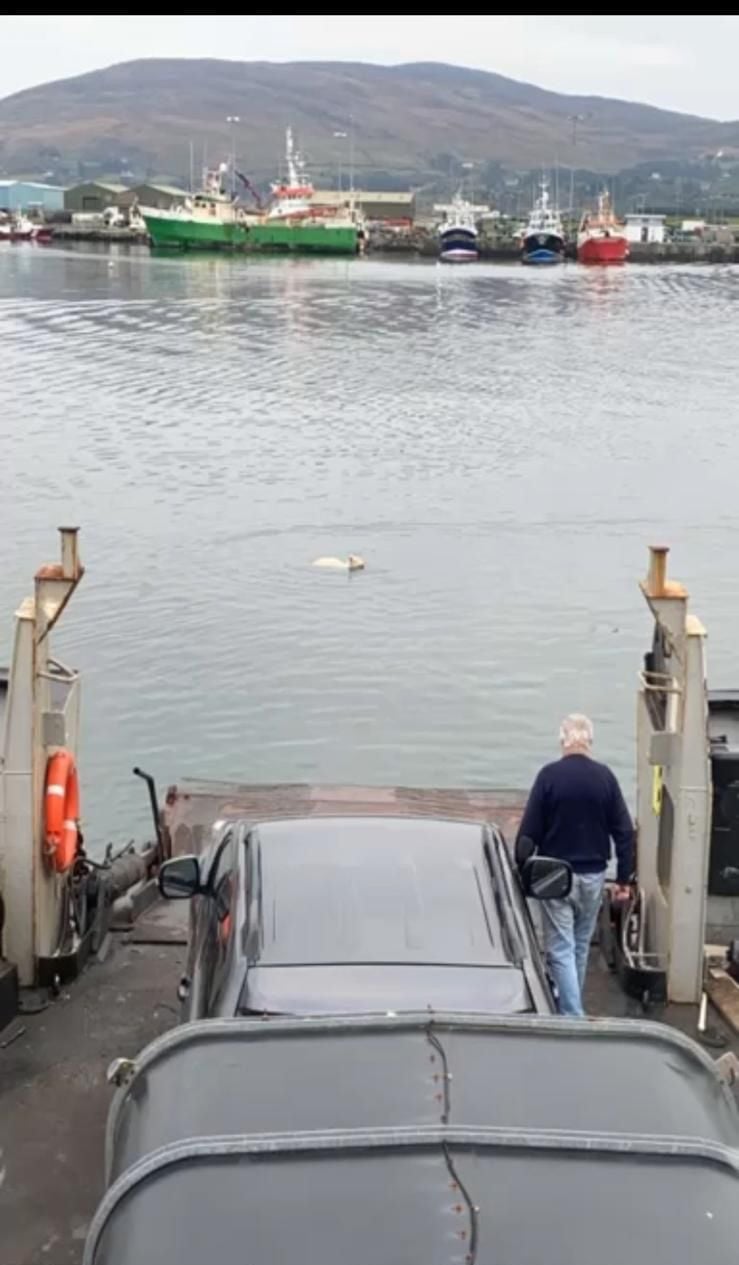 A further attempt to get the sheep back onto the ferry was successful and this time the animal remained on board.

The ferry turned back to Castletownbere where the sheep’s owner, a local farmer, had seen the drama unfold and was waiting on the pier to collect his charge following her attempts at a day trip to Bere Island.

Although sheep are not known for their swimming skills, they do swim in times of necessity.

The ferry eventually returned to Bere Island, landing at the pier in the west end of the island, also known as Oilean gCaorach – island of the sheep.