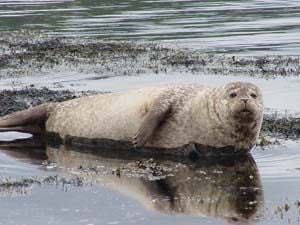 FINE Gael TD, Noel Harrington, has described as ‘absolute nonsense’ a suggestion that the proposed reconstruction of a West Cork pier could affect a seal colony 2km away. And he added that the seal colonies are now a threat to inshore fishing.

Mr Harrington welcomed the announcement that €2m has been granted for the upgrading of Duffy’s Pier as part of a €17.8m package announced by the Minister for Agriculture, Food and the Marine, Simon Coveney, TD, earlier this week.

However, he expressed concern that a planning application by the Department of the Marine to repair the dangerous condition of Duffy’s Pier in Cape Clear’s North Harbour is likely to be delayed following a request for ‘further information’ by Cork County Council’s own planning department.

The planning authority has queried whether the proposed pile driving at Duffy’s Pier would affect seal colonies located on the Carthy’s Island and Calf Island, both of which are over two miles from Cape Clear’s North Harbour.

Mr Harrington said: ‘Undersea noise is a constant feature of the maritime environment off the South West Coast, whether from onshore construction works or offshore vessels, some of which are the largest and noisiest in the world.’

Despite past and present activity, Mr Harrington claimed that the seal population in these waters ‘has exploded to point where the numbers are a significant threat to the viability of our inshore fishing fleet.’

Meanwhile, the West Cork TD welcomed the allocation of €890,000 towards the upgrading of Castletownbere’s fishery harbour centre. He said the works – such as electrical upgrading, the provision of a harbour slipway and sanitary facilities, as well as the replacement of the water network and the money to carry out a site investigation on the south side of Dinish Island – are ‘all welcome and necessary in the busy port.’

Mr Harrington also pointed out that West Cork communities may benefit from €1.4m, which will be used to complete a number of local authority storm damage projects.