The Mediterranean octopus can grow up to 10 or 12 kilos in size.

A ‘FISH’ out of water in Schull has found a new home in Dingle.

Vincent O’Regan recently found a Mediterranean octopus in a lobster pot two miles off Goleen Bay while fishing on board Jammar with crewman, Christy O’Driscoll.

It wasn’t the fisherman’s first unusual find. The year before he hauled anchovies and they went the way of the octopus – to Dingle’s Oceanworld Aquarium.

Vincent said it is normal to find an ordinary octopus in a lobster pot because they go in looking for a free lunch, but soon find there’s no escape from the D-shaped container.

‘This fella was very unusual,’ said Vincent. ‘I never saw the likes of it before. It was different in colour and way bigger.

‘I phoned Dr Kevin Flannery in Dingle. He asked me to hold on to it and he collected it the next morning.’ 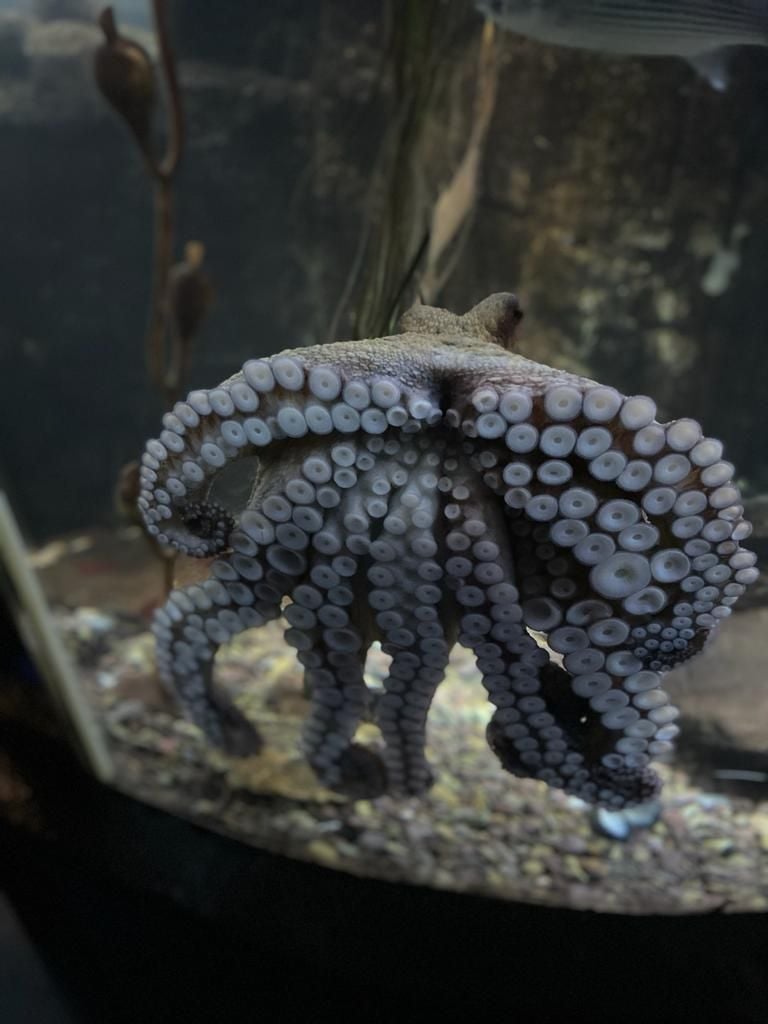 'Vince', the Mediterranean octopus, in his new home in Dingle.

The unusual find was recently featured on Tom MacSweeney’s Maritime Ireland Radio Show after the aquarium posted a video of the octopus happy in his temperate new environment.

According to show’s presenter ‘new species of marine life are being seen off our coastline, as some traditional species move away.’

On a previous show, Dr Flannery spoke about the failure of State agencies to develop new fisheries from the different species arriving in Irish waters.

The arrival of this Mediterranean octopus in south western waters is thought to be just one example of the impact of climate change.

Dr Flannery explained to The Southern Star that an octopus is not actually a fish. It is a shellfish.

‘They are fascinating,’ he said. ‘They are the most intelligent creatures in the sea. They are chameleons. When calm, they are white, but when angered, they turn red, and they are brilliant escape artists too.

‘They have the ability to watch what you are doing and can, for example, open a bottle or a jar after they’ve seen how it’s done.’

The lifespan of an octopus is short, about two years, but during its life it can grow up to 10 or 12 kilos.

Dr Flannery said the big danger to Irish fishermen is that they prey on lobsters and are quite voracious.

Vince – the name Dr Flannery has given his new resident – is now on a diet of squid and mussels.

The marine biologist appealed to fishermen who find a Mediterranean octopus in their catch to being it ashore because it is an invasive species.

The creature got a new ‘lease of life’ – culturally – when the Netflix documentary My Octopus Teacher became a massive lockdown hit recently.