A basking shark washed up at Inchydoney beach last Friday

A basking shark washed up at Inchydoney beach last Friday, and below, another at Harbour View on Monday, where PhD graduate in shellfish, Kate O’Mahony, spent time recording details of the dead shark. Rory Jackson of the Irish Whale and Dolphin Group said that along with Trinity College researchers, they were conducting a full investigation into both incidents, which he described as ‘unusual’. Samples of both sharks have been taken and post mortems will be carried out. 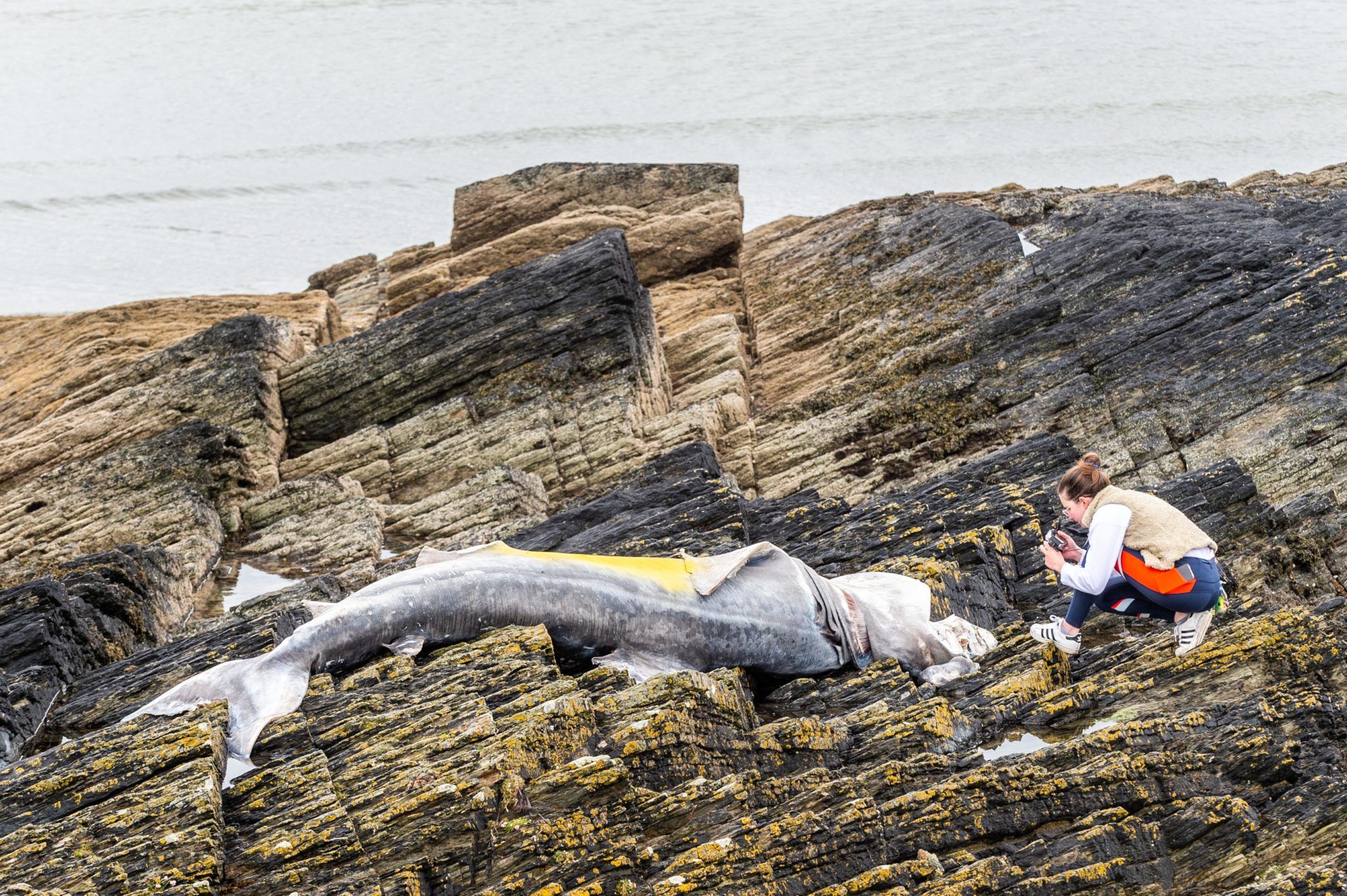