With a natural beauty like Lough Hyne on his doorstep, it made perfect sense for Skibbereen-based artist Rushes (Sean Walsh), to perform his first livestream set from a boat in the middle of the lake at sunset.

The 24-year-old performed a 15 minute set from one of his favourite spots in West Cork for the online AWAL Liverpool Sound City festival and described it as a ‘dream come true.’

‘It’s not your typical location for a set but it was brilliant to do it down there and it was shot by a local lad Darragh Casey,’ Rushes told The Southern Star.

With a new upbeat and summer sounding single ‘Funds’ just released, Rushes – who moved back to Skibbereen at the start of the pandemic last year – has relished being able to record music, and shoot videos from his home town.

His previous catchy single ‘Wide Eyed’ was released back in April, and it received great reviews too with the video shot last summer capturing the beauty of Skibbereen. Readers may also recognise the setting for the ‘Funds’ video as he shot it in Field’s SuperValu in February.

‘I used to work there when I was younger so I asked them if we could film the video there. It was a lot of fun to make.’ 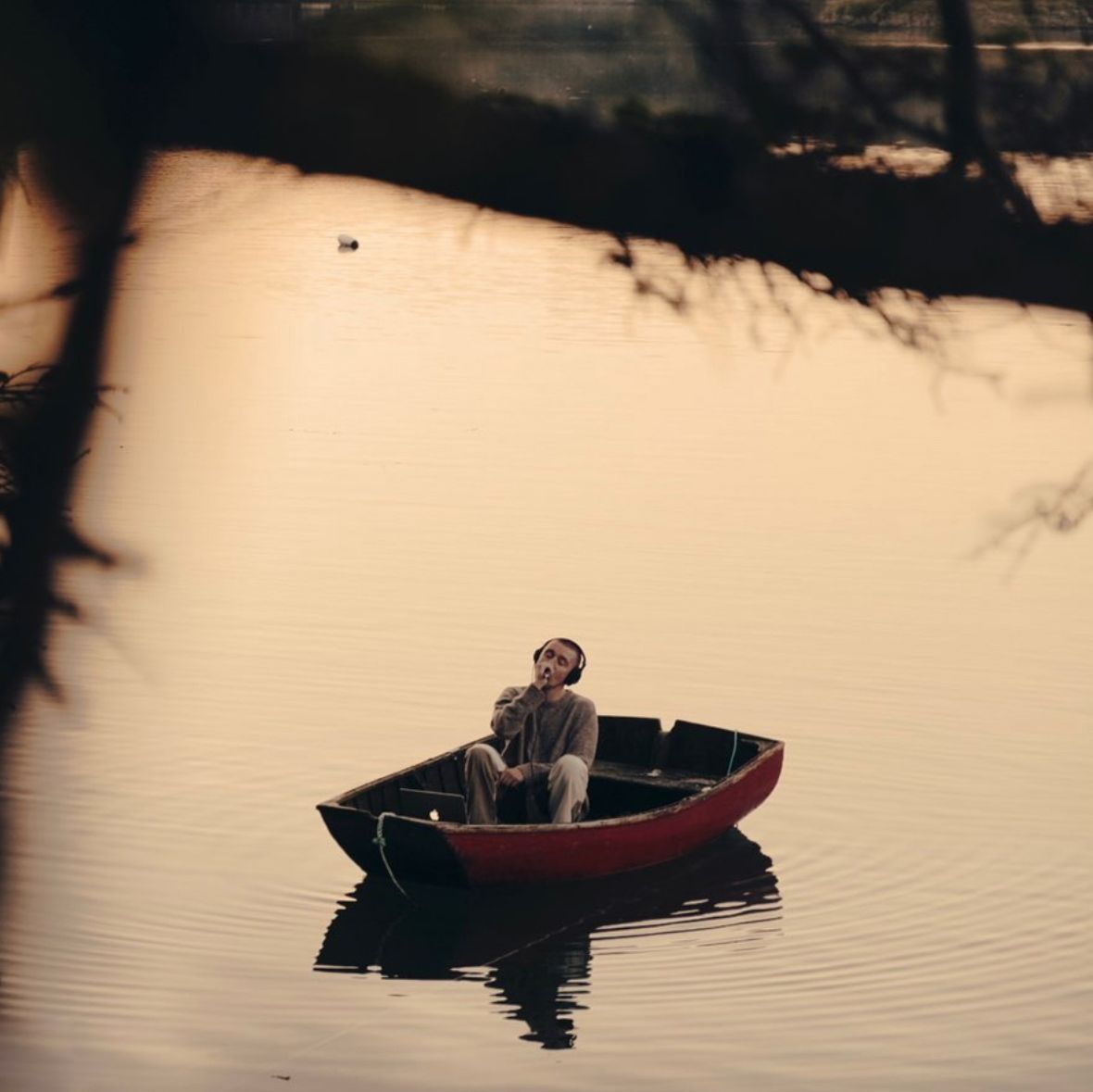 When he was younger all Rushes (Sean Walsh) wanted was to leave West Cork, now he’s glad he gets to make his music, and perform from places like Lough Hyne.

His musical prowess was also highlighted by RTÉ 2FM who selected him as a ‘Rising Artist’ in 2019. ‘Funds’ has already been added to Spotify playlists and the track has received extensive nationwide airplay too and has been name checked by several leading Irish music sites.

‘Wide Eyed was my first solo independent release so I didn’t have any expectation but the response has been incredible and it’s been great to make the music back here in Skibbereen.

‘With lockdown happening I made the decision to come home and it turned out to be an amazing experience as I got to make all the videos here, reconnect with my friends too and get them involved. But I also learned new skills and editing videos was one of them.’

The tracks he has produced will be part of a major project called ‘Glowchild’ which is due for release in September.

‘It’s a full length project with nine songs in it.

‘It’s also a long time coming as it was meant to originally come out at the start of lockdown but it got delayed but to make the extra bits like the videos at home has been really good.’

His beats are produced by producers in Dublin, while he concentrates on the lyrics and song writing.

‘I guess it’s alternative pop as it’s a different kind of  take on pop music. The upcoming releases are definitely more pop than Wide Eyed.’

Having studied music production in Cork for a year, he worked across various jobs in Dublin while trying to make his own music. Luckily, he also got to play some gigs at high profile Irish festivals like ‘Body & Soul’ and ‘Other Voices’ (twice) before the lockdown curtailed all live music but he expects it to be an amazing experience once live music returns properly.

‘Seeing as all my videos were shot locally I’m going to stay here and release them and do all the work from here. When I was younger I was trying to get away from here but now it’s a different story and home is important now and it’s great to reconnect with it.’