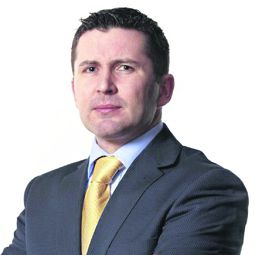 JONATHAN Healy’s popular Newstalk lunchtime show will be broadcast ‘live’ from the Quality Hotel in Clonakilty from 12.30 to 1.30pm on Tuesday next, February 24th, and members of the public are invited to come along and participate.

Among the topics to be discussed will be the bane of West Cork people’s lives – potholes.

The Southern Star will be represented on the panel for the show by one of its editors. Corkman Jonathan Healy joined Newstalk as the station’s southern correspondent in 2007, and was involved in establishing the station’s first studio outside Dublin on Opera Lane in Cork city centre. Previously, the UCC law graduate had worked as a correspondent with Sky News. Since 2010, he has been a presenter of Lunchtime, one of Newstalk’s flagship news programmes.