The Courtmacsherry RNLI were called out to release the dolphin in deep water. (Photo: Andy Gibson)

THE RNLI were called out to help a dolphin which was stranded for several hours in Timoleague earlier today.

A group of locals attempted to move the dolphin which had come in on low tide, but couldn’t return to sea. 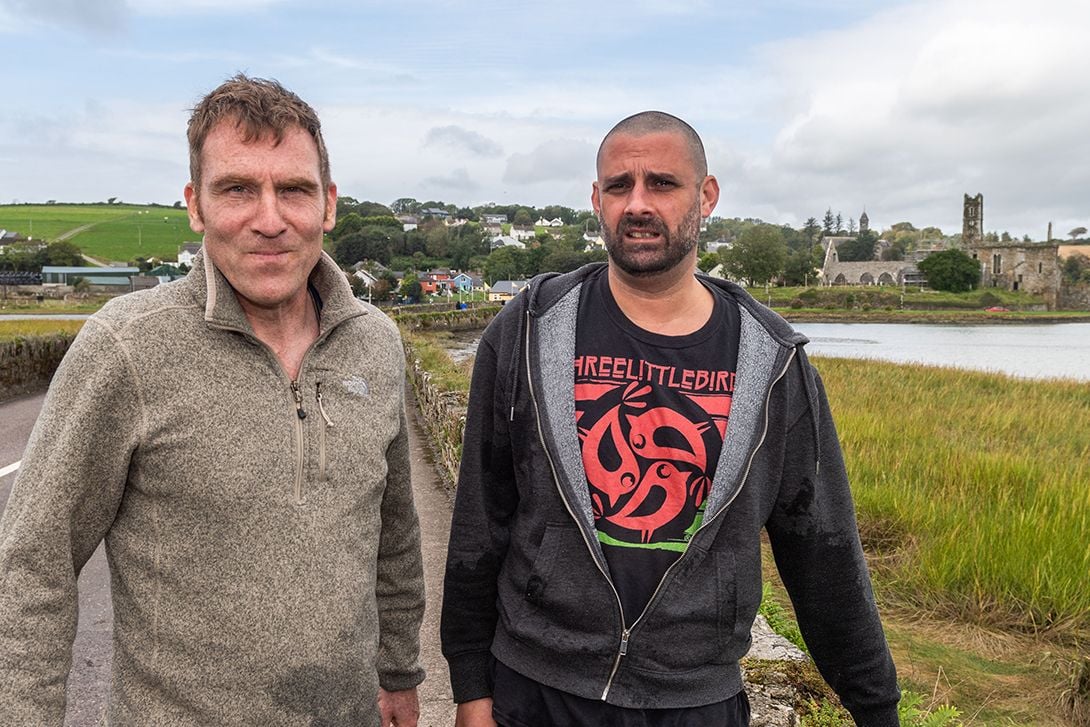 Two concerned locals, Mick and Clive, who attempted to help the dolphin swim out to sea. (Photo: Andy Gibson)

The dolphin had a damaged tail and had one eye permanently closed.

It is not known how the mammal became injured but there were fears it would not survive without some help, and eventually Courtmacsherry RNLI was contacted to come to its aid. 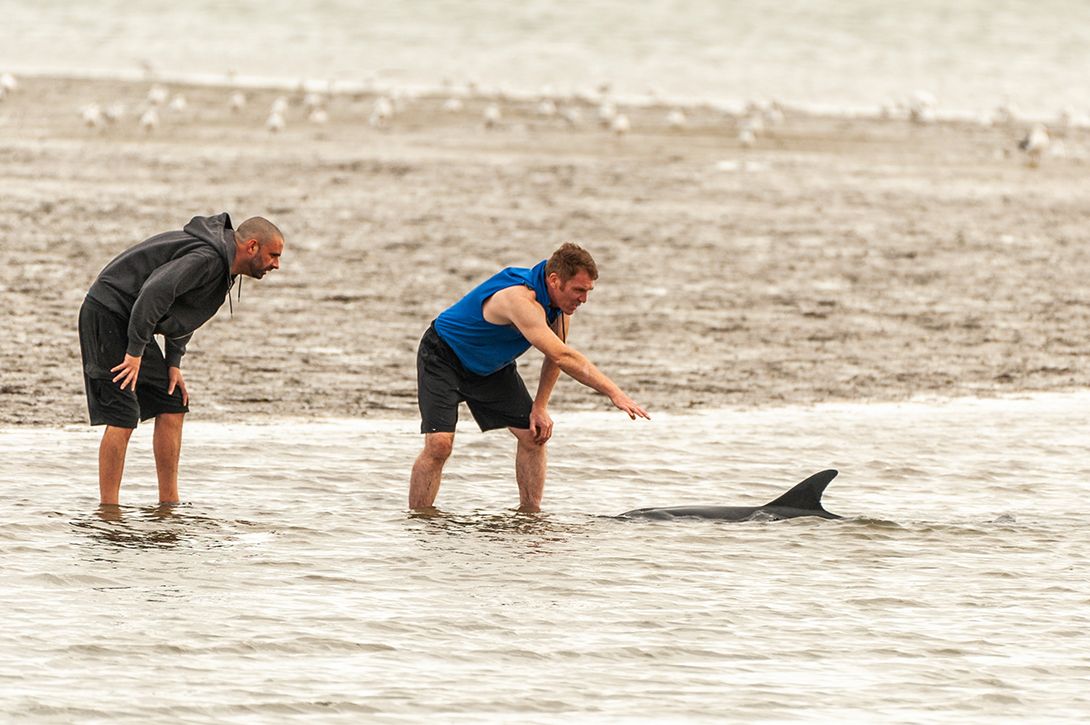 Mick and Clive came to the aid of the dolphin. (Photo: Andy Gibson)

As our photos show, the dolphin was lifted into the RNLI rib from where it will be returned to the sea in the hope that its injuries are not life-threatening and it can return to the wild.