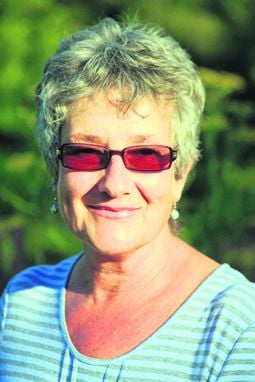 SEVERAL West Cork gardens have been featured in The Irish Garden magazine recently.

The magazine, edited by garden guru Gerry Daly, is the go-to guide for gardening enthusiasts across the country.

Last month, the magazine featured the hillside garden of Susan and Michael Cobley outside Bantry, and, this month, there is an attractive two-page spread of Pip Biagi’s garden in Ahakista, as well as lots of information about the 21st anniversary of the West Cork Garden Trail.

Writer Shirley Lanigan visited Pip Biagi’s beautiful but exposed garden on the Sheep’s Head peninsula and described how the garden that Pip bought in 1996 ‘was not the usual plain field that ambitious gardeners take on and transform’.

‘This,’ she said, ‘was the most untamed few acres of scrub imaginable, but Pip is an artist whose taste is equalled by her appetite for work. Today the rough plot is a charming garden sensitively tucked into its exceptional surroundings.’

Shirley Lanigan describes many aspects of the garden including a new, wilder section of the garden, over a sleeper bridge and a little stream, along a moss and stone lined path, past ‘Cornish Snow’ camellia with its little white, single, scented flowers.

‘The rocky outcrops we past would be the envy of any rockery gardener. Pip’s garden,’ she concludes, ‘has truly found its place in this natural paradise.’