CHRISTMAS came early for 11 students from Rossmore after an extra bus was this week provided to take them to secondary school.

Since last August their parents had been forced to organise their daily commutes to school in Clonakilty.

The students, who  were ‘concessionary’ bus ticket holders – their nearest school is in Rosscarbery – were not given seats on the school bus because the service was oversubscribed after the Minister opted to waive schoolbus fees this year.

Speaking to The Southern Star, Concubhar McCarthy, whose son Craig started Clonakilty Community College in August, said securing the was was ‘like getting six numbers in the Lotto.’

‘We are absolutely delighted and thrilled to bits that this has finally been resolved. It is also almost like an early Christmas present for all the students concerned,’ said Concubhar.

‘We have all been in dire straits trying to juggle work with the daily school commutes, and we were really under pressure.

‘Even our children were being forced to get up one or two hours earlier just to make sure they got spins to school,’ he pointed out. 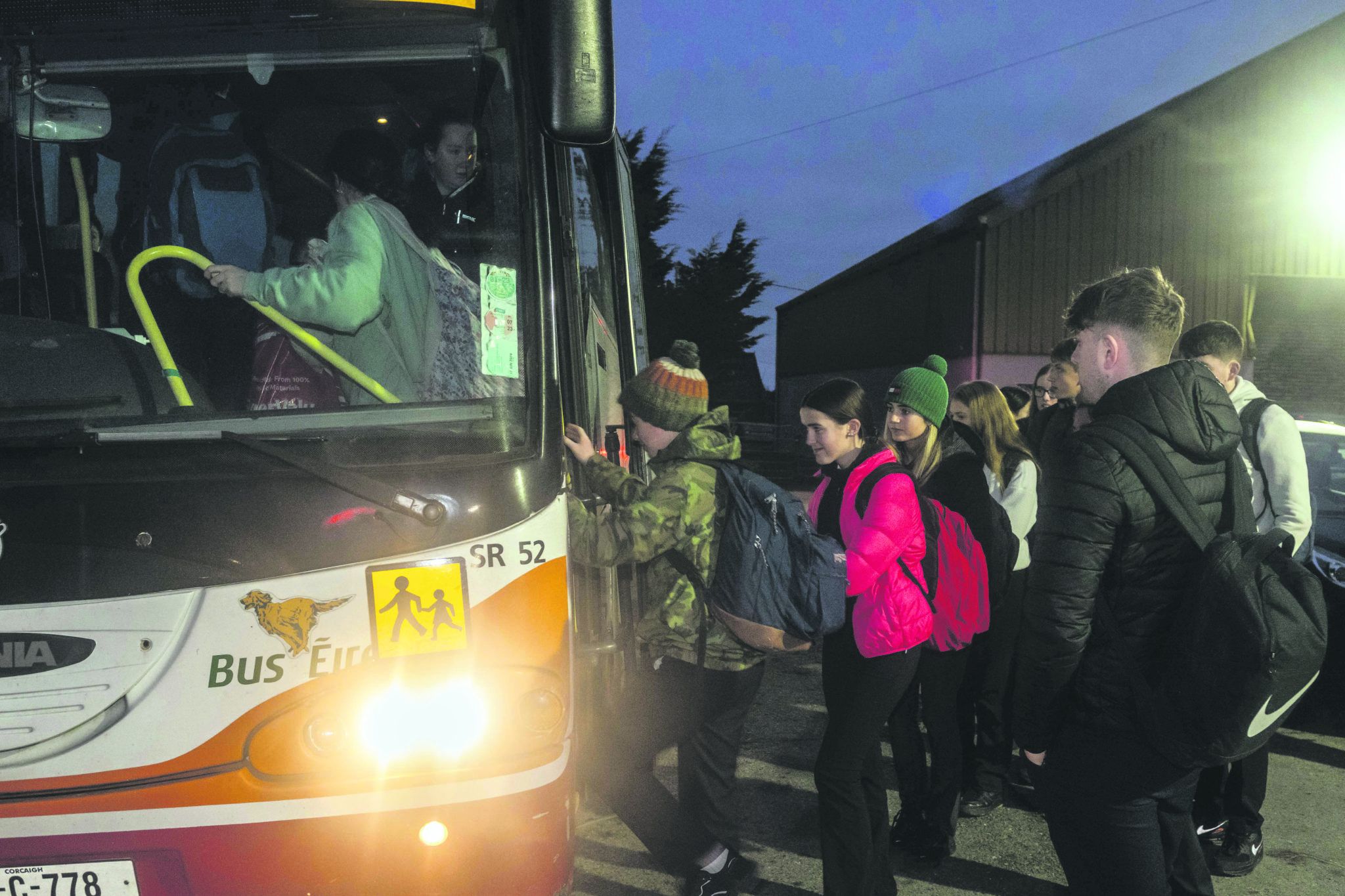 He thanked local politicians including FG Sen Tim Lombard and FG Cllr John O’Sullivan for campaigning on their behalf and he singled out for particular praise FF TD Christopher O’Sullivan and his team for finally getting it over the line.

‘Chris and his team were fantastic and they persevered so hard and they did Trojan work in making this happen. They really did pull a Houdini in getting this extra bus.’

At the start of the school term, 22 students were left stranded at the side of the road and Rossmore was one of the worst affected areas in West Cork when it came to chaos in the school bus transport scheme.

‘We now know that there is room for an extra bus and it won’t go to waste as there’s 12 from national school going to Clonakilty next year and even more the year after,’ added Concubhar.

However, he described the school bus transport system as ‘draconian’ and said it was frustrating that they were even willing to pay for the bus tickets.

‘When it became free the goalposts shifted and that left us out of the system and without bus tickets.’ he explained.

Deputy O’Sullivan told the Star that he was delighted for the parents and, more importantly, the students affected who have had to put up for months without a school bus to get to school. ‘An extra bus has now being sanctioned to cater for the 11 students,’ he said.

‘I also want to commend the parents for an excellent campaign. The important thing now is that we don’t have this issue again next year,’ said Deputy O’Sullivan.