Paddy is raised high after his 2007 election at the Clonakilty count centre.

John Bruton knew the TD’s wife, Frances, too. He knew her well enough to say: ‘Paddy owed her a huge amount. It was a mark of the woman that she was as well-known as he was.

‘Frances was his partner, not only in life, but also in politics. They were inseparable, and now it seems they are inseparable in death too.’

Paddy Sheehan died on Monday, August 10th, seven days after the woman he adored – the mother of his children Diarmuid, Deirdre, Eucharia and Maebh – passed away. John Bruton told The Southern Star he had spoken with Paddy during the week about his very great loss and that he seemed to bear that loss with great fortitude, but, ultimately, her illness, and her passing, took its toll. 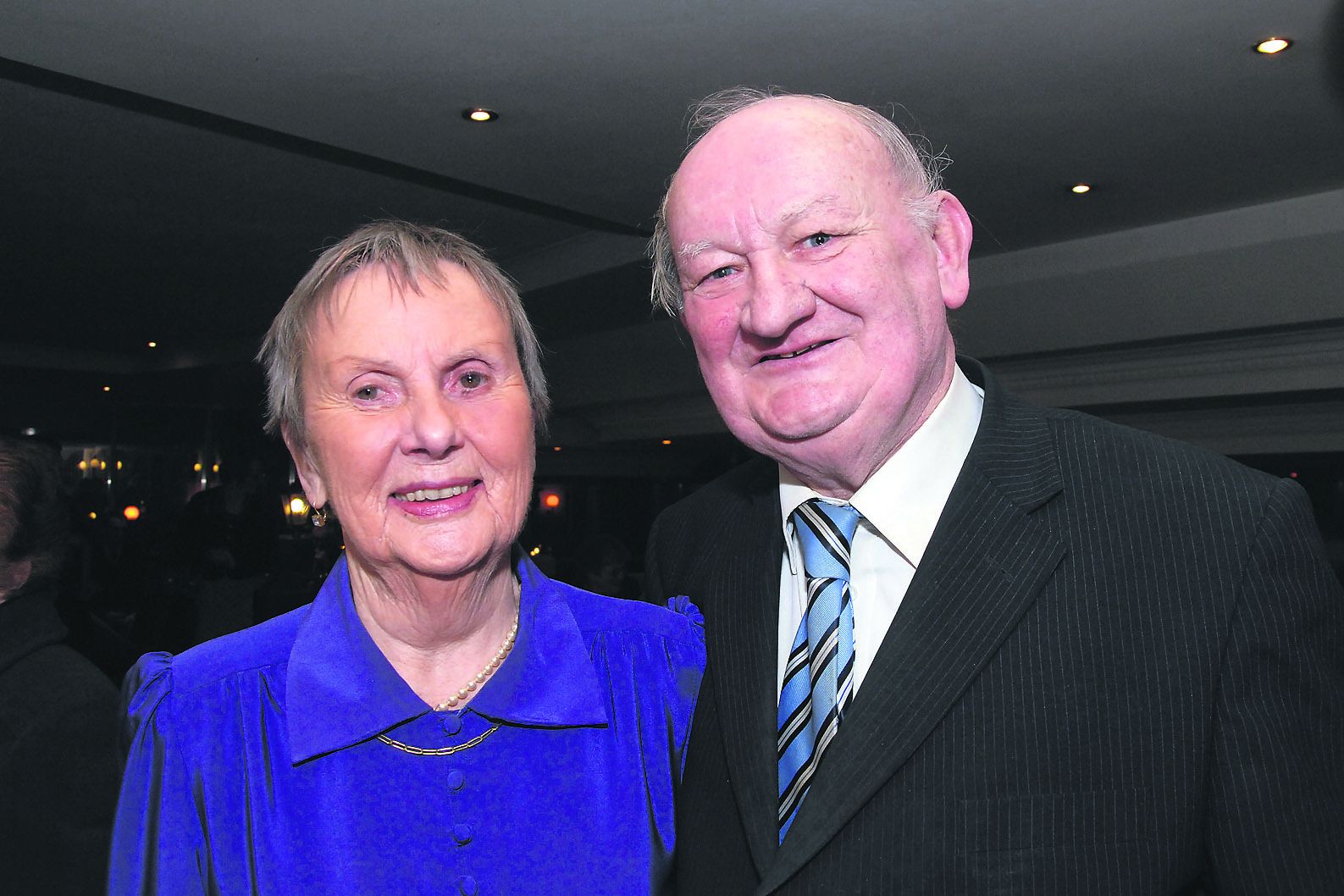 Paddy with his beloved wife Frances, RIP, at a function at the Westlodge Hotel in Bantry to mark the Goleen man’s retirement from politics, in 2012.

According to John: ‘Everyone on all sides of the political divide liked Paddy. He was very effective throughout his political career in his interventions in the Dáil. They were not always orthodox interventions, but he could make himself heard.’

Former TD Jim O’Keeffe – who  was one half of  the seemingly unbeatable Fine Gael duo in the three-seater constituency of Cork South West – said Paddy was known for his warm personality, his big smile, and the fact that he was a master of the colourful phrase.

He said: ‘These characteristics endeared him to people. He was also full of energy and used that energy to work non-stop for the people of West Cork. It was because of his enormous input that he continued to be hugely successful electorally.’

Senator Tim Lombard (FG) can claim more than a political affiliation with Paddy. Their families were closely connected because Tim’s uncle ‘Pake’ joined forces with Paddy to form Lombard Sheehan Auctioneers in the 1970s. 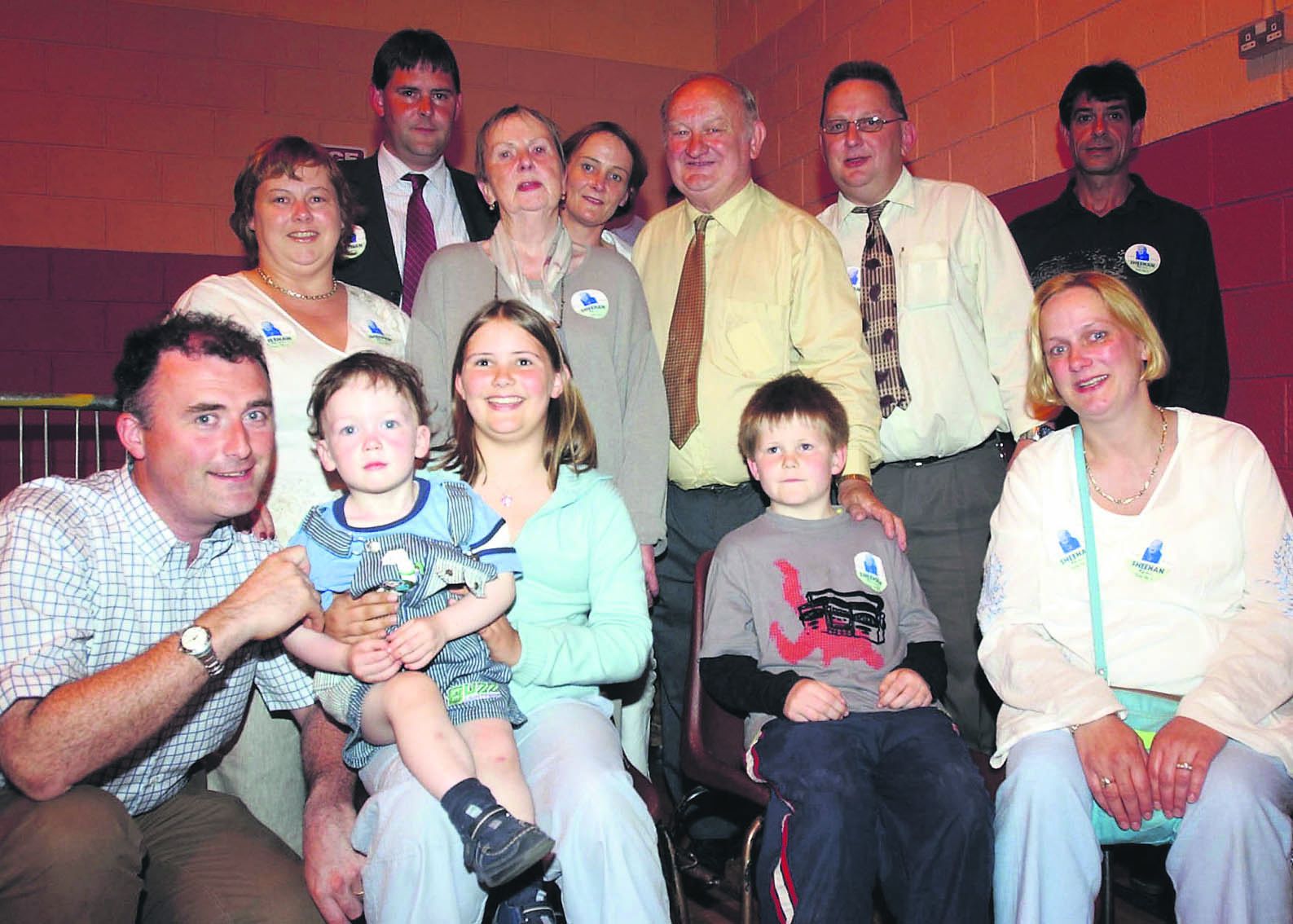 Paddy with his family at the count centre in Clonakilty in 2004.

‘As a young man, he made an indelible impression on me, but I am sure everyone in West Cork could make that very same claim,’ said the senator who believes ‘we will not see his likes again.’

There were also tributes posted online this week by Foreign Affairs Minister Simon Coveney. ‘Very sad to learn of the passing of PJ Sheehan. I’m in West Cork this week, near Goleen, his home and heartland. He was much loved by people in West Cork and beyond. Sincere sympathy to the Sheehan family. RIP Paddy,’ he wrote.

And former TD Jim Daly also posted on Twitter: ‘A friend, colleague, mentor and inspiration to become a public representative. Ní bhridh a leitheád arís ann. Reunited with his beloved and fiercely loyal and devoted wife Frances within a week. May they both RIP. Two incredibly hardworking servants of the people of West Cork.’

While another former Fine Gael TD, Castletownbere-based Noel Harrington added, on Facebook: ‘Very sad to learn of the sad death of former TD, and friend, Paddy (PJ) Sheehan barely a week after his beloved wife Frances. May he Rest in Peace.’ 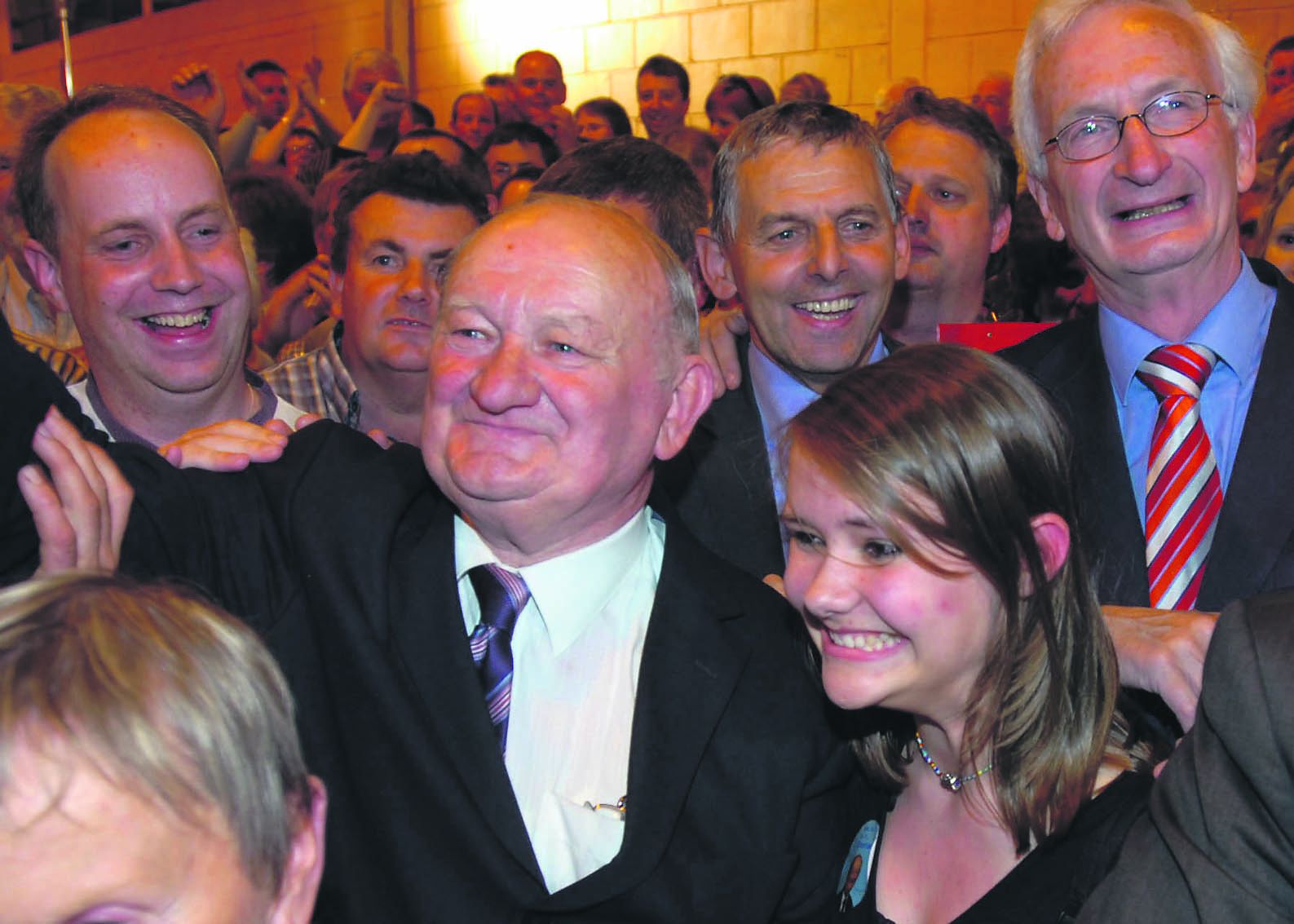 Paddy at the count centre in Clonakilty, at the 2007 count with some familiar political faces! (Photo: Martin Walsh)

The funeral arrangements allowed for the people of West Cork to show their respects in a socially-distanced way as the funeral cortege on Thursday morning (13th) passed through  Toormore at 11.30am, Durrus at 12 noon, Ballydehob at 12.40 (via Bantry Cross/Barnagaoithe), Schull at 12.55pm and arriving in Goleen at 1.30pm for a private requiem mass at 2pm in Church of Our Lady, Star of the Sea and St Patrick’s, Goleen, followed by burial in the adjoining cemetery.

Donations in lieu of flowers, if desired, can be made to Cork Simon Community. In keeping with current government guidelines on public gatherings, Paddy’s funeral took place privately.