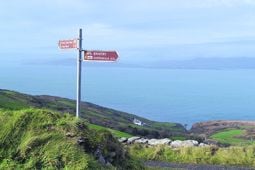 Objections to a planning application by Bantry Bay Mussels Ltd have been lodged with Cork County Council.

Bantry Bay Mussels Ltd submitted a planning application on April 15th last for the construction of a new two-storey seafood processing facility at Gortalassa and the local authority is due to make a decision on the application on June 9th.

One of five submissions on file with Cork County Council objected ‘in the strongest possible terms’ to the application on the grounds that the company already has an existing but unused premises.

‘Why do they need this new and quite inappropriate additional development adjacent to their existing factory?’ asked one objector.

Another local objector claimed the development would impact on tourism, particularly the appeal of the region’s award-winning Sheep’s Head Way. The submission states: ‘The Sheep’s Head Way, a tourism gem, is internationally recognised as one of Ireland’s premier walking routes and a recipient of the Waterford Crystal Award, the prestigious EDEN Award, and accolades from the Irish Tourism Industry Awards.’

It also points out: ‘The stretch of water immediately north of the proposed site is the first major stretch of water that is seen by people travelling along the A126 westwards from Bantry along a designated stretch of the Wild Atlantic Way.’

Another submission claimed that industrial expansion in the area would ‘expand the already considerable industrial degradation of the natural heritage, environment and landscape of this fragile location.’

Objectors also claim the application ‘fails to properly address the impact of the increased traffic, particularly heavy goods vehicles (HGV), that this facility will generate’, they say.

‘Notwithstanding improvements that have been carried out in recent years, the road from Bantry to Gearhies remains one particularly unsuited to HGV traffic’ and could, the objector alleges, threaten the safety of hikers, cyclists and sightseeing tourist traffic, as well as residents.

The Southern Star was unable to contact a representative of Bantry Bay Mussels before going to press.