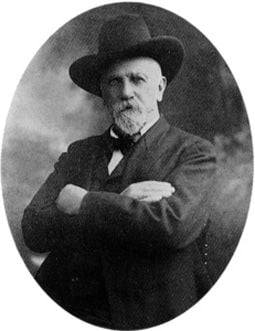 A section of a video that explores Ireland’s struggle for independence at the turn of the century relates to the famous Skibbereen fenian, Jeremiah O’ Donovan Rossa.

The whole film, called Birth of a Nation, was made by Gerard McCarthy to bring around to schools in the build up to the 1916 centenary.

Gerard uses original black and white footage to put together a picture of Ireland during such a pivotal time of its history. Included in the O’ Donovan Rossa footage are James Connolly, Rossas’ wife and daughter, as well as Paidraig Pearse. For more information about the film, visit www.irelandbirthofanation.com

There are still plenty of events yet to come as the O’Donovan Rossa centenary commemorations continue in Skibbereen.

This Monday and Tuesday, the play “Rossa” will be shown at the town hall at 8pm. Also this Tuesday night, an historical walk featuring historical sites around Skibbereen will begin from 7pm at the Fairfield Car Park, and the “March Back in Time” torchlit parade will take place on Friday, July 24th.