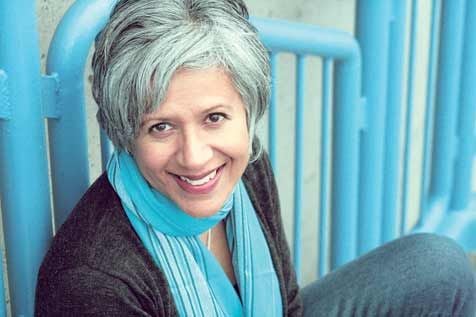 AN award-winning Canadian poet, who lost her aunt and uncle on the Air India flight that crashed off West Cork in 1985, is coming to Skibbereen next week.

Renée Sarojini Saklikar was 23 years old when her aunt and uncle were murdered on June 23, 1985, in the bombing of Air India Flight 182.

In her first book of poems, children of air india: un/authorized exhibits and interjections, Saklikar presents a powerful and deeply personal collection.

On the eve of the 30th anniversary commemoration of the bombing, Saklikar will join other Air India families to attend the services in Ahakista.

On Monday June 22, 7pm, at the West Cork Arts Centre in Uillinn, Skibbereen, Saklikar will present a reading from her book, including a short talk: ‘History, Grief, Remembrance’ on the interconnections between the people of Cork and Canada in the aftermath of the bombing, relationships and stories that have continued over the years. The event is free and open to the public and personalised books will be available for purchase.

‘My family will never forget the compassionate care given to us by the people of Cork, in the days just after the bombing: search and recovery crews as well as nurses and doctors, and many local people, reached out with kindness and incredible support and continue to do so till this day,’ said Saklikar, whose poetry about the Air India bombing will be adapted for music and voice later this year in an Irish-Canadian production supported by Culture Ireland and featuring the work of Irish composer Jürgen Simpson and Irish director Tom Creed.

It was Canada’s worst case of aviation terror – all 329 passengers and crew perished, including 82 children under the age of 13. Of the dead, 280 were Canadians, 27 British citizens and 22 Indians. Of these, were Saklikar’s aunt and uncle, returning home to India from a visit in Vancouver, British Columbia.

Meanwhile, former Skibbereen resident and writer Dipika Kohli, is launching her new book next Tuesday. Gathering the notes for ‘Kanishka’ – the name of the Air India flight – took her to Ahakista, where she lived from December 2000-January 2004.