Some members of the ‘F’ company auxiliaries; Sheil, who joined the IRA and later betrayed them.

In November 1920, Lloyd George boasted at the London Guildhall that he had ‘murder by the throat’ in Ireland. A new book by the same name reveals new information on enemy agents – some from throughout West Cork – from that time, as its author Edward J Bourke outlines

ON the afternoon of Sunday May 15th 1921, Hugh McClean and Cooke, two off-duty Black and Tans, were in Mayor’s Wood when they were ambushed and shot by IRA volunteers.

Cooke survived, but McClean, wounded in both lungs, died that evening.

As the ambushers left the scene they were spotted by Marjorie Young, a 21-year-old shop assistant from Bridgetown, Skibbereen.

Local IRA deduced that she had informed, putting their battalion officers at risk of a death sentence.

She was listed in intelligence papers as ‘guilty in the first degree’ – which would almost certainly have marked her for death if she was a man.

Over the course of the war, 240 men and three women were shot as spies by the IRA.

Just 100 years ago in September 1921 during the Truce when both sides eyed each other warily, each IRA division reported on the British strength in their area.

One section of the report listed alleged enemy agents and Marjorie was one of these. It amounted to a death list in reprisal for executions of IRA under death sentence should hostilities have resumed.

They name 2,000 as spies – 250 in Cork. These people had foiled ambushes, revealed arms dumps, and pointed out houses for raiding. Others associated with police, Tans or Auxiliaries and were liable to talk loosely.

On November 10th 1920 Lloyd George boasted at the London Guildhall that he had ‘murder by the throat’ in Ireland.

Accounts of the Irish War of Independence emphasise the loyalty of the people and the assistance given to the flying columns. But no less significant were ex-soldiers, former police, Loyalists and others who were hostile. 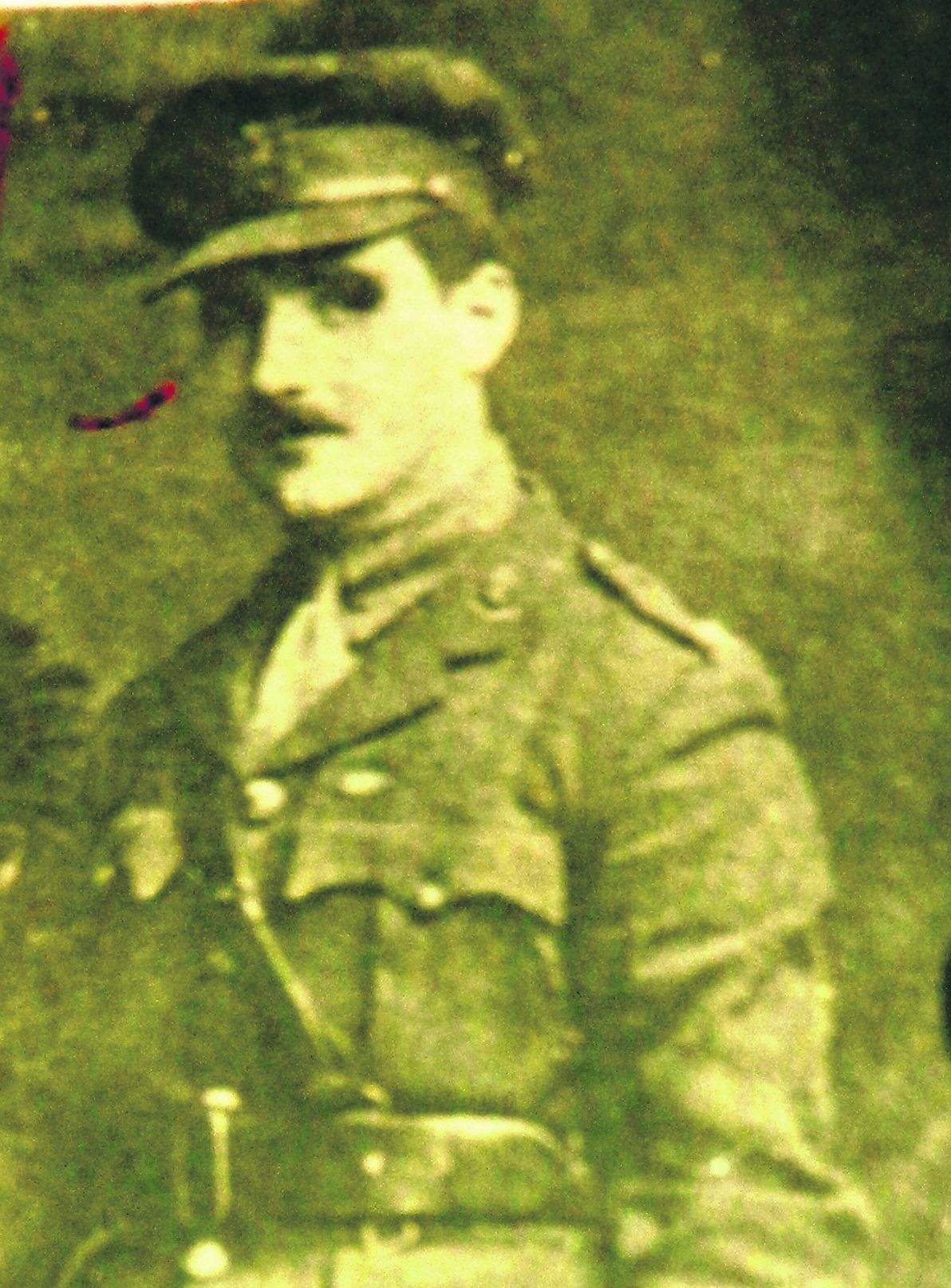 The British operation that lead to Crossbarry was a search for an arms dump betrayed by Buckley, a spy within the IRA.

At Nadd, a British intelligence officer, Captain Kelly, managed to join the flying column and led troops to outflank the IRA, killing five.

While the deserter Monaghan’s explosive expertise was acknowledged, none of his mines exploded effectively, and he died at Crossbarry.

Sheil joined the IRA and later betrayed them. He escaped retribution, though there are three separate accounts of his demise.

Murder by the Throat investigates intelligence activities countrywide in 1916-1922, offering a new perspective on the war.

Percival, commander of the Essex regiment at Bandon, said that a local IRA officer gave him information which foiled actions by the West Cork flying column.

Despite working for Florence O’Donoghue, as well as typing for the intelligence section at Victoria Barracks, there is no evidence that Josephine Marchmont supplied any information of value or foiled any of the British operations directed by Captain Kelly. 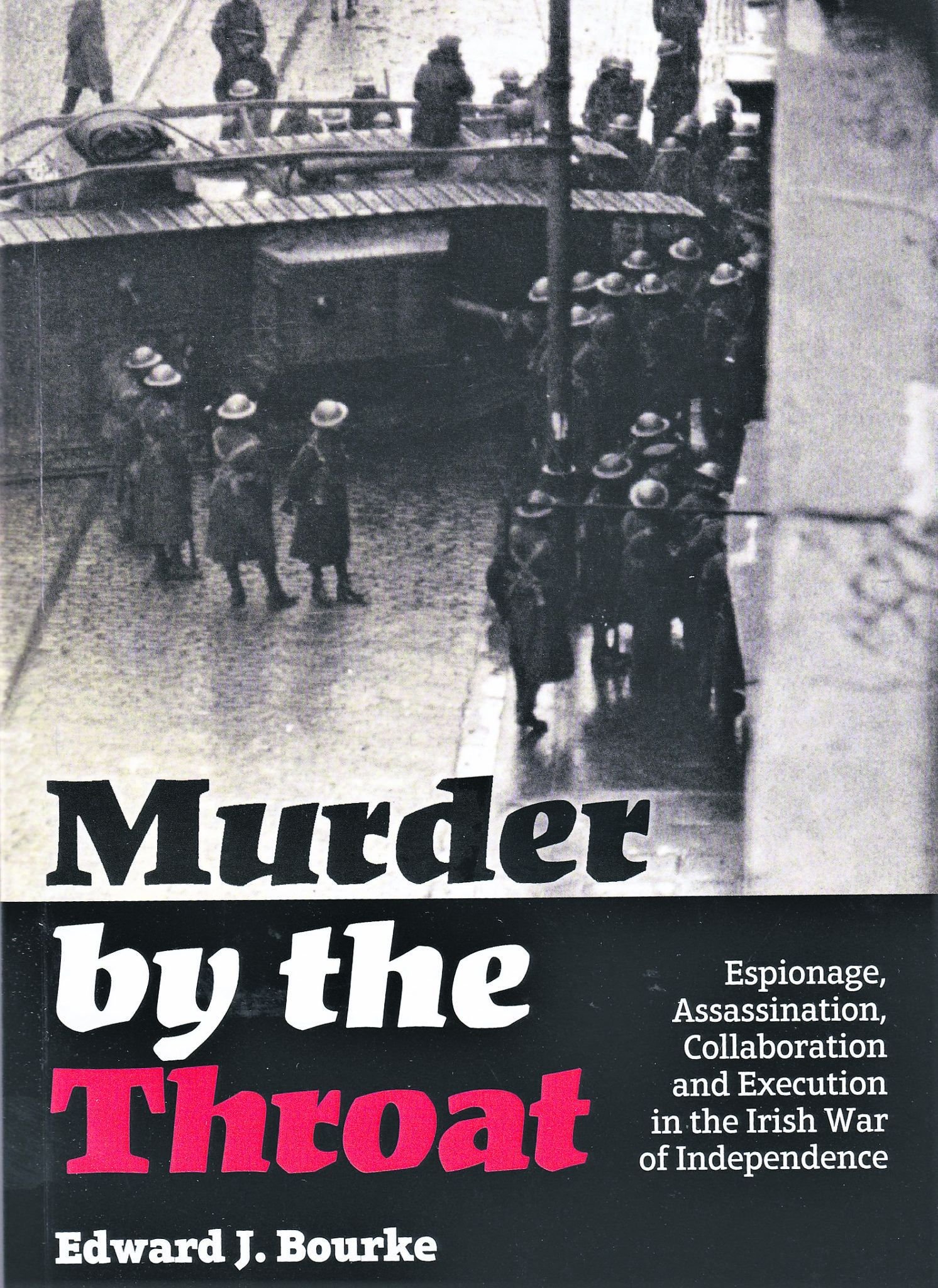 Myths repeated by historians abound and need to be debunked. For instance, research showed that the name ‘Cairo gang’ was not mentioned before 1958.

The infamous photograph widely supposed to show the intelligence agents killed on Bloody Sunday is of the special gang of F company auxiliaries.

Even the National Museum mis-labels the photo ‘Igoe Gang.’ Similarly, it is stated that Michael Colllins wiped out the Secret Service on Bloody Sunday, but only 14 of the 80 were killed.

• Murder by the Throat (€20) is available in several bookshops, including at Cathal O’Donovan’s in Skibbereen.