Maria and her friends with Sr Joseph in primary school in Beara in 1973.

With three weeks off school for Christmas holidays in the 70s, it certainly wasn’t an easy task to get back into the swing of things – all youngsters could hope and pray for was a snow day!

WHEN I went to primary school back in the 1970s, we had almost three weeks off at Christmas time. I spent most of my holidays in front of the fire in the sitting room keeping toasty warm, with my new toys, or playing games with my siblings.

RTÉ was on during the day, so I watched the best children’s TV. But all too soon, the night of Nollaig na mBan had arrived. I knew the biggest nosedive of an anti-climax was to follow the next day; the dreaded return to school.

Going back to school in January was always harder than in September. It was frosty cold, and it was difficult to leave the warm bed in the morning, especially knowing I was facing a cold classroom with inadequate heating.

The first morning was like torture. Porridge with hot milk was back on the menu. No more fancy scrambled eggs and toast, or a fry-up. Flasks appeared with the best of homemade soup that simmered on the range until we were almost ready to go out the door. Along with the slices of bread for dipping, there were a few treats for a few days from the tin of USA biscuits (well, the plain ones that nobody liked).

I had to be careful with my flask as it had mirrored glass that shattered easily and on more than one occasion, the sound of cracked eggshells originated from mine, which meant an empty belly until I got home. It wasn’t easy telling my mam I needed a new flask because she would be cross. But it wasn’t my fault they made them too delicate!

At the front door, my mam was excited for me and tried to fill me with enthusiasm about meeting up with my friends and showing off some of the new clothes I got for Christmas. I suppose that was her way of coping. It must have been awful for her to be home alone. As she wrapped my scarf around me and handed me my hat and gloves, I always felt like the cat being put out of the house when it really wanted to be curled up in the warmth.

I scurried to school, hoping to meet my pals in the playground. There were loads to catch up on, Santa, the presents we got, the movies we watched and the goodies we ate. There was a huge buzz as we exchanged all the gossip. We arranged the annual swap from a list of who got which book. The Beano, The Dandy, Bunty, Rupert the Bear, and Spraoí were the most popular. 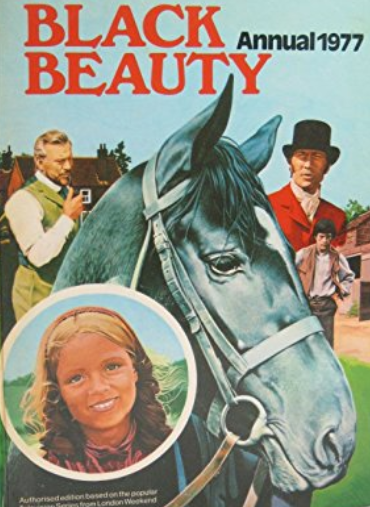 All too soon, the school bell rang out, and the nuns opened the door to welcome us back. The nuns were killjoys and weren’t that interested in the toys we got or the movies we watched. It was all about religion for them. We all joked but really prayed the nuns would make New Year’s resolutions to be kind to us kids.

It was hard to take off the winter coats as the inside of the building was colder than it was outside. On sub-zero mornings, I could see my breath as I sat at my desk and the cream on top of the milk would be frozen. There was central heating in the old building with massive cast-iron radiators that would burn my fingers if I touched them. Unless I sat close to them, I never felt the benefit of the heat.

When there were storms or snow, my mam would stop whatever she was doing to listen intently to the local news on the radio. If the roads were too icy for the buses, the school wouldn’t open. A lot of houses back then didn’t have a landline, and this was the only way to communicate with the community. Like my house, there would have been screams of joy with the bonus day off.

Every bitter day, I’d wish the weather would knock the heating out or the pipes would burst. The nuns would have to send the entire school home because the cold was unbearable for them. I would run all the way home to deliver the good news to my mam. Sure, she was delighted with the surprise!

I remember the very rare occasion when someone yelled out ‘It’s snowing,’ and the entire class ran to the windows.

In January, one of the hot topics of conversation would be bugs, colds and influenza. True enough, once the first sign of runny snot, coughs, and sniffles appeared in the classroom, we all went down.

Being sick could go either way. If I had a cold or a runny nose, I would still have to go to school and there wouldn’t be much sympathy. But if my mam put her hand on my forehead and it was boiling, I got to stay home. To monitor me, she would make up a bed on the couch so I could stay warm by the fire. I loved that. It was so good that sometimes I would make a miraculous recuperation.

If my nan heard I was ill, she would arrive with the bottle of 7-Up. Flat 7-Up was a cure for everything. As advertised on TV to make a full recovery and replace lost energy, I had to have a bottle of Lucozade with the yellow cling film wrapped around it. I was never happy to go back to school, but it was inevitable. Happy and healthy New Year to everyone.