Minister Heather Humphreys having a socially-distanced dance with TD Christopher O’Sullivan at the launch of the Skibbereen festival marquee (Photo: Anne Minihane)

She visited Kinsale’s new €2.1m library where work is underway, officially opened the Argideen amenity walkway in Timoleague, visited Michael Collins House in Clonakilty and the amenity walkway at Warren beach in Rosscarbery.

Also on her itinerary was turning the sod for the Leap amenity park and she launched the mobile festival marquee in  Skibbereen, which will be a multi-use venue for events in towns and villages in West Cork. She visited Durrus to see the public realm improvements and opened Bantry’s Béicín Amenity Walkway and the Riverside Walkway in Glengarriff, before going to Bere Island to visit the newly-opened glamping site and the local heritage centre. 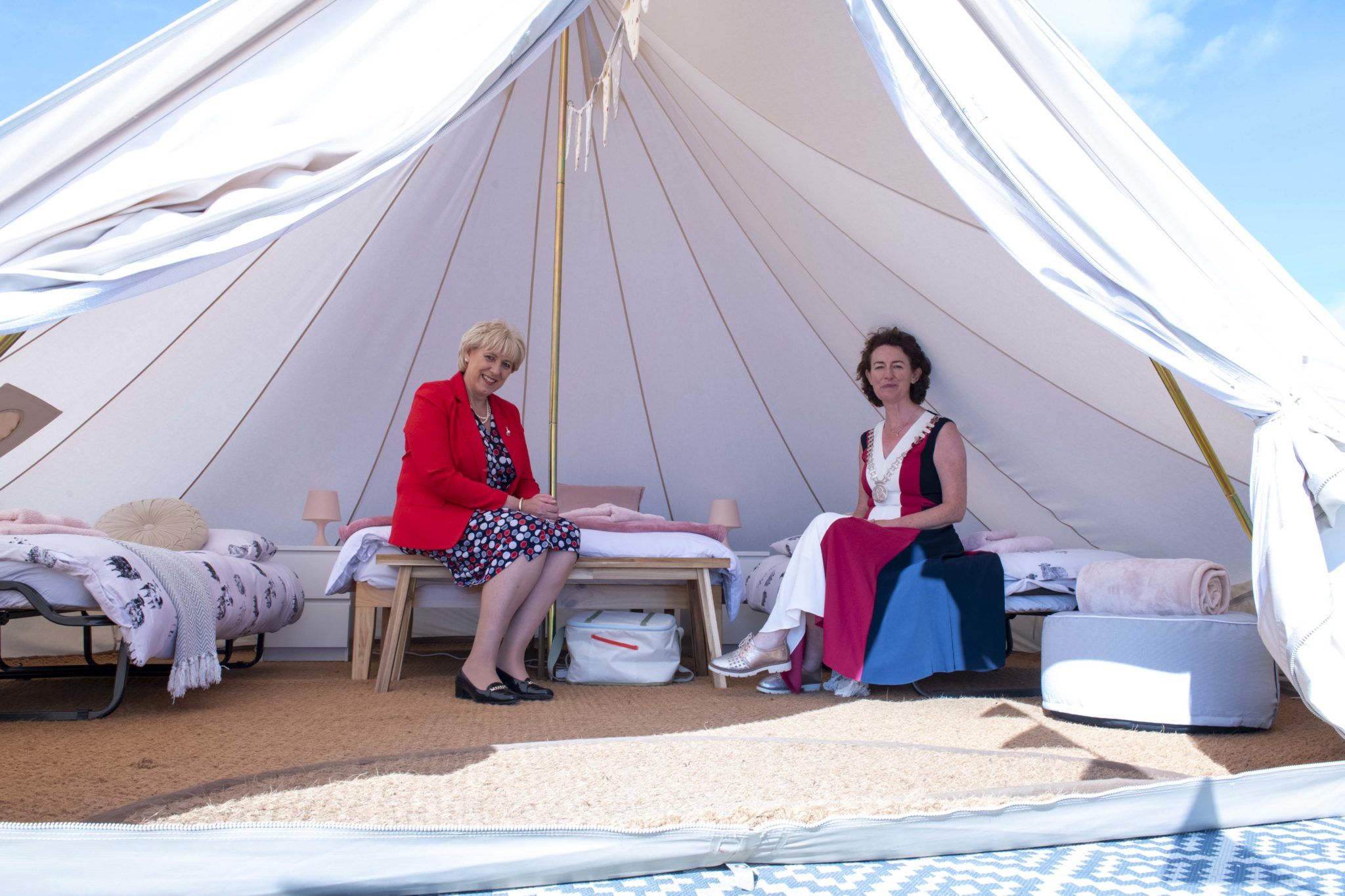