The Meat Loaf gig was moved from Bandon to the Neptune stadium in Cork.

THE former editor of The Southern Star has described the singer Meatloaf, who died in January at the age of 74, as a ‘very approachable’ man.

Con Downing, who also edited the entertainment section on the paper during the 80s and 90s fondly recalled interviewing the Bat out of Hell star when he toured the small halls of the country in the late 80s, during a lull in his career before he hit the charts again in 1993.

‘He was a great showman and I remember reviewing his Cork City Hall gig in 1985 when he was top of his game at the time,’ said Con.

‘I then interviewed him a few years later when he was touring here and he was always a very approachable guy.

He was a guy you could talk to and relate to. He was very much a larger than-life figure and that was amplified then, of course, on the stage.’

Con also admired the fact that Meat Loaf kept gigging even during the trough in his career when his follow-ups to the multi-selling million Bat out of Hell didn’t do as well for him.

‘It didn’t bother him that he was playing small ballrooms and community halls up and down the country, having been used to playing big arenas all over the world. He seemed to like that he was gigging and I admire his commitment to that even when it may not have been profitable for him. He was certainly a good old trooper and always gave his best on stage.’

The Texan-born rocker was scheduled to make his first West Cork appearance at Wilbury’s nightclub in Bandon on January 31st  1990 on that tour, but promoter Tommy Swarbrigg, on inspecting the club, moved it to the Neptune Stadium in Cork so Meat Loaf never got to play a West Cork venue in the end. 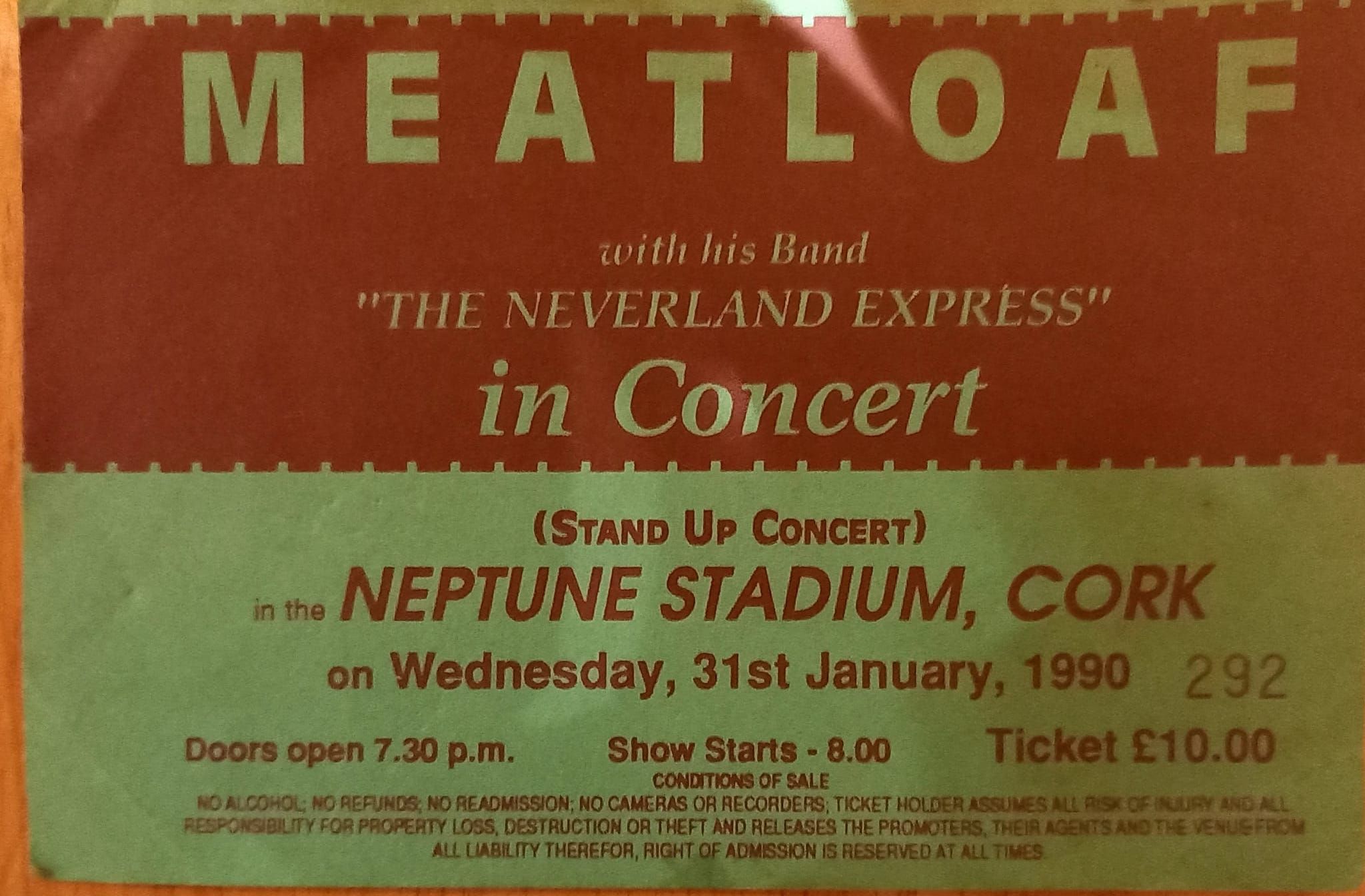 Tommy told The Southern Star that Meat Loaf was an ‘absolute gentleman’ and that he loved playing gigs in Ireland. ‘He was stony broke and he was doing that tour to raise money for his comeback album. We were good friends and It was really sad hearing about his death.’

Meat Loaf did, however, make several subsequent returns to Cork, including headlining the Green Glens Arena in Millstreet in October 1996, as well as playing Live at the Marquee in 2008 and he even headlined the first night of the inaugural Féile festival in Thurles in 1990.