THE people of Bantry are living on a ‘knife-edge’, according to a local councillor who has pleaded with Council officials to find a solution, following yet another flooding episode in the town.

Early Sunday morning, 13 homes and businesses at Wolfe Tone Square were flooded again, after high spring tides combined with strong winds to cause yet more devastation.

Cllr Danny Collins (Ind) said the ever-present threat of flooding was nothing short of ‘torture’ for homeowners and business people.

They not only fear tidal flooding but also surface water coming back up through the town’s culverts, he said. 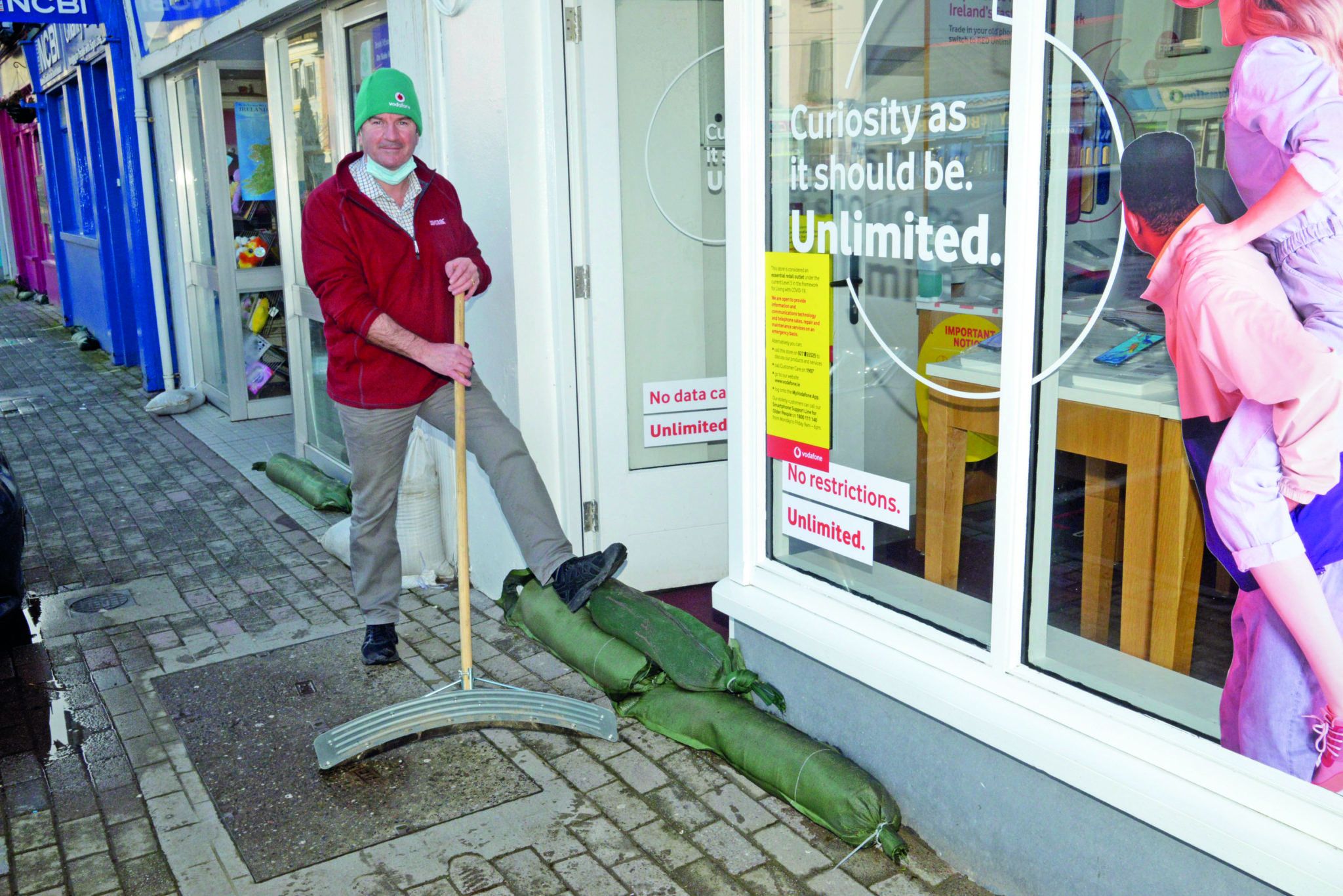 Gerard Egan clearing out the Vodafone shop in Bantry once again.

Bantry Business Association chairman Diarmaid Murphy said: ‘People are exhausted, not just from the worry of being flooded, but also the actual cost of having to dust themselves down and start all over again every time they are flooded.’

He added: ‘Although locals have nothing but praise for the Council and the Bantry Fire Brigade, we cannot wait until 2027 for the flood relief scheme,’ he said.

From 3.15am on Sunday, fire crews spent three hours sandbagging premises and pumping surface water away from affected areas.

Bantry is beset by a combination of factors. Persistent rainfall fills the town’s drainage system, while high tides, combined with storm surges and south easterly winds, all lead to tidal flooding in areas closest to the harbour walls.

High tide on Sunday morning was 4am, but a 0.3m storm surge led to the first signs of flooding shortly after 3am.

The Council’s divisional manager Clodagh Henehan said tidal flooding is the key issue but efforts are being made by the Council and the OPW to ‘put some measures in place until the flood relief scheme is completed.’

She said she would ‘come back’ to the councillors to outline interim proposals. 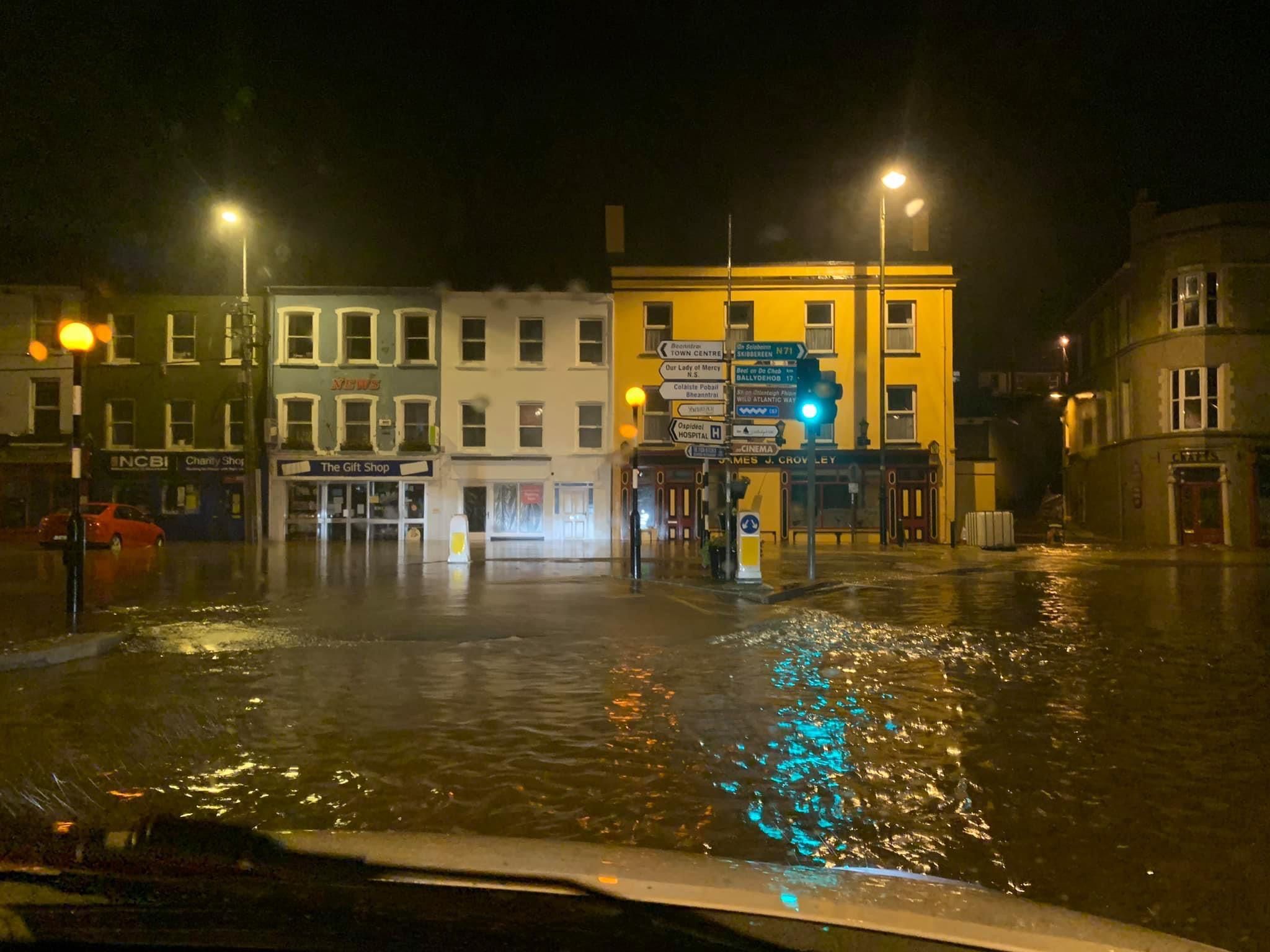 In response to a Southern Star query, Cork County Council issued a statement on Tuesday saying it was in discussions with the OPW to identify ‘minor interventions’ to mitigate the flooding in Bantry until the flood scheme is finished. ‘These may involve such measures as direct protection at doorways where appropriate, installation of non-return valves on gulleys/drains vulnerable to backflow, and provision of a pump sump or sumps at the low point(s) to facilitate pumping, with portable pumps on standby.’

TD Michael Collins pointed out that the Rural Independent Group’s recent flood motion in the Dáil was defeated.

‘There is a lot of talk about humanitarian aid, but private dwellings won’t get a brown cent, while insured businesses have to meet a €10,000 excess before they can get any compensation,’ the Goleen deputy said.