Irish Coast Guard Rescue 115 refuellng in Castletownbere before going to the assistance of the Ellie Adhamh in an operation which saw the LE George Bernard Shaw towing the vessel. (Photos: AndyGibson & Niall Duffy)

THE dramatic rescue of seven crew members from the Ellie Adhamh fishing trawler last Saturday evening off the coast of Castletownbere in stormy conditions was the culmination of what was a prolonged and protracted two-day operation involving multiple rescue agencies.

Both the Shannon and Waterford-based Coast Guard helicopters, R115 and R117 were tasked to assist at different times of the operation. The crew, which included Irish, Polish and Egyptian fishermen, however declined to evacuate and stayed with the vessel.

Naval vessel LÉ George Bernard Shaw was tasked to the scene on Friday night to monitor the situation and the following morning, with the Castletownbere lifeboat on site, it began to tow the trawler. At times sea conditions were up to 15 metres, adding to a complex and challenging rescue operation.

Marine water pumps and a handheld VHF radio were also transferred by the R115 to the fishing trawler on Saturday morning as it was taking in a lot of water.

However, with sea conditions beginning to deteriorate in the later afternoon and with the vessel beginning to list, they made the decision to evacuate the crew.

The crew were successfully airlifted onto Rescue 117 on a second attempt and were understood to have been in good spirits following their gruelling ordeal.

They were all brought to Cork Airport by Rescue 117 where they met with HSE paramedics. 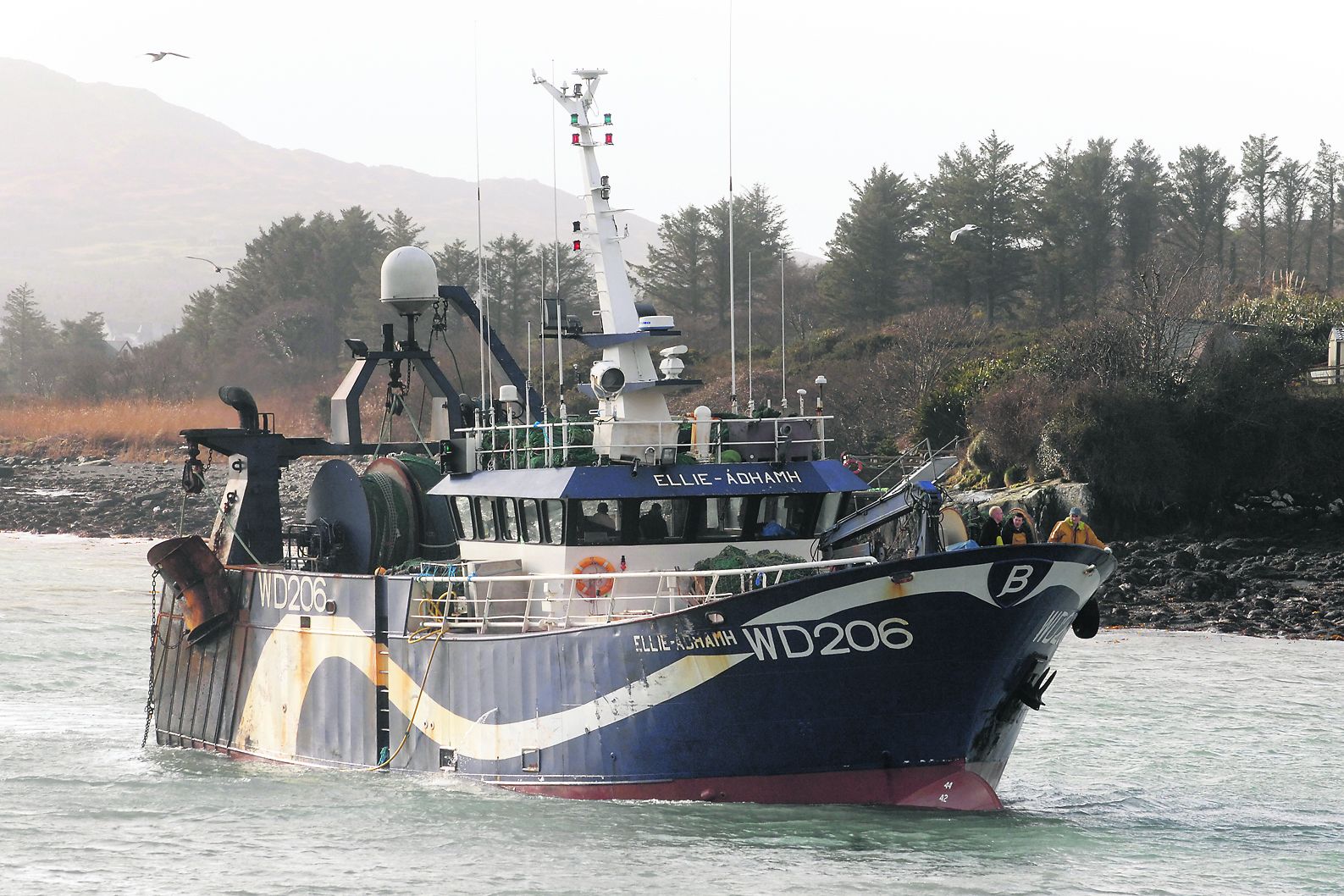 The Ellie Adhamh lost power 70 miles west of Bantry last weekend and needed to be rescued.

The next day, the Ellie Adhamh sank in approximately 80 metres of water over two miles north of the Bull Rock, at the entrance to Kenmare Bay.

Speaking to The Southern Star, Paul Stevens, lifeboat operations manager  with Castletownbere RNLI, said the most important part of this operation was that the seven lives of fishermen were saved.

‘This was very prolonged rescue that went from Friday morning until Saturday evening and involved a considerable amount of co-ordination by the Valentia Coast Guard Marine Rescue co-ordination centre,’ said Paul.

‘It was a multi-agency approach as we were involved, as were the Coast Guard, the three rescue helicopters and the Irish Naval Service. There was a high level of co-operation between all.’

The Castletownbere RNLI then had to assist a locally-operated 33 metre tug which was on route to assist the Ellie Adhamh.

‘Gael force conditions with heavy seas smashed three of the tug’s windows and we launched the lifeboat at 12.30pm under the command of coxswain Dean Hegarty. The tug was located 17 miles off Castletownbere and they escorted the damaged tug to safety.’

The six-member crew spent a total of 14 hours at sea on Saturday after what was an exhausting day for the volunteers.

‘It’s terrible that the boat sank but the positive is that no lives were lost,’ added Paul. 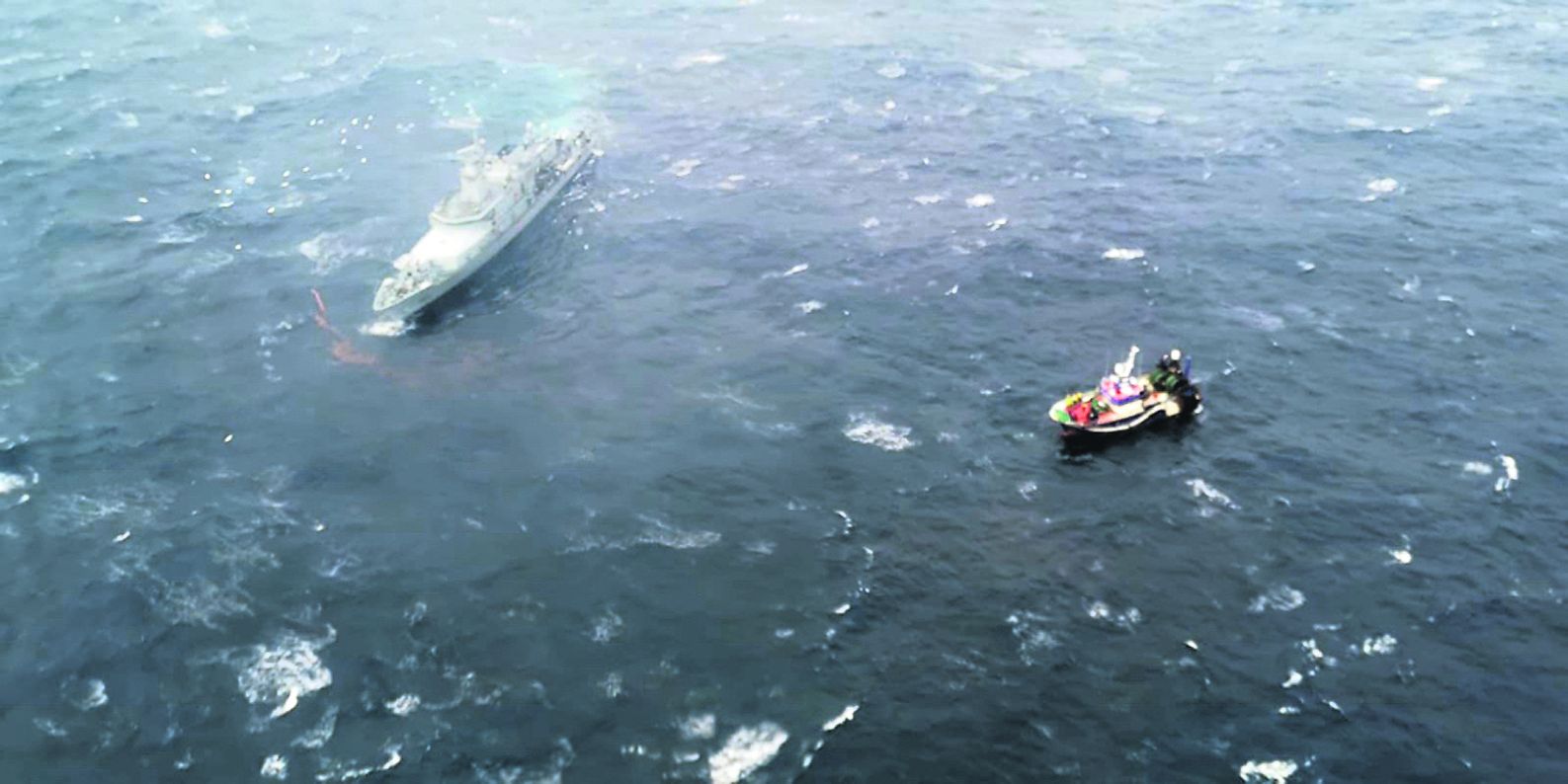 John Draper, divisional controller of Valentia Coast Guard said the evacuation of the crew by Rescue 117 under such challenging conditions was remarkable, providing major relief to all concerned with all helicopter crews showing their professionalism on task.

‘Our thanks here to winch crew Sarah Courtney, who winched the crew to safety with the support of Adrian O’Hara winch Op and pilots Ronan Flanagan and Aaron Hyland. It is also worth noting the capacity of the aircraft to winch seven crew members to the cabin with capacity to spare,’ Mr Draper told The Southern Star.