The Skibbereen to Ballydehob road was flooded in several places due to water run-off. (Photo: Andrew Harris)

Heavy and persistent rain throughout West Cork led to localised flooding in many parts today.

The Ring road, outside Clonakilty, was flooded but passable, a situation which prompted one person to Tweet that the town’s multi-million euro flood relief scheme was money ‘down the drain.’

A tree came down on the main Bandon to Innishannon road, the N71. Fire service personnel and gardaí attended the scene and motorists were advised to drive with care in the area. 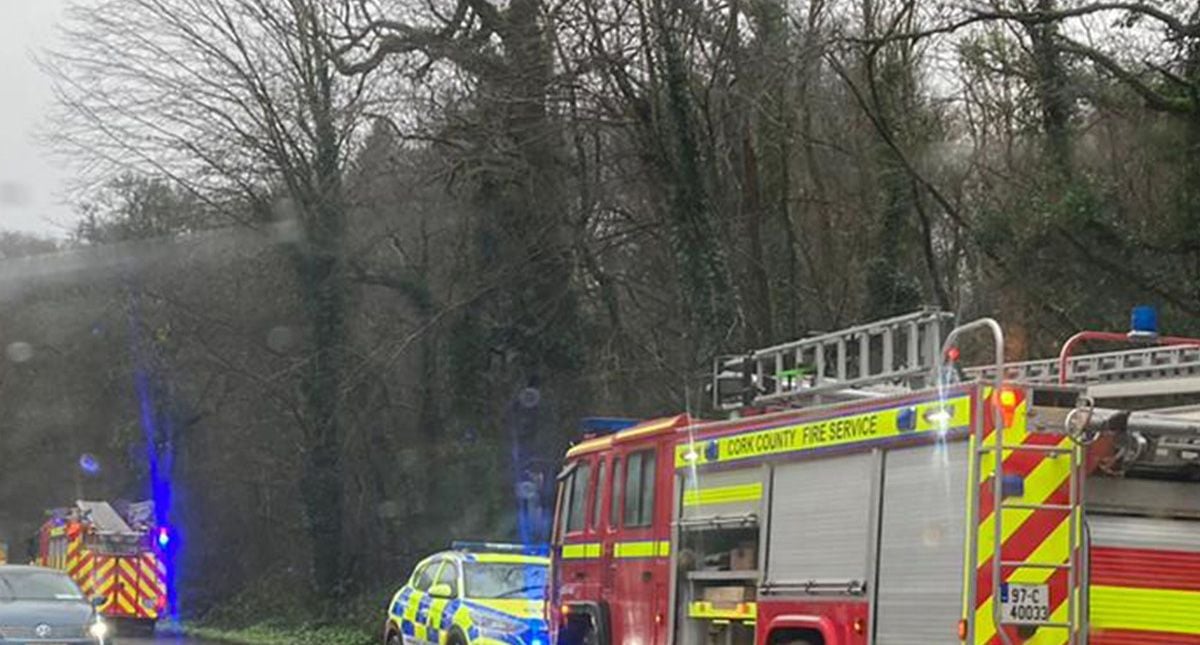 Fire service personnel and gardaí at the scene of a tree down between Bandon and Innishannon on the N71.

The Skibbereen to Ballydehob road was also flooded in several places due to water run-off.

Meanwhile, the forecast for New Year’s Eve is largely cloudy with patchy light rain and drizzle to start but it will become drier by afternoon.

It will become windy again in the evening with further outbreaks of rain.