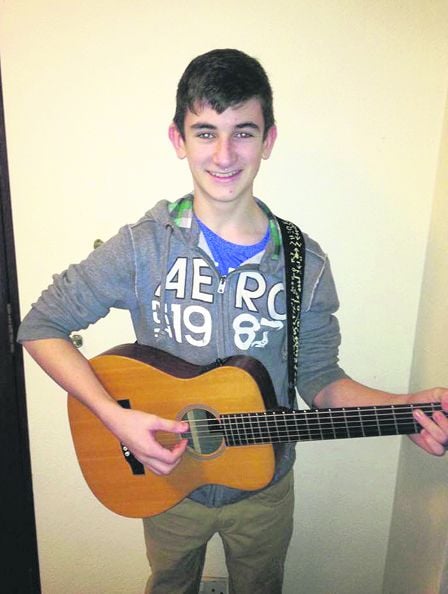 DUNMANWAY X-Factor winner Evan Murray is among the names singing at a special choral evening in the town.

The Glaslinn Choir and the Spiro Singers will perform in the All In An April Evening concert in St Mary’s church at 8pm on Friday April 24th.

Evan Murray will join X-Factor finalist Tamara O’Driscoll in the concert, which is fundraising for the special needs classes at Dunmanway’s St Mary’s Senior School, as well as the 150th anniversary celebrations of St Edmund’s church, at Coolkelure.

The classes provide schooling, care and friendship to children of 5-14 years with special needs, drawn from all around West Cork.

The other beneficiary – Coolkelure – is one of four churches in the Fanlobbus union which the Rev Cliff Jeffers leads as Rector.

Dunmanway Community Council chairman Joe Higgins will act as MC on the night.

The award winning Glaslinn Choir hail from Bandon, and the Spiro Singers are a popular local male voice choir.

Evan hit the headlines when he won the town’s X-Factor show in January. He was later featured in The Southern Star Sessions – with a video on YouTube (http://tinyurl.com/o3tu3ys). Tamara O’Driscoll is from Baltimore, and will sing a variety of classic songs on the night.

This will be one of her first concerts since her visit – by invitation – to the US for a week-long Easter singing workshop.

The Glaslinn Choir, directed by Antoinette Baker, will sing the concert’s titlepiece ‘All in an April Evening’ – a hymn by Hugh S Roberton, in a selection of songs in the programme. The Spiro Singers, under the direction of Brendan Power, will sing unaccompanied.

Refreshments will be served at the end of the concert, which finishes at 10pm. Tickets are €10 (€3 for 5-12 year-olds, and under fives are free).