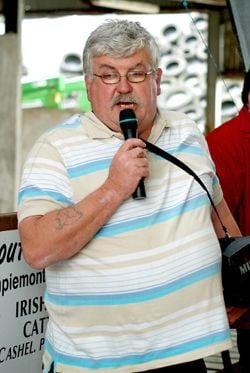 WEST Cork farmers and a national farming organisation, the Irish Cattle and Sheep Farmers’ Association, are to take a legal challenge to the High Court to oppose the penalties being imposed under the Single Farm Payment scheme.

The West Cork farmers will be joining farmers from around the country, and the ICSA, because they say they are determined to ‘safeguard the future of farming.’

West Cork chairman of the ICSA, Dermot Kelleher, confirmed that the action against the Department of Agriculture – which is being supported by the campaigning organisation West Cork Communities Alliance – is not likely to be heard in the High Court until 2016.

However, a public meeting will be held at 8.30pm at the Westlodge Hotel in Bantry on Wednesday, February 11th, to inform the community about the upcoming legal challenge.

Mr Kelleher said: ‘This legal challenge will serve to highlight the injustice of how the scheme is being implemented and how it targets disadvantaged areas and marginal holdings – both of which are being penalised by penalties under the EU farm scheme.

‘Many of these farmers, who have raised large families over the generations, are now being told that their land is not fit for farming. This is an outrage,’ said Mr Kelleher.