Welcome to the Southern Star's Weather Live Blog. We'll be posting updates throughout the day, including videos and photos, of the conditions that are causing havoc in West Cork. Get in touch via [email protected]

Temperatures are already dropping towards zero and below this evening. Met Éireann are forecasting temperatures of -1°C and below tonight, but it is likely to feel much colder.

Cork county Council will be gritting P1 and P2 routes tonight. To check a road near you, you can visit their map of county Cork roads.

It has been relatively dry in West Cork this afternoon, but rain is on the way later tonight as we can expect more icy roads in the morning.

The rain radar forecast for 1am tonight.

Seamus Ó Suilleabháin sent us this beautiful video of Coolea in the snow yesterday morning. 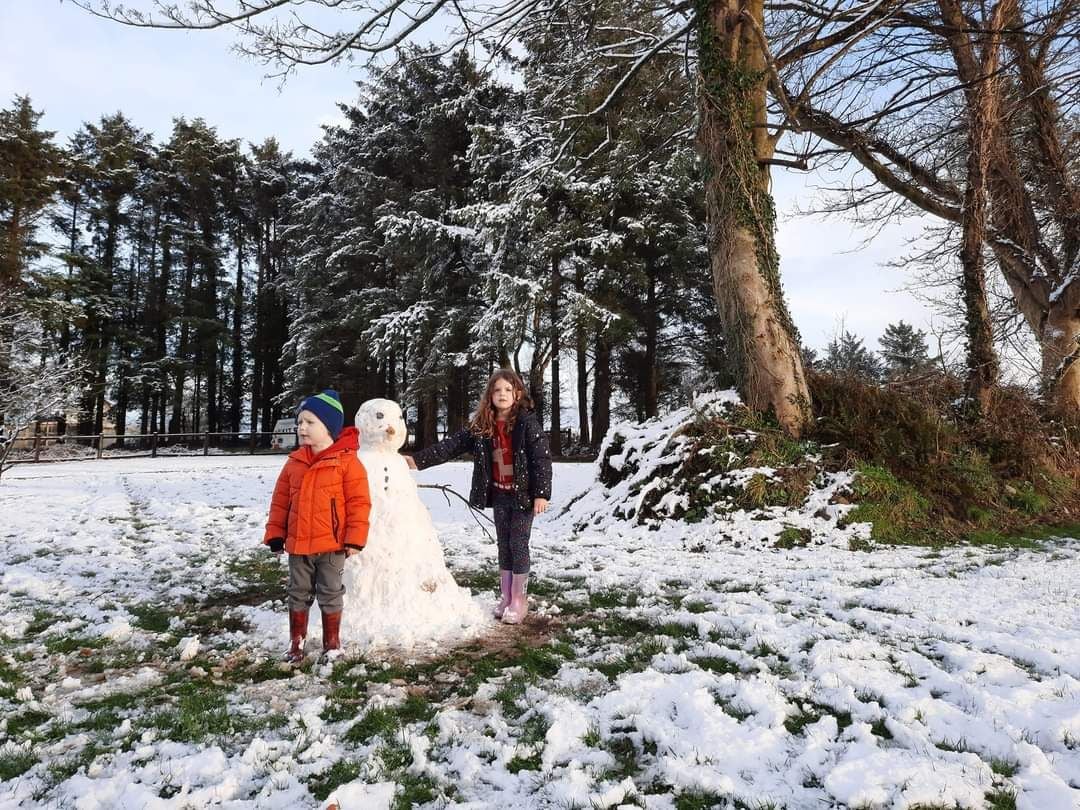 Noel and Isla with their snowman. 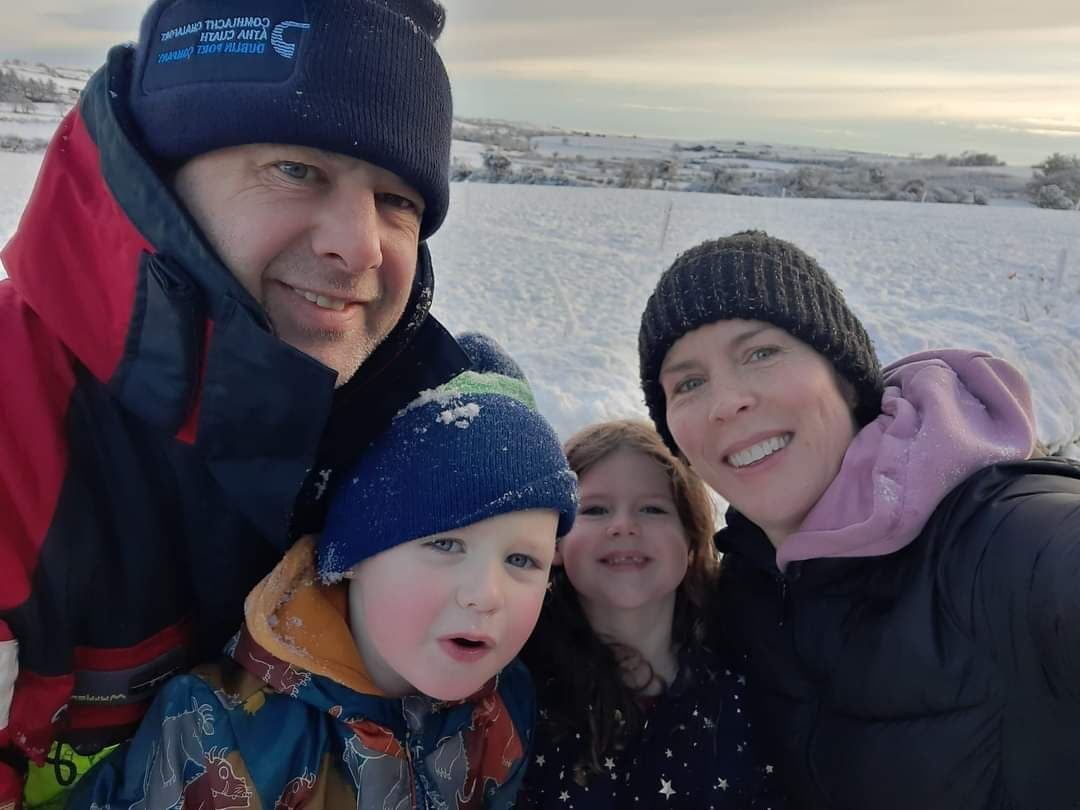 Noel and Gemma Phair with their children, Noel (3) and Isla (5) enjoying the snow in Clonakilty.

Met Éireann have issued another status yellow ice warning, which will be in place until 12pm tomorrow.

They are warning of more icy stretches leading to hazardous driving conditions.

This evening should become drier with more scattered spells, but it will become cloudy overnight and outbreaks of rain or sleet will develop. 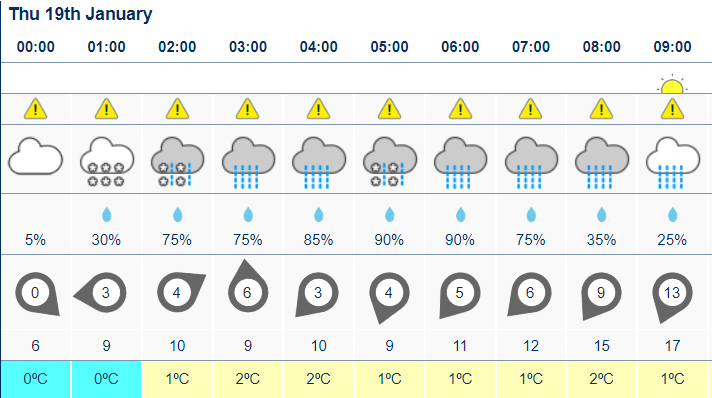 Let us know of any dangerous stretches of road by emailing [email protected] or via our social media channels.

Clonakilty Model Village are closed today due to the icy conditions - they posted this great photo of a snow-capped Clonakilty yesterday. 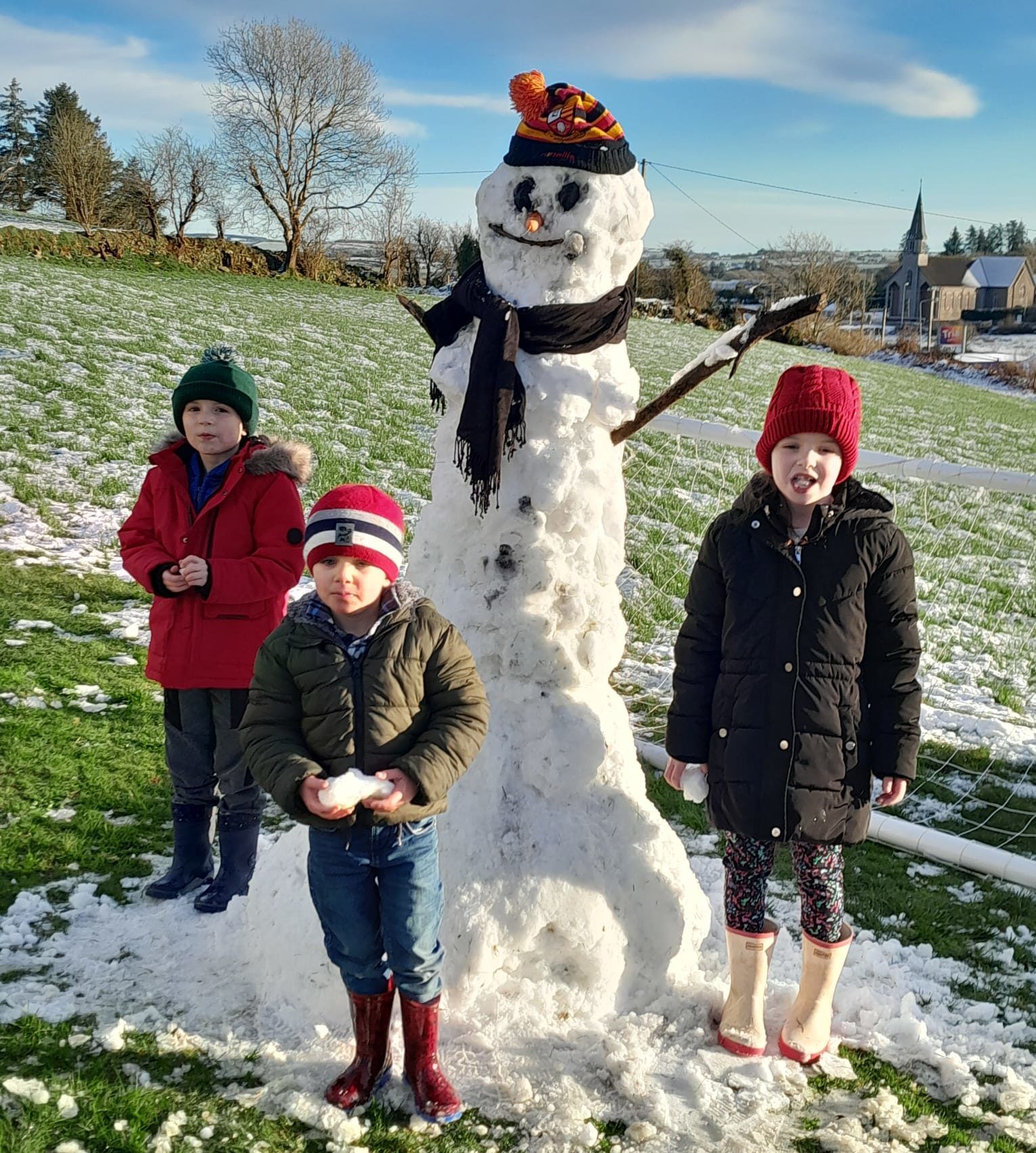 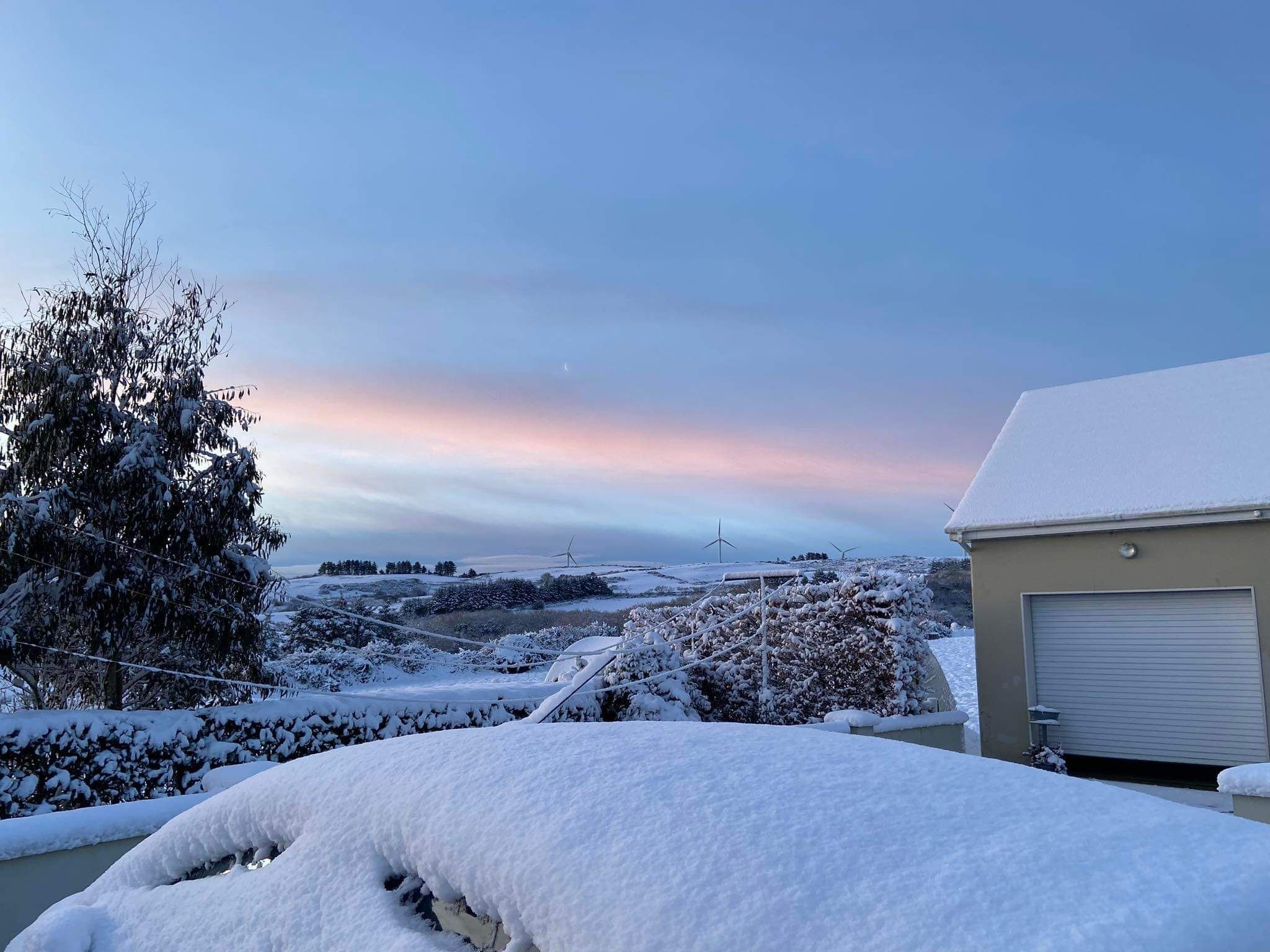 Good morning from West Cork. While it's not quite as white across the region this morning, there are still some extremely icy conditions on the roads, so caution will be required throughout the day.

Met Éireann's winter weather advisory has been extended until 9am on Friday, with low temperatures expected to continue until the weekend. This means sharp to severe frosts and icy stretches on roads and footpaths are expected, along with some showers of hail, sleet and snow and the potential for freezing fog.

Some schools have made the decision to stay closed today, with others operating on delayed opening times.

Skibbereen Community School will be closed again today, with classes going online. Their Corn Uí Mhuiri quarter-final against Coláiste an Spioraid Naoimh has been cancelled today, and will be rescheduled as soon as possible.

Some school buses have delayed their pick-up times this morning. As a result Coláiste Pobail Bheanntraí will open at 11am 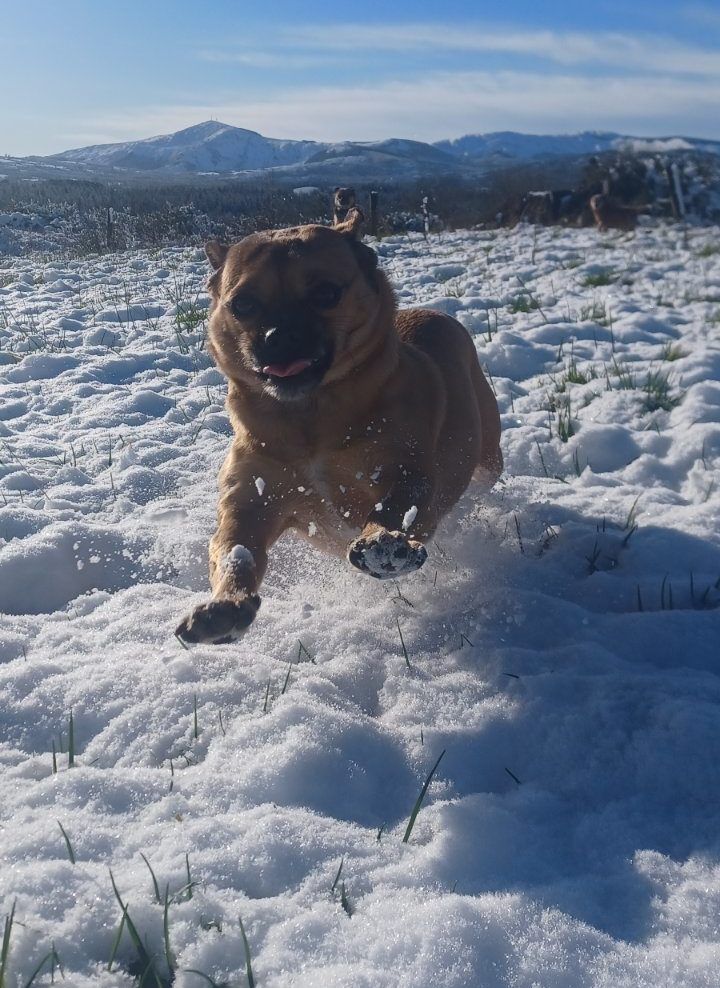 Claire Hurley's dog April Iver was overjoyed with her first ever snow day in Dunmanway. 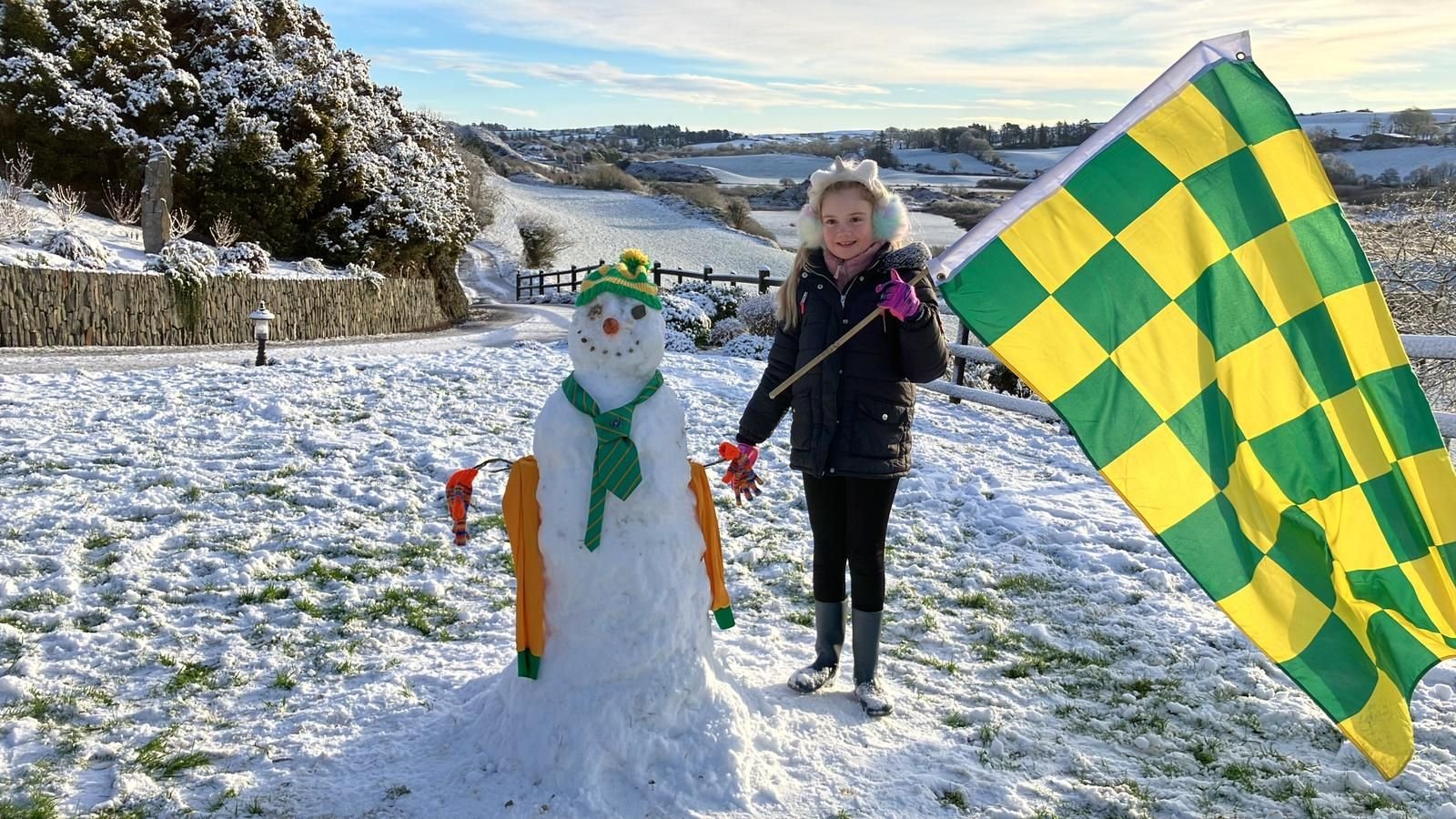 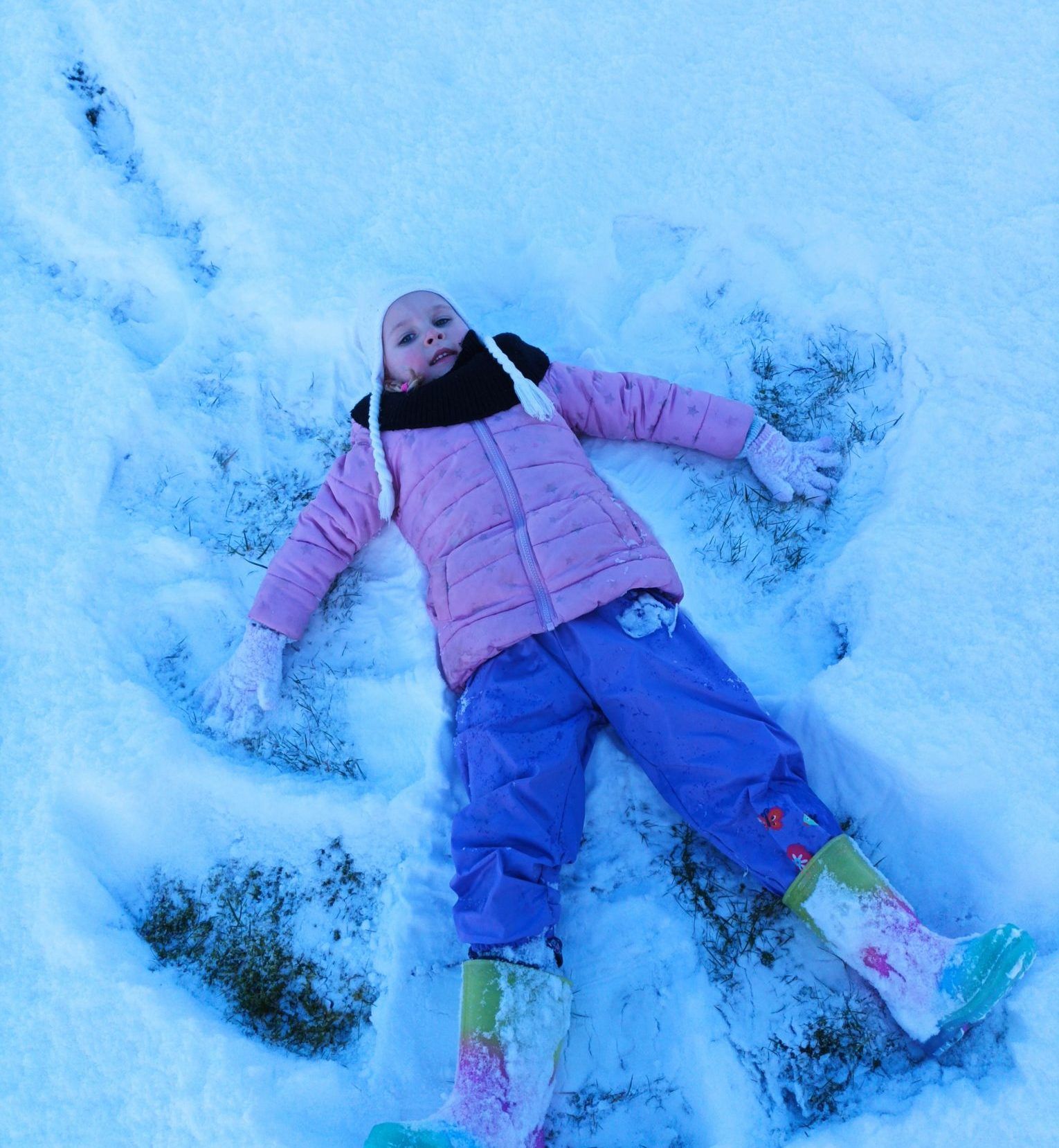 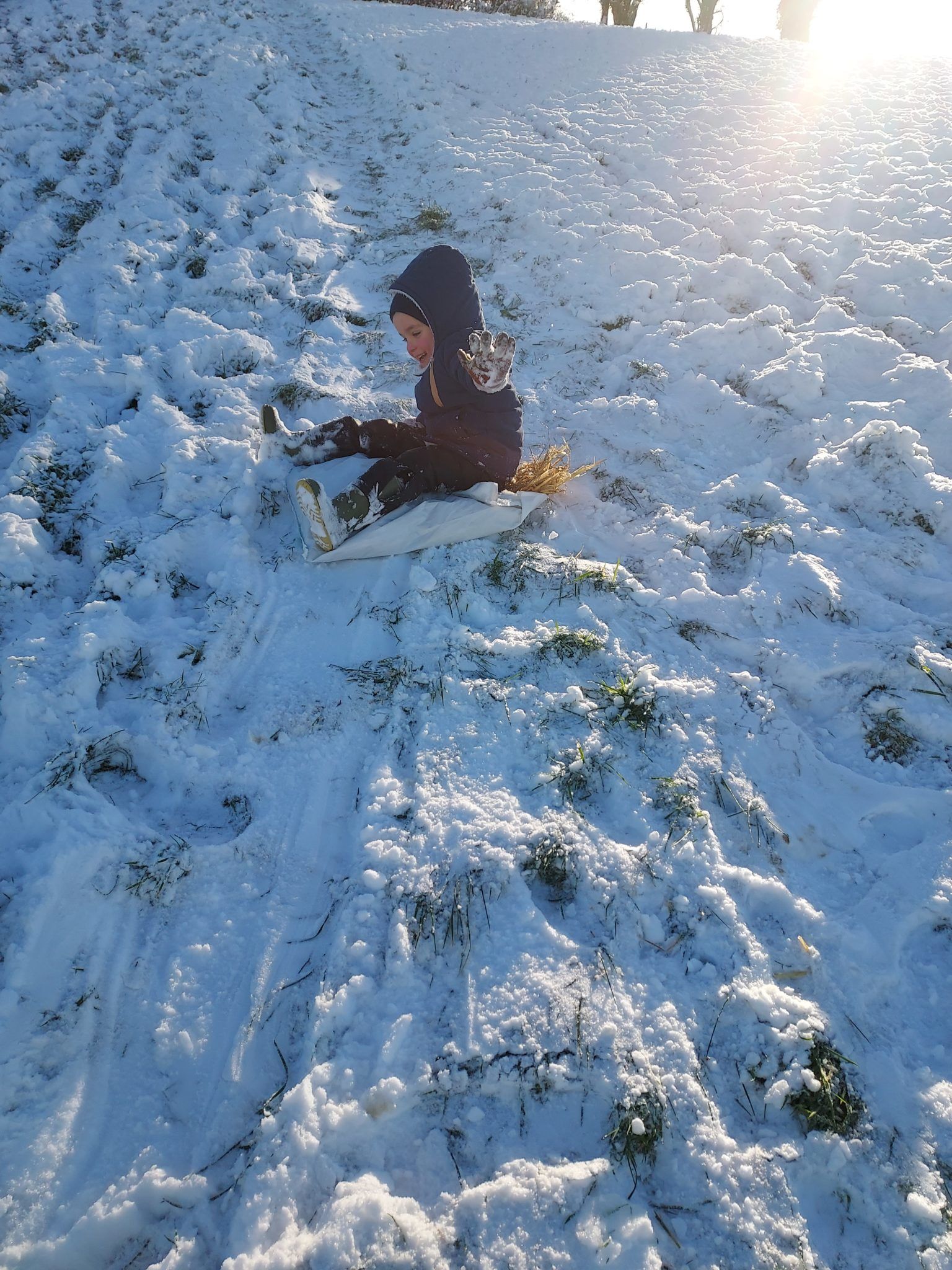 Cork County Council have reported that a number of roads in the West Cork area are impassable due to snow and ice.

These include a stretch of the N71 just outside Glengarriff, the R-572-57 heading towards Adrigole, and the R-585-344 from Kealkil towards Dunmanway.

The part of the N-71 which Cork County Council say is impassable due to snow, highlighted in blue.

Road users on Twitter have been reporting issues throughout the day, with conditions expected to worsen during the evening as more snowfall and ice is expected.

All Bantry, Skibbereen & Dunmanway services are currently not operating due to the road conditions. Please contact us on Tel No: 027 52727 if you have any queries.#tfilocallinkcork #publictransport pic.twitter.com/w9GohlomAO 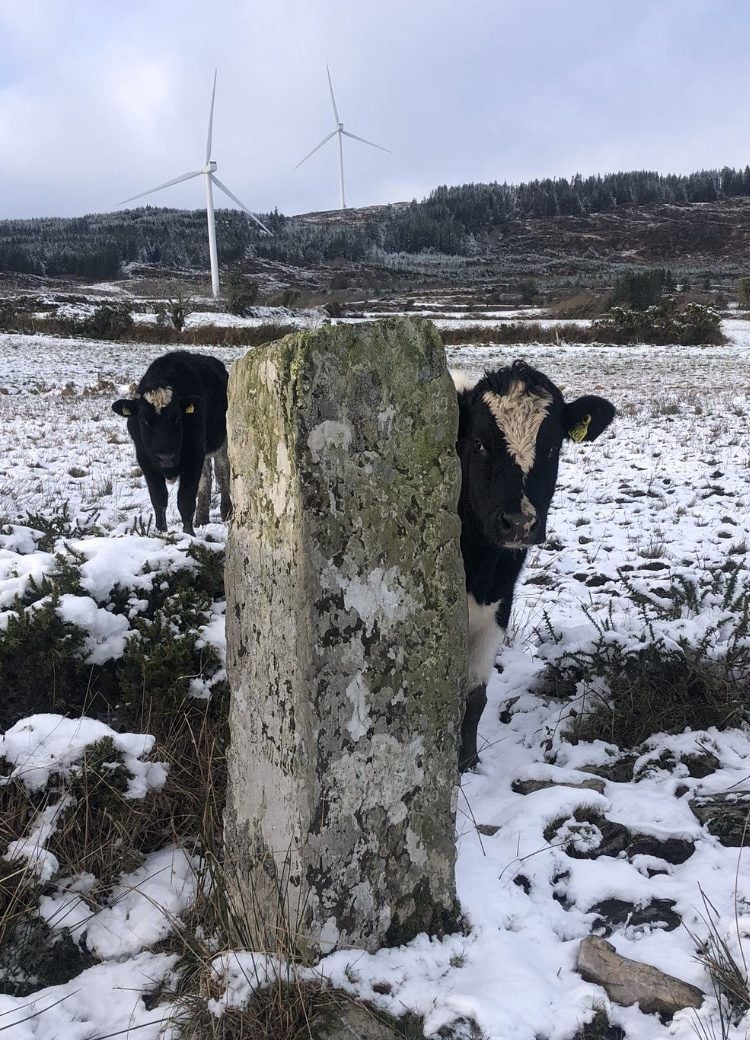 There’s a lot going on in this photo, snow, windmills and a cow peeping around an Ogham Stone! Photo taken today in Johnstown, Kilmichael by Deirdre O'Brien.

It is set to be another cold one again tonight, with more snow, frost and icy stretches developing across West Cork. Scattered snow and wintery showers will continue, with a further chance of thunder and hail, according to Met Éireann.

Lowest temperatures are expected of -2 to 1°C.

Tomorrow will see more scattered wintery showers, although they are forecast to become more isolated as the day passes, turning to rain rather than snow.

West Cork is stunning at the best of times, but the sprinkling of snow has brought a new magic to Glandore Harbour, as photographed below by Heather Mahmood. 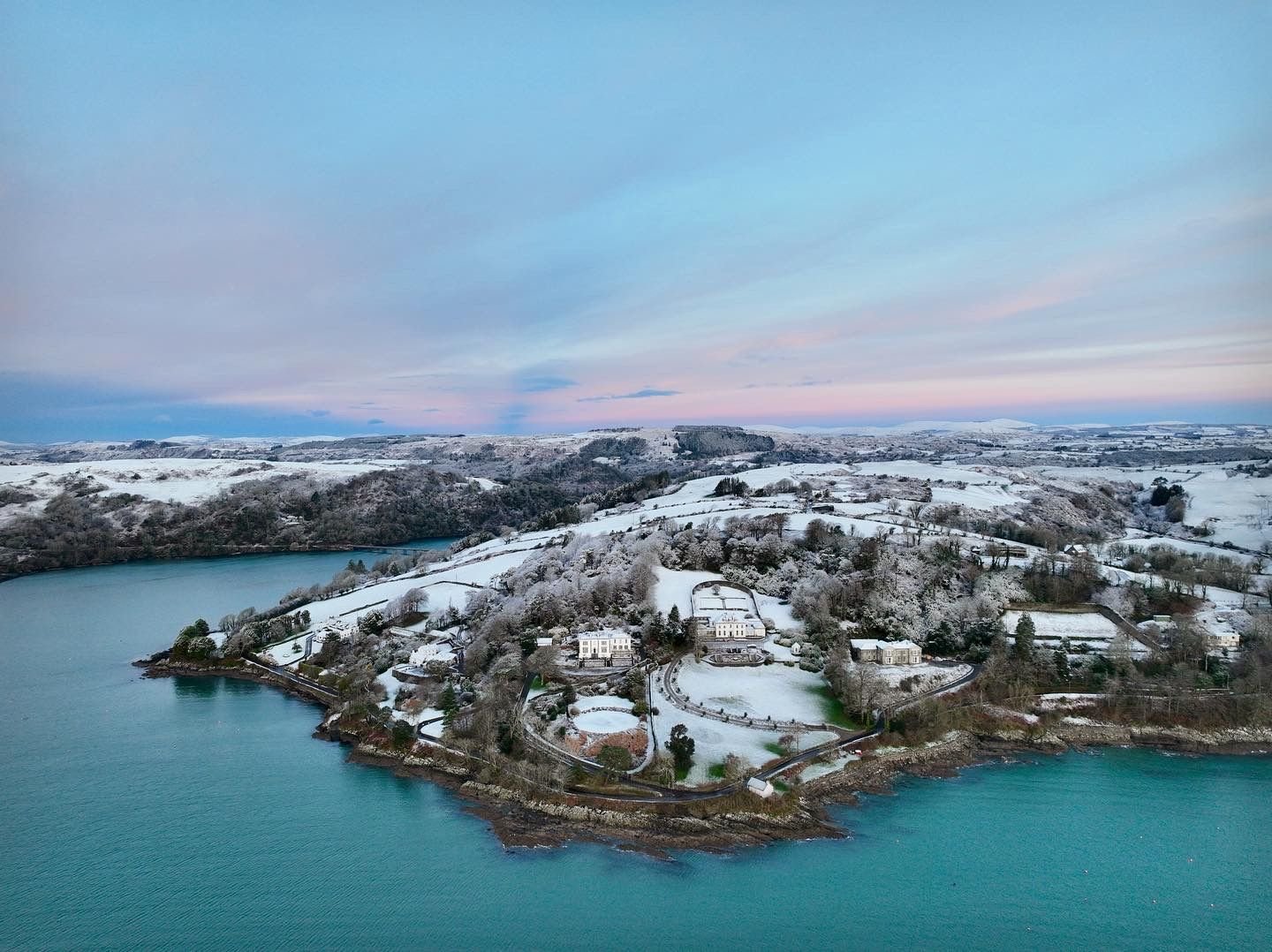 The houses around Glandore Harbour looking beautiful in the snow this afternoon. (Photo: Heather Mahmood)

And these dogs are enjoying the snow at West Cork Animal Welfare.

We are getting reports that the road to Bantry General Hospital is still slippery, so take care on approach.

A bingo night scheduled to take place in The Skibbereen Eagle, Tragumna at 8pm this evening, has been cancelled due to the poor road conditions.

A fun challenge for any gardeners or tree-lovers out there today:

And another great photo sent in by Laura Kennedy. 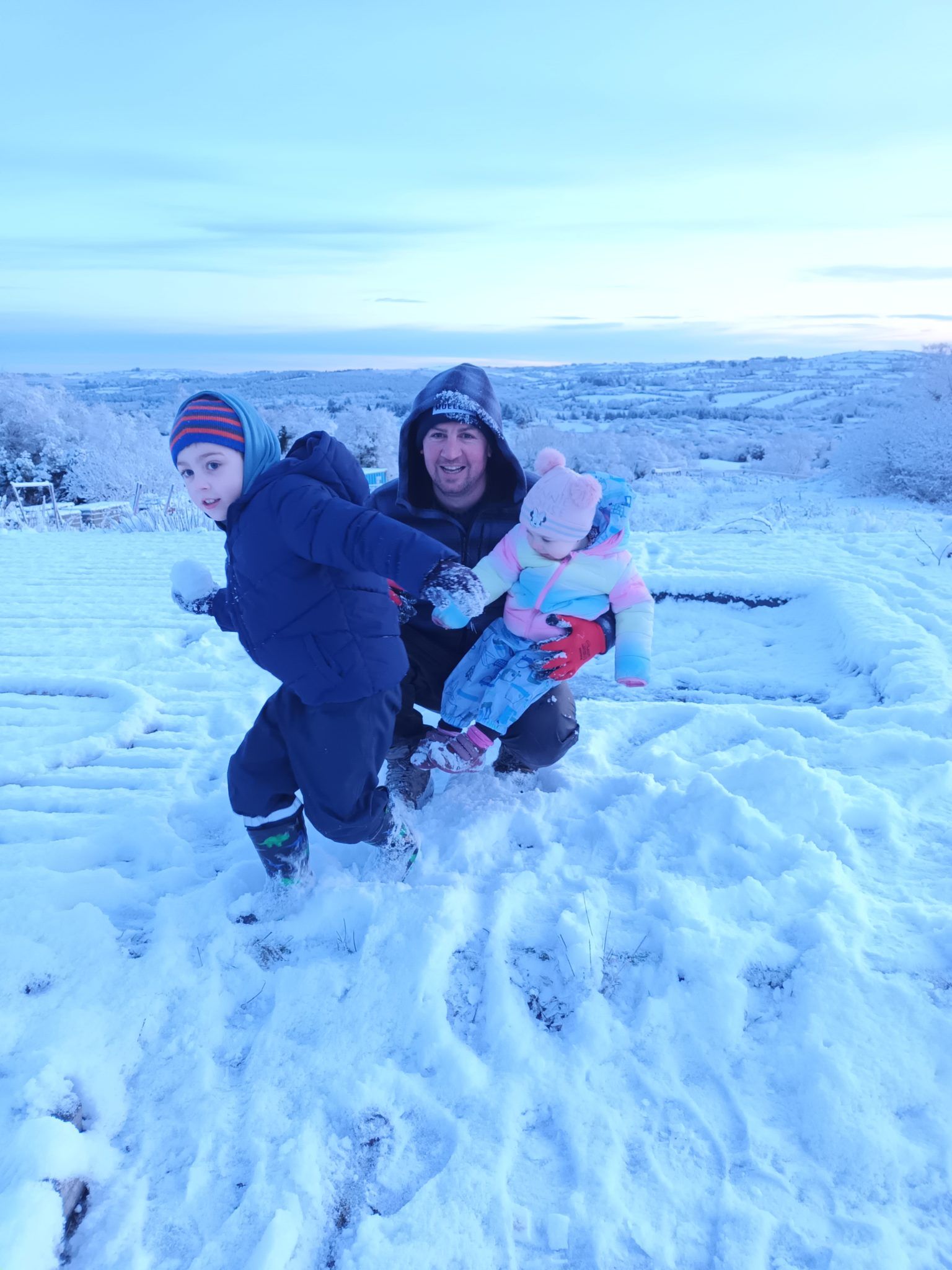 We're getting some great photos sent through by readers. 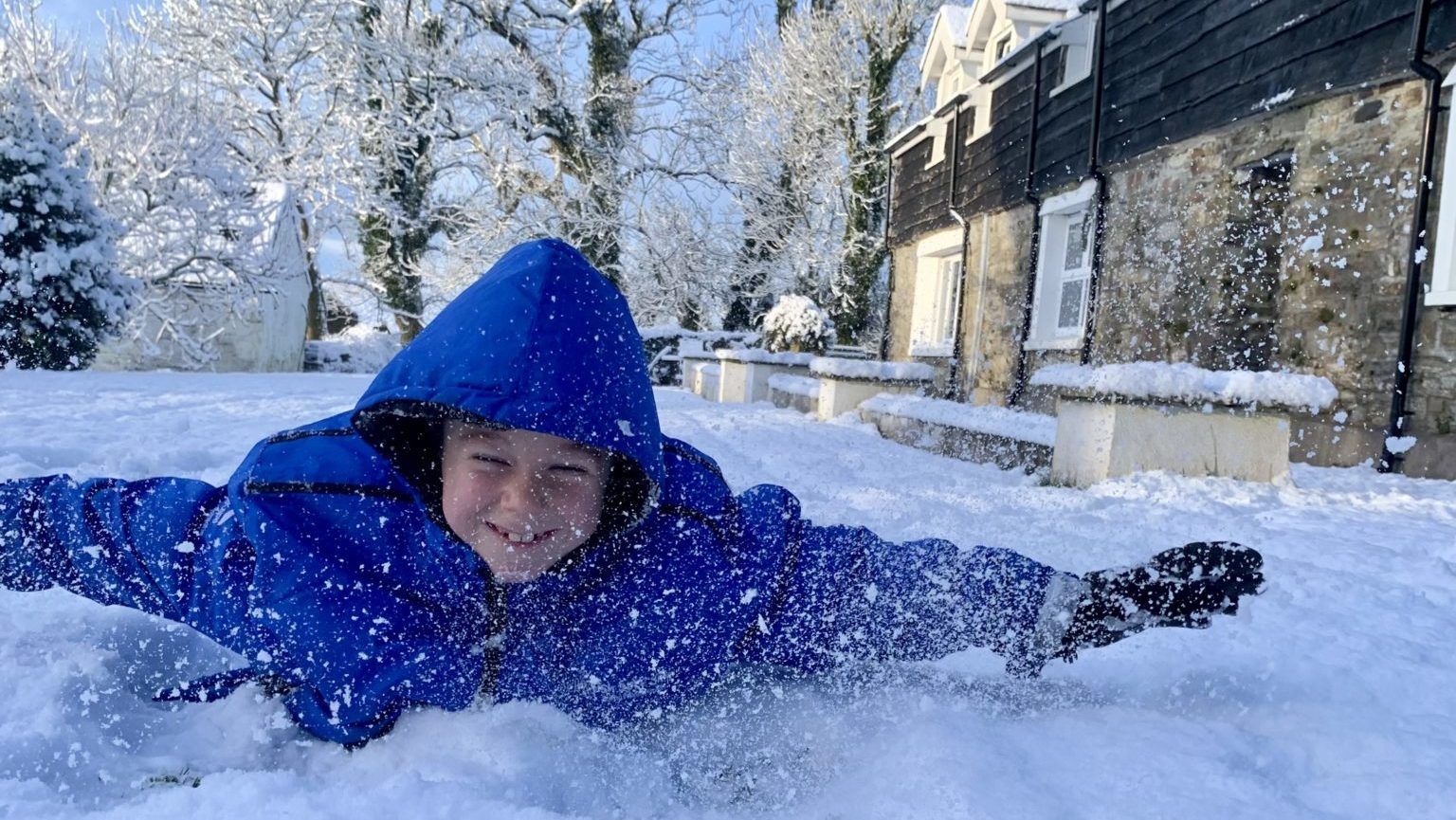 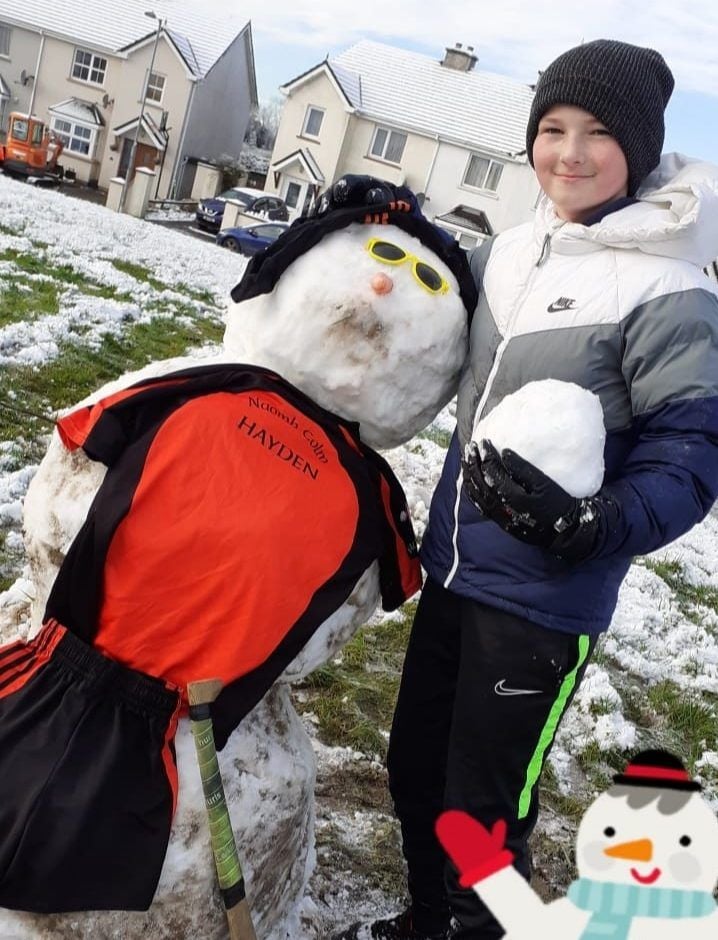 Michael Hayden, 11, with his brilliant snowman in Bantry.

Molly Hull took this great photo of the view of Bantry Bay from the top of Boulteenagh.

The warning will come into effect from 5.30pm this evening and stay in place until 9am tomorrow morning.

The weather forecast for this evening is predicting more freezing temperatures and the chance of more snow and icy conditions.

Due to the current icy roads and forecast for further freezing this evening, Uillin West Cork Arts Centre has postponed the start of their Rusty Frog Juniors and Rusty Frog Youth Theatre to next Tuesday, January 24th.

The Stuffed Olive in Bantry is closed today, with staff asked not to travel due to the weather.

Ceara O'Neill, from Enniskeane, sent in this photo of her son Keelan O'Neill-Browne with his first snowman of 2023, Tim-joe.

Have you got any photos to share? Email [email protected] 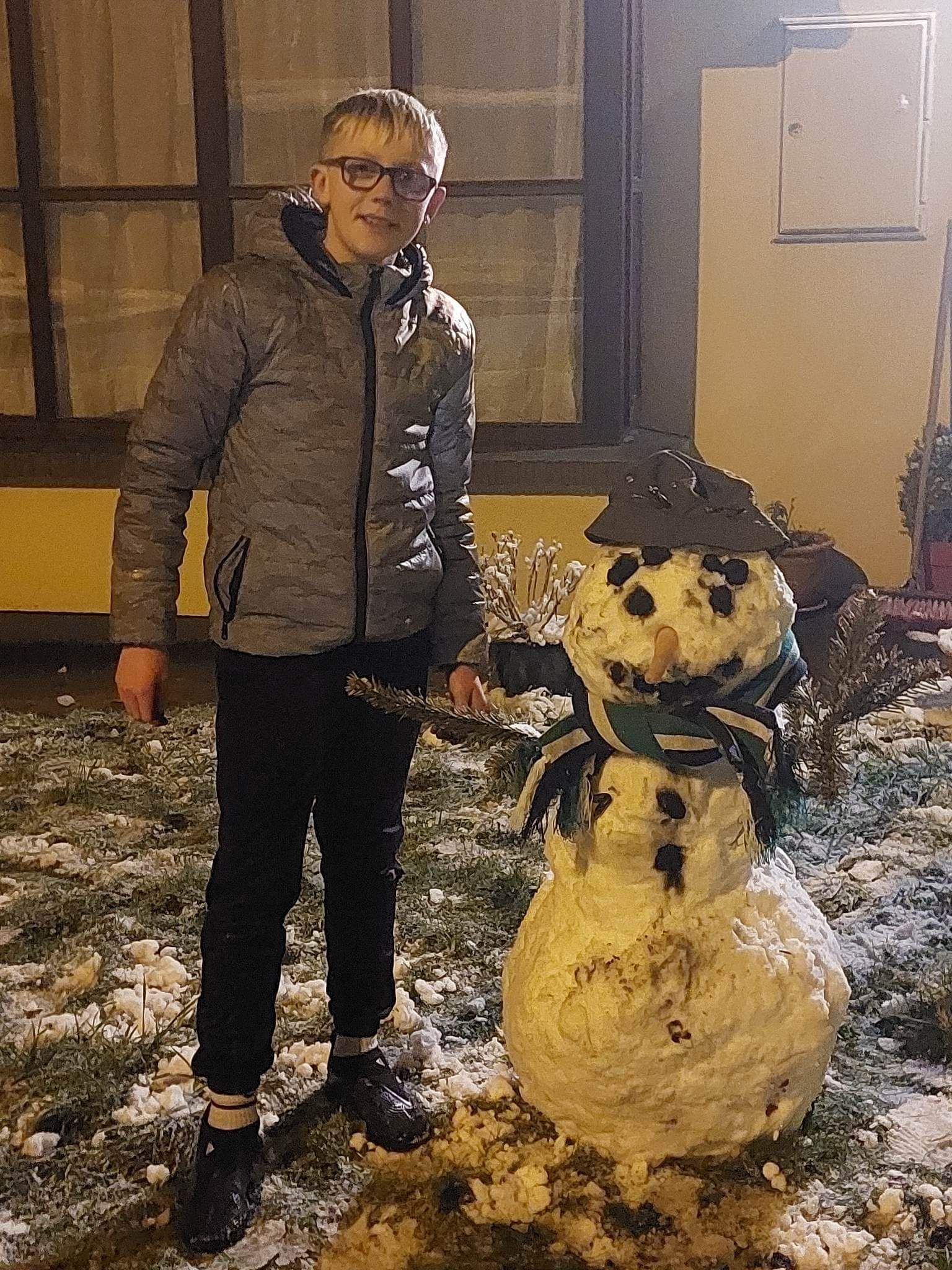 Many schools across the region are closed today, and school busses did not run this morning due to the conditions.

Schools will move to online learning where possible.

Road conditions in large parts of West Cork are icy, with road users urged to take care when driving.

Conditions are poor across the county, with reports of very slippery roads and paths.

The road between Timoleague and Clonakilty, roads and footpaths around Rosscarbery, and roads around Innishannon have all been reported as hazardous this morning.

It's safe to say that no matter where you are in West Cork, you should drive slowly and carefully.

Check out this incredible photo of the snowy conditions near Sam's Cross.

MUCH of West Cork woke up this morning to a blanket of snow outside and freezing temperatures which have led to dangerous road conditions and some cancellations in the region.

Snow fell yesterday evening and later in the night, following a yellow warning for low temperatures and ice, which was issued by Met Éireann yesterday.

The warning is due to expire at 12pm today, but road conditions are expected to remain hazardous in places, especially in the shade.

Temperatures are forecast to remain low throughout the day, with some scattered showers expected which will again lead to icy conditions overnight.

Skibbereen Community School is closed today due to the cancellation of bus services and icy road conditions. Teachers are working from home and have distributed work online for their students.

An information evening organised by Clonakilty Chamber of Commerce, due to take place this evening, has been rescheduled to next Tuesday, January 24th. The event will take place at 8pm in O'Donovan's Hotel.

Further updates will be posted as we get them. If there have been any cancellations in your area, let us know by emailing [email protected]