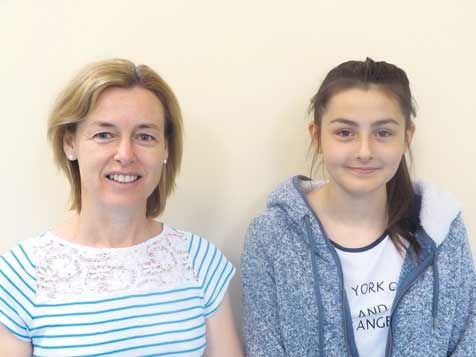 THE artistic work of a West Cork primary school student is to be featured in a book commemorating the 150th anniversary of the birth of WB Yeats.

A drawing by Sophia Ball, depicting Yeats’ ‘Stolen Child’ is featured in the new book entitled ‘The Magic Within’ – a book that was launched by the young Poet Laureate for London, Aisling Fahey, in Sligo on Friday, June 12th.

Sophia, who is from Aughadown and attends Lisheen National School, is no stranger to receiving prizes and acclaim for her artwork, having been a previous winner of the Credit Union Art competition.

But to be amongst the winners in a competition that attracted over 100,000 entries is a remarkable achievement, according to Siobhan Kingston, her teacher.

Mrs Kingston said: ‘Sophia’s win is the icing on the cake for a very successful year at Lisheen School.’ And she welcomed the fact that a copy of the new book will be presented to every school and library in Ireland.

The aim of the project was to help young students understand the language and imagery in Yeats’ poetry. It also encouraged their imaginations by inviting them to submit artwork based on a visual interpretation of one of Yeats’ poems.

West Cork Education Centre will present Sophia with her winning cheque on June 25th, while the school and the local libraries will be given a treasured copy of the book.