BY JACKIE KEOGH and
KIERAN O’MAHONY

THREE West Cork healthcare workers who feared being on lockdown in New Zealand until June are home, in isolation, and looking forward to returning to work in two weeks’ time.

And a local couple who were repatriated from Peru earlier have spoken of their delight to be back on home soil after a stressful journey.

Sinead O’Regan (31), a physiotherapist from Rosscarbery, Siobhan O’Donovan, a nurse from Rosscarbery, and Alison Draper, a healthcare assistant from Skibbereen, had until midnight March 30th to find a flight out of New Zealand before all flights were grounded.

The three women were facing ‘the unknown’ because the airline, Emirates, cancelled their flight without notification, and frantic attempts to book something else had proved futile.

Last Thursday, Sinead O’Regan said they glimpsed a five, or 10 minute, window of opportunity as seats on one flight to San Francisco became available.

It was over-booked by 17 seats so the West Cork women turned up five hours early to secure a seat, having paid €2,000 each for the tickets. Their 42-hour homebound journey ended with Sinead’s sister, Claire, and Siobhan’s sister, Eilish, driving in two separate cars to meet them at Dublin Airport.

‘They threw the keys of one car to us and they went back in the other,’ said Sinead, who is currently on lockdown in an ensuite room in her parent’s home.

Meanwhile, Catherine Scroope from Skibbereen and her boyfriend Ruadhan Elliott from Glengarriff are also in self-isolation at their home in Coomhola in Bantry since their arrival home on Monday.

They were among over 30 Irish tourists who were stranded in Cusco after the Peruvian government implemented a lockdown.

‘Our journey home was hectic as we had to go on 20-hour bus journey through the Andes from Cusco to Lima with no stops allowed. And before we even got on the bus our temperature was checked and if it was over, you weren’t allowed on.

‘We landed in London and then got a flight to Dublin and finally the train home to Cork,’ said Catherine. 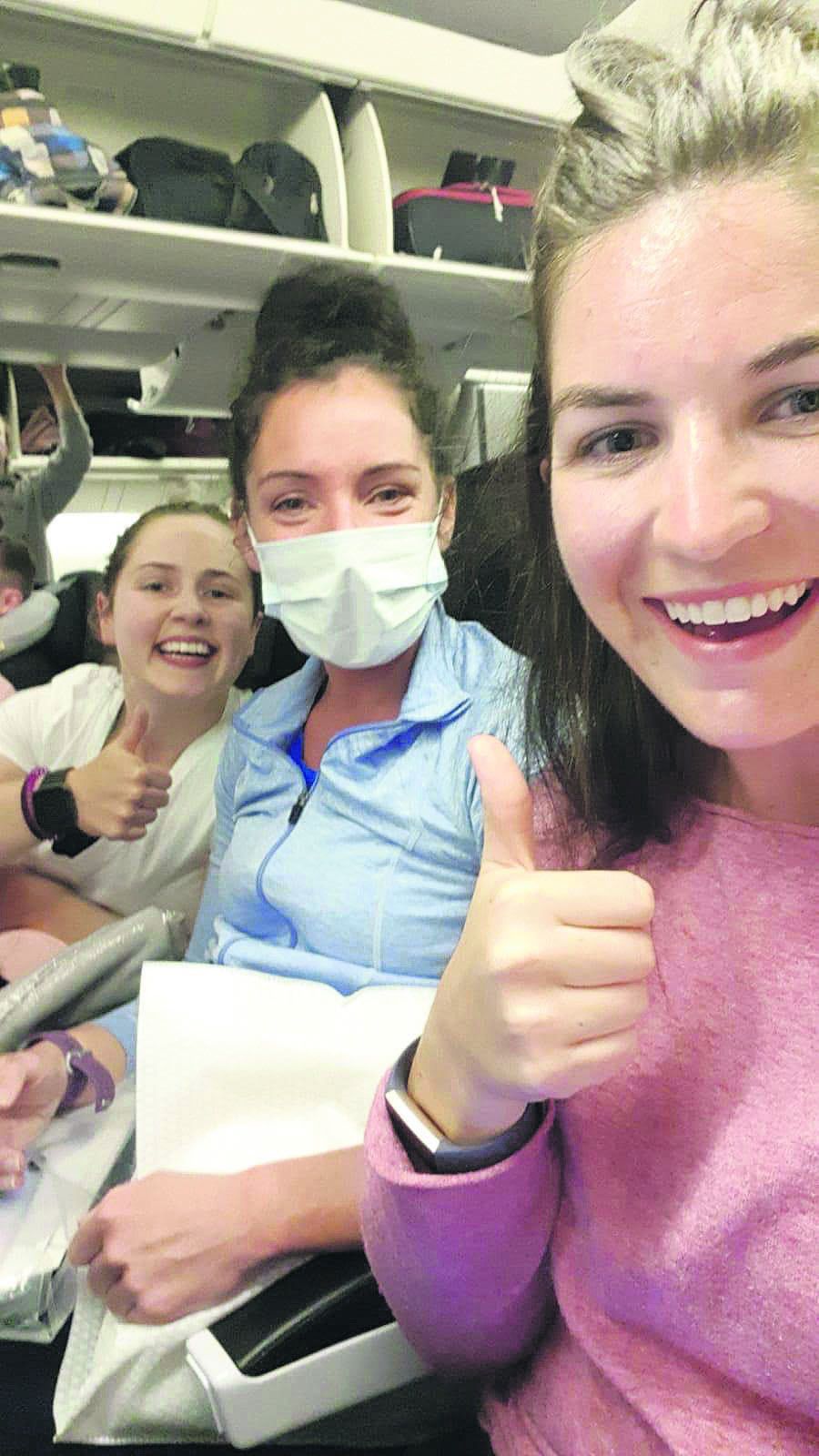