IT’S already been a busy weekend for the RNLI around Ireland’s coast and in West Cork yesterday, the Courtmacsherry All Weather Trent Class RNLI Lifeboat was called out at 12.54pm to go to the aid of two kayakers in difficulty off Dunworley Point near the Seven Heads.

The two kayakers were blown onto the remote ragged rocky headland of Bird’s Island off Dunworley, about 7 miles from Clonakilty, and found themselves seeking immediate assistance, as they had to abandon their canoes.

The Courtmacsherry Lifeboat under coxswain Micheal O’Donovan and crew were underway within minutes and immediately proceeded to the area where the alert was raised.

Also tasked by Valentia Radio was the Rescue 115 Coastguard helicopter and the local Seven Heads coast guard unit. The two causlties managed to get onto the rocks after their frightening ordeal and climbed the cliff side to get onto some firm ground.

The lifeboat and helicopter arrived on scene and the helicopter landed on the headland to access the injuries to the two persons. The lifeboat recovered paddles from the kayaks and remained on the scene until the helicopter airlifted one of the casualties to hospital and the other person was taken to nearby safe terrain by the coast Guard unit.

Commenting on yesterday’s call-out, the Courtmacsherry RNLI voluntary deputy launching authority Diarmuid O’Mahony, along with the Seven Heads unit spokesman Eamonn Barry thanked all the crew members for their quick response and carrying out the rescue and assistance very professionally, in what could have been a very serious incident.

They reiterated and thanked those in trouble for their quick action in seeking immediate help and assistance, as minutes matter and it is always vital to alert the Coast Guard quickly when in difficulty. 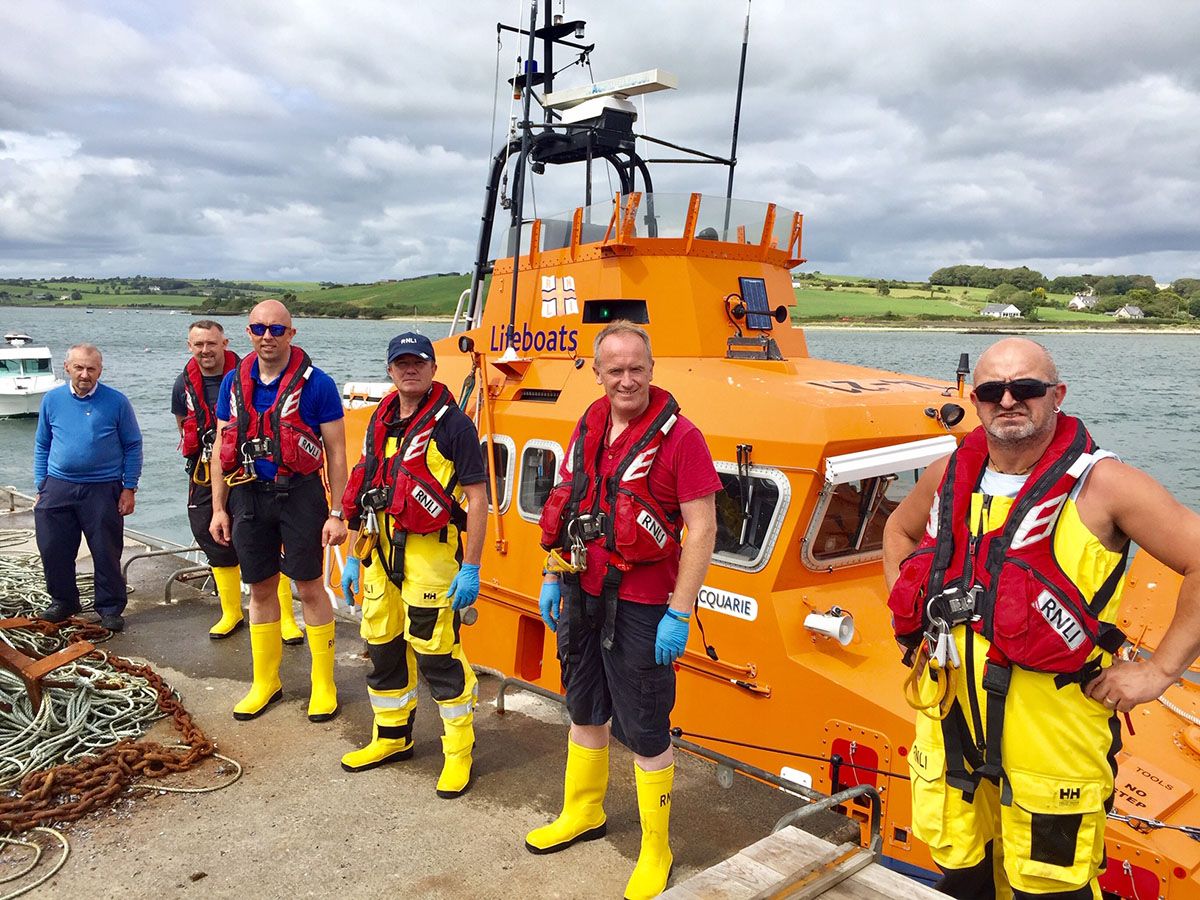 The lifeboat refuelled after the callout and returned back to its mooring just after 3pm.

A spokesperson stressed that any one partaking in any water activities or planning a visit to the coast should remember and follow RNLI safety advice and stay safe in these difficult times for all rescue services.

They advise water users to:

.  Keep a close eye on family – on the beach and in the water.

.  Don’t allow anyone to swim alone.

.  Don’t use inflatables on the sea.

.  If you fall into the water unexpectedly, float to live. Fight your instinct to thrash around. Lean back, extend your arms and legs, and float.

Around noon yesterday the community air ambulance’s parademics were involved in treating a water skier who suffered an injury in the water near Baltimore.

With favourable but often windy weather this weekend, the beaches and harbours of West Cork are seeing some of the biggest crowds they have experienced for some time, and as a result the seas around the coast are extremely busy with swimmers, boaters, kayakers, whale-watchers and various pleasure craft.