Kathleen is delighted with her ‘new' hip. 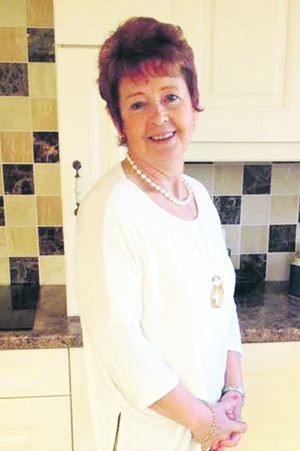 Kathleen is delighted with her ‘new’ hip.

KATHLEEN Walsh from Dangan just outside Bandon can’t praise the bikini hip operation enough. And she was so impressed with her first ‘new’ hip, that she plans to get the second one done as soon as possible.

Prior to undergoing this ground-breaking new surgery in June, Kathleen was suffering severe pain.

When she heard that Mr Karupiah Mahalingam, an orthopedic consultant at the Mater Private in Cork, was performing this new, less invasive, procedure, she knew that this was the way to go.

‘I had been on waiting lists for ages and the pain wasn’t going away, and it got so bad that someone I had met had told me about Mr Mahalingam and his new hip replacement surgery,’ said Kathleen this week. ‘I contacted the Mater Private in Cork and got an appointment to see him. I had my first meeting on a Monday and then a pre-op on Wednesday, and I was finished the following Monday.

‘It’s been absolutely unbelievable since I had the surgery and the difference has been unreal. I was able to walk around home without a crutch by the following Saturday and I was driving again within three weeks.’

Mr Mahalingam is the first surgeon in Ireland to perform the new hip replacement surgery, through the bikini line, that results in quick recovery times, less pain and minimal scaring.

‘He made an incision along the bikini line, rather than up by the leg and that’s why this type of surgery is so successful. I am now hoping to get my other hip done the same way, and have already made an appointment for this procedure.’

There are many advantages of the bikini hip replacement procedure, including less post-operative pain as the muscles are not cut, less blood loss and muscle weakness. Patients also experience a rapid recovery and only have a hidden scar in the groin area.

‘This surgery was such a success for me and I can’t wait now to get my other hip operated on, so that I can live my life to the full.’

The surgery is suitable for the majority of patients – but in particular those suffering from significant arthritis affecting the hip joint and resulting in increased pain, reduced mobility and function.

‘It is our aim to continue to lead the way in innovation and bring new treatments, like this ground-breaking bikini hip replacement procedure, to patients throughout Cork and Munster,’ said Anna Fitzgerald, chief executive at Mater Private Cork.