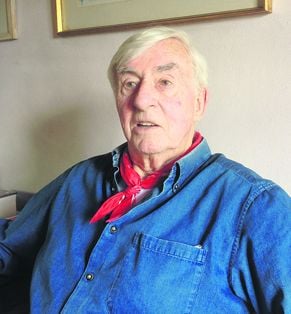 A COUPLE who were featured in The Southern Star recently, due to the theft of phone wires from their home, have expressed their frustration with the lack of any official response.

Jack and Barbara O’Connell, who run Schull Books, told the paper that their business had been put in jeopardy by careless thieves who left them with no phone or internet on three separate occasions.

They believe the low-lying lines means they are an easy target.

The theft of wire for its copper value has become a regular occurrence around Ireland in recent years, and there have been a number of incidents of this in West Cork this year.

Although the disruption to their service does not affect the use of their mobile phones, Jack, who is legally blind, as he has very limited sight in one eye, said: ‘We are at an age where we could find ourselves in an emergency situation and require the use of the landline.’

And this week Jack contacted the Star to say that the only comment since the article was published on June 11th, has been from TV reporters saying they may feature the story. ‘But we haven’t heard from them since,’ he said, adding: ‘Nor have we heard from Eircom. The linesmen do their best but it must be frustrating for them. And the weary poles, supposed to be holding the wires, are holding nothing but their heads. Somebody should be ashamed.’

‘I suppose it’s unlikely that local TDs will have much time to spare over petty complaints like this one, while they jockey themselves into favourable positions for the coming elections – but, you never know. At the moment we still have service, but we’re thinking of buying a few carrier pigeons – just in case.’