Stephen and Conor Collins with Stephen Murphy on the narrow bridge which causes problems for lorries. (Photo: Andy Gibson)

Locals and business owners trying to negotiate a narrow bridge
near Bantry have finally had enough, they tell Kieran O’Mahony

A BRIDGE at Borlin near Bantry is so narrow that delivery trucks are unable to cross it, forcing them to unload goods so that locals can collect them.

A meeting of the Municipal District of West Cork saw the issue highlighted by Cllr Danny Collins (Ind) who said the problem facing farmers and locals has been ongoing for a number of years. He called on Cork County Council to widen the bridge.

‘Farmers are having difficulty getting deliveries from trucks as they can’t go over the bridge so they are having to come down with their tractors and the goods are unloaded from the trucks,’ explained Cllr Collins.

‘I can see their point of view and the bridge is well worn from trucks hitting it. I am asking if it can be widened.’

Cllr Collins also highlighted the situation facing the owner of a blueberry company who has been having problems getting his deliveries of bark mulch as the trucks can’t go over the bridge. 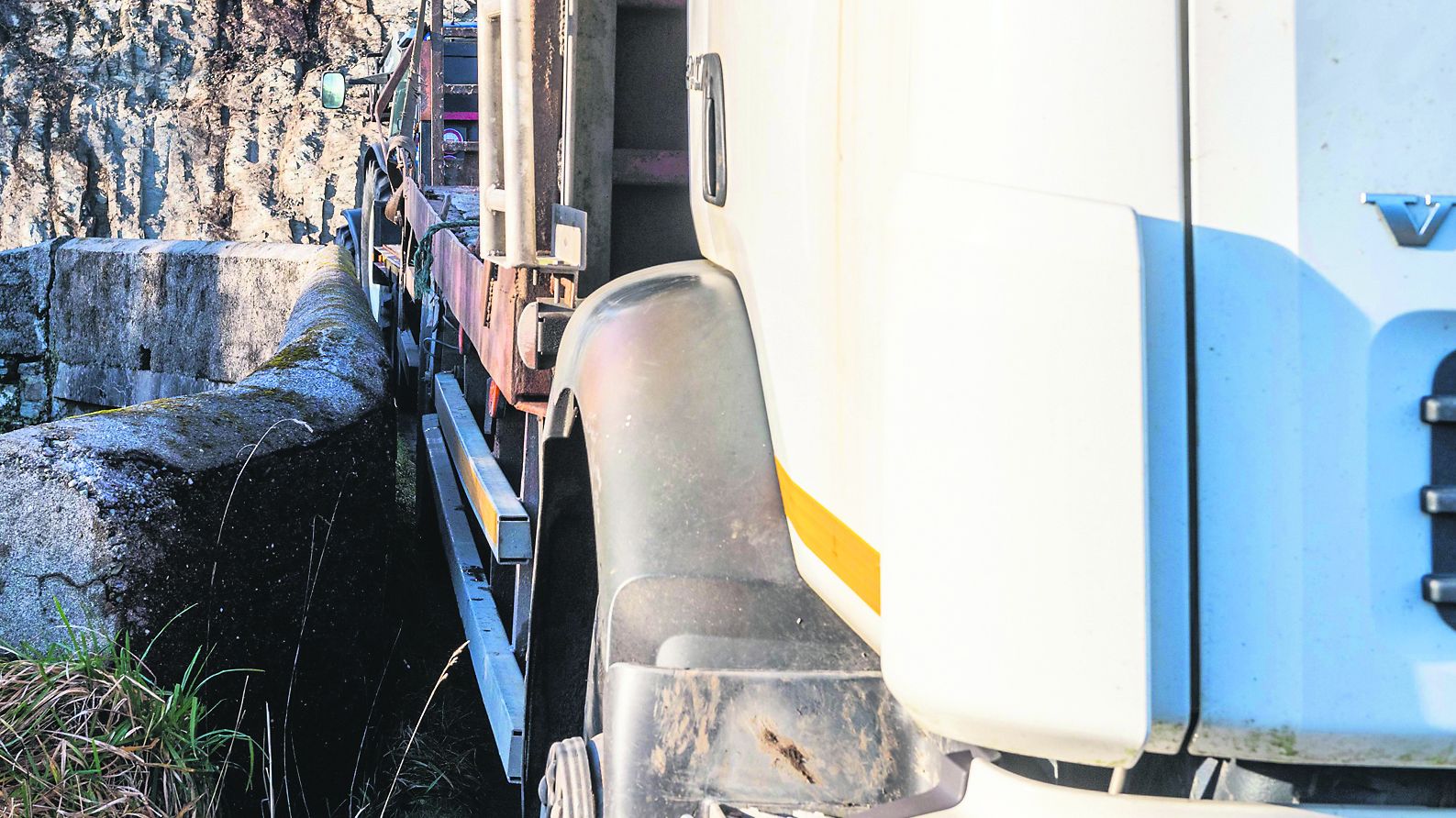 Cllr Patrick Gerard Murphy (FF) supported the motion and said he raised the issue years ago as well. He said it’s critical and damaging what is going on up there.

‘Delivery trucks have to unload as they can’t go through. What if we do minor works where we could widen it somewhat?’ asked Cllr Murphy.

Area engineer Ruth O’Brien said the bridge is listed on the bridge rehabilitation programme so remedial works are proposed for it.