The flag of the Eurovision Song Contest 2022 which takes place all this week, with the final at the weekend in Turin city.

Beara writer Maria C Henry first fell in love with the Eurovision Song Contest when Abba won it in 1974. The final of this year’s show will take place in Italy this weekend and she’s excited as ever about it

AS a kid growing up in the 70s in West Cork, there were very few nights in the year we could stay up beyond our bedtime. The Eurovision Song Contest was one of those rare occasions when the evening routine was abandoned.

Even though the competition began in 1956, my first memory of watching the show was in 1974 on our rented colour TV. My favourite group of the night, Abba, won that year and I fell in love with the extravaganza.

As Eurovision grew in size from year to year, so did the event in our house. The excitement began early on the day of the gala when my mam would return with the messages from town with the RTÉ Guide rolled up and sticking out of the shopping bag.

After lunch, I pulled out my schoolbag, not for the dreaded homework, but to raid for the essentials. Out came the rulers, pens, pencils, markers, along with pages ripped out of the copybooks.

I drafted precise columns on the pages and filled the lines in with my best handwriting. There was a column for each country taking part, the song, and room for my score. I was way ahead of Excel spreadsheets.

A few bits of plywood leftover from a DIY job, along with clothes pegs and the hey presto, a clipboard. The afternoon’s graft was a task of art, mathematics, woodwork and love.

By seven o’clock that evening, we, the jury, comprising myself, my two sisters and brother, sat in our living room in front of the TV waiting to take part in the voting. At the interval, my mam passed around the TK lemonade and Taytos.

In the mid-1980s I moved to the Cork city, but even that never prevented me from scuttling down the road home for the Eurovision weekend.

By then, it had become a family tradition to gather the neighbours and school friends – and even the odd relation – in for the big shindig. As I became an older teenager, the night would end in The Wheel Inn disco in Casteltownbere.

However, by the late 80s, along with hundreds of thousands of other youngsters, I emigrated for work to London.

At first, watching the song contest in a lonely bedsit would cause a severe dose of homesickness. The English had little love for the competition and if you mentioned it, all you got in return was tut-tutting and or rolling eyeballs.

They thought they were too sophisticated for the second-rate competition of ‘euro-pop’, as several called it! I became a closet Eurovision watcher. 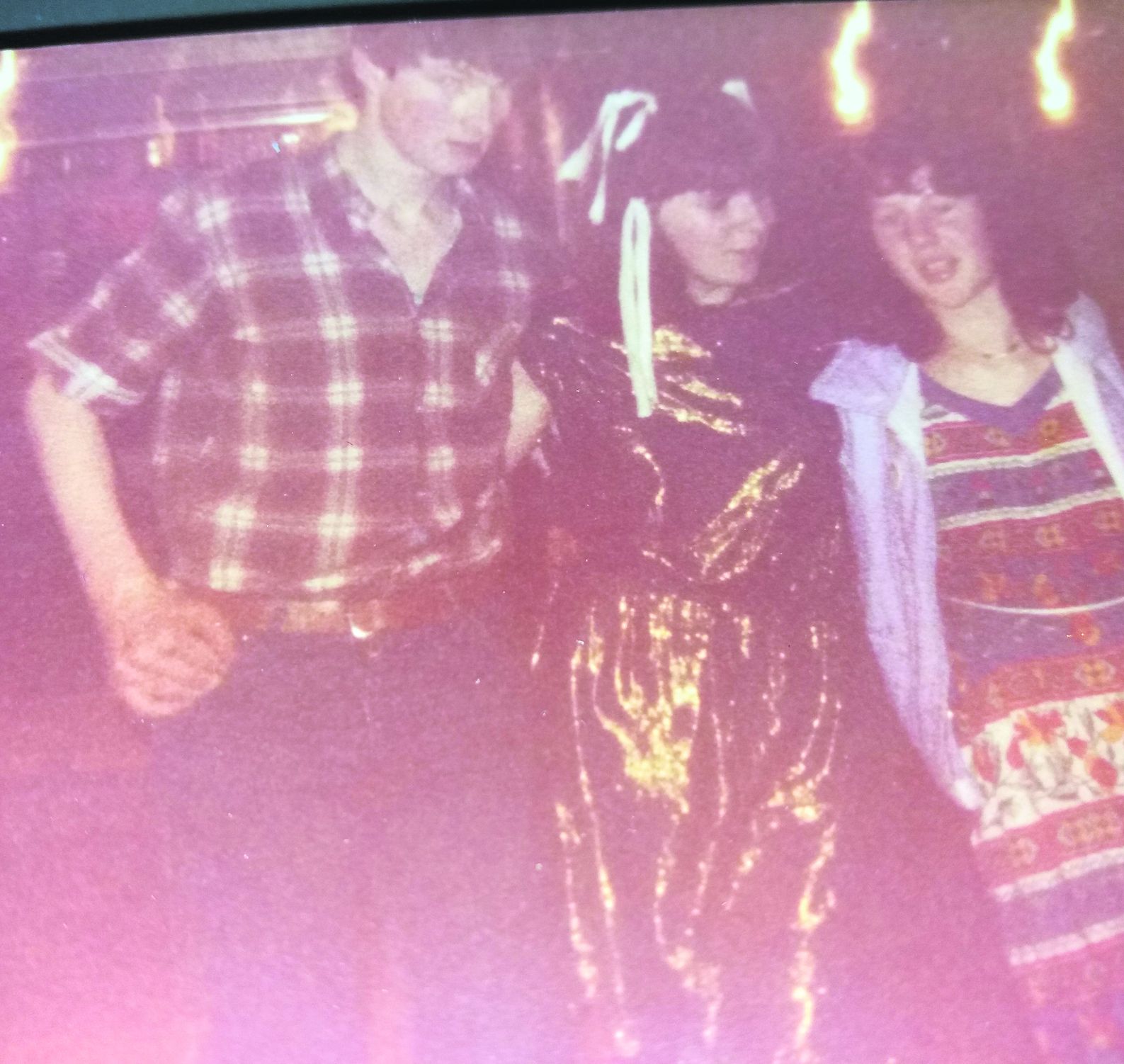 80s nostalgia: Maria (centre) and friends at The Wheel Inn in Castletownbere during the 1984 Eurovision party.

When I told people I was from Ireland, they would cheer and remind me my country won seven times.

Being Irish, I was part of Eurovision Royalty. At last, I had found my tribe.

Local pubs showed the event live, people had barbecues and house parties. But without doubt, the night always ended with people screaming at the TV, hoping it would wake the jury to the fact they have been giving the same marks to the same countries since they entered the competition.

The Europeans embraced every nation’s uniqueness and difference during the event, always cheered the winner, no matter what county won.

A lot has changed from the early days of the competition and in some ways, the event is unrecognisable.

In the old days, they sang of romance and were smartly dressed in their finery. Now it’s all a laser show in a bikini.

We’ve had acts that have been shockable, outrageous, political statements and tunes of social conscience.

But in my humble opinion, the standard has gone up. In the beginning, I liked little of the Euro-pop; it was indigestible.

Having recently returned to Ireland before the pandemic, this year will be the first year of having a shindig at my house.

This Saturday, I will tune in to BBC to watch our local boy Graham Norton provide us with a night of witty commentary, puns, clichés and laughter, and of course Ireland’s  representative Brooke Scallion,

So, I will shout loud and proud, this Saturday night, and will keep my douze points choice my own little secret.