Jacqui loves presenting Sunday Sport. She said lockdown made people realise how much sport meant to them.

Sports broadcaster Jacqui Hurley’s first book has just hit the shelves and is attracting hugely positive feedback. Written to encourage more girls to play sport, the Ballinhassig mum-of-two says it’s just as important that boys read it if we’re to reverse the status quo that can hold females back from reaching the top of their game

RTÉ SPORTS broadcaster Jacqui Hurley wishes that the book she’s just written was available when she was a youngster growing up in West Cork. 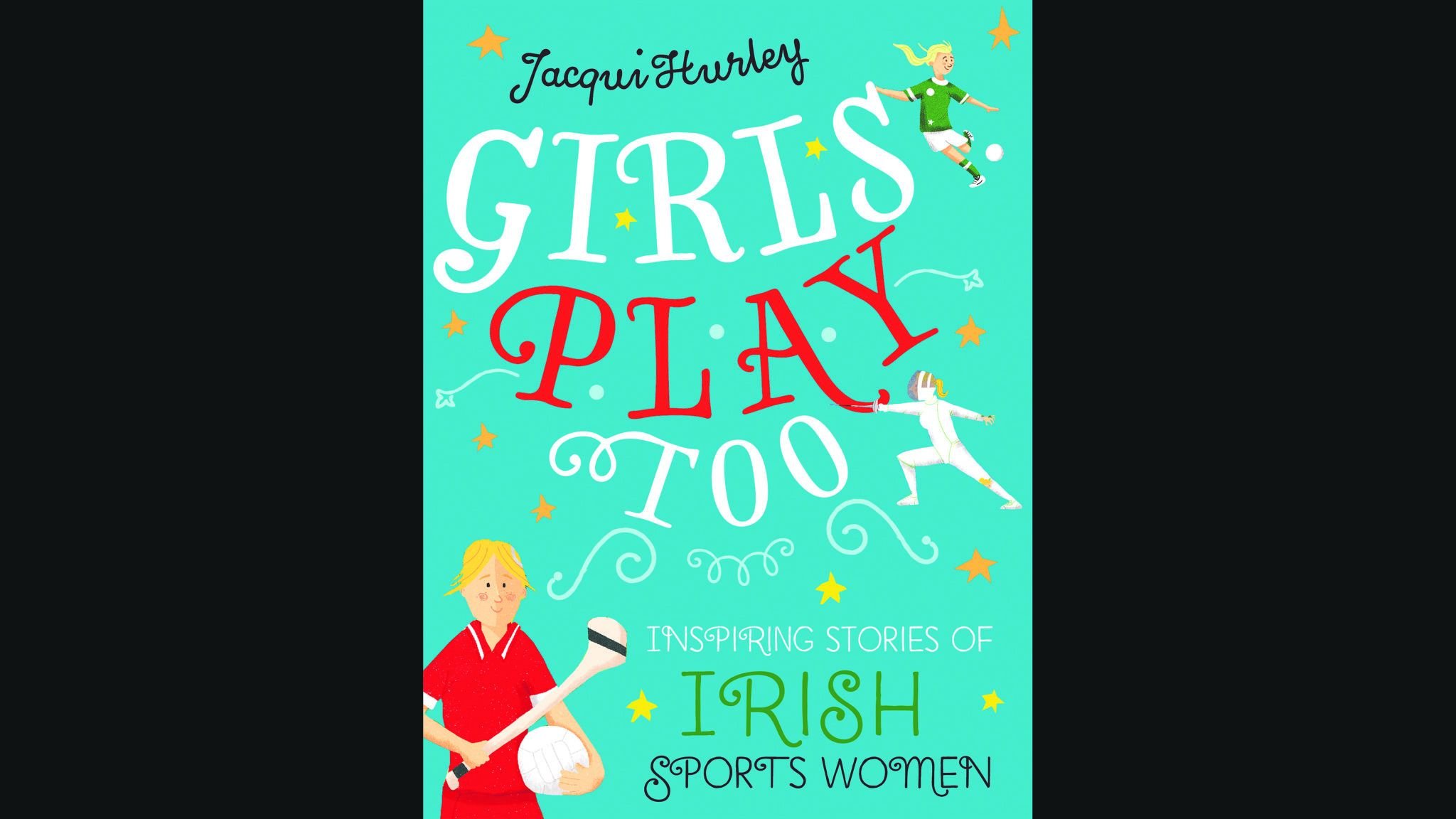 Jacqui's new book 'Girls Play Too' is out now.

Girls Play Too has just hit the shelves, and features 25 stories told by some of Ireland’s top sportswomen. It’s designed to inspire the next generation of Irish sportswomen and show that gender is not a barrier to success.

Jacqui describes it as her ‘passion project’ and says it’s something she had wanted to do for ages. And despite the challenges the pandemic brought, including working from home with two small children, she got the project over the line during lockdown and she’s overwhelmed by the feedback she’s getting.

‘It was one of those things that was in my head for a while and I felt if I hadn’t done it, I’d have been really disappointed with myself. With everything that’s going on now with the 20:20 Women in Sport movement, it felt like the right time,’ she said.

The book is aimed at eight to 12-year-olds. Jacqui decided to speak to this age group as she feels that if ‘we’re going to make real change, they’re the ones who are going to do it.’

‘But this is not a book just for girls, it’s about girls, but I want boys to read it as well because if we are going to change the mindset we want them to read it and say “oh she’s pretty cool too.”’

Growing up in Ballinhassig, Jacqui played camogie for Cork and basketball for Ireland and she said the book is something she wishes she could have read when she was 10-years-old.

‘Sonia O’Sullivan was my hero when I was a kid, living in Cork you have role models all around you. Sonia was in the newspapers and she was on the TV, but it felt to me that she was the only one.

‘But now for little girls, they’re looking around and they’ve got Katie Taylor, Denise O’Sullivan, Stephanie Roche, there are so many female role models for them and I just wanted for them to be able to read a bit more about them. I don’t think it has to be ground-breaking. It just needs to be little things that help to show them if they want to be like that, they can learn little nuggets about them that might be helpful.’

Jacqui says parents ask her all the time how they can get their kids, not just girls, to play sport.

‘The key is that you have to find your own thing and sometimes it takes people longer. I’ve an older sister and younger brother. He was a motorcycle champion in Ireland but it took him until his 20s to find that sport. He had his whole teenage life  following me and my sister, who were both very successful athletes and he found it very difficult. Sometimes it’s just about persevering …they’ll come to something they enjoy.’

They employ a babysitter to mind their kids Luke (6) and Lily (3) to allow them do this, and Jacqui thinks it’s an important example to set.

‘It’s my social outlet, I can go and get my physical burst and also the craic I have with the girls afterwards is irreplaceable in my life,’ she said.

She said in the intervening years between having her two kids she didn’t make enough time for herself.

‘I stopped playing sport, I stopped making the time for myself, and I found I was putting on weight, I wasn’t as happy in myself. Life has to change when you have children, I completely accept that. You can’t be the exact same person as before. But I think you can find a balance. And we have that now. We have to pay a babysitter but that €25 is paying for my happiness. If I didn’t do that I’d be miserable … we’re in a happier place, it makes us better parents, and we’ve more energy as a result.

‘And also what I love is that our kids see mommy and daddy going out the door to play sport and they recognise that effort is equal and that’s what you need to teach them.’ 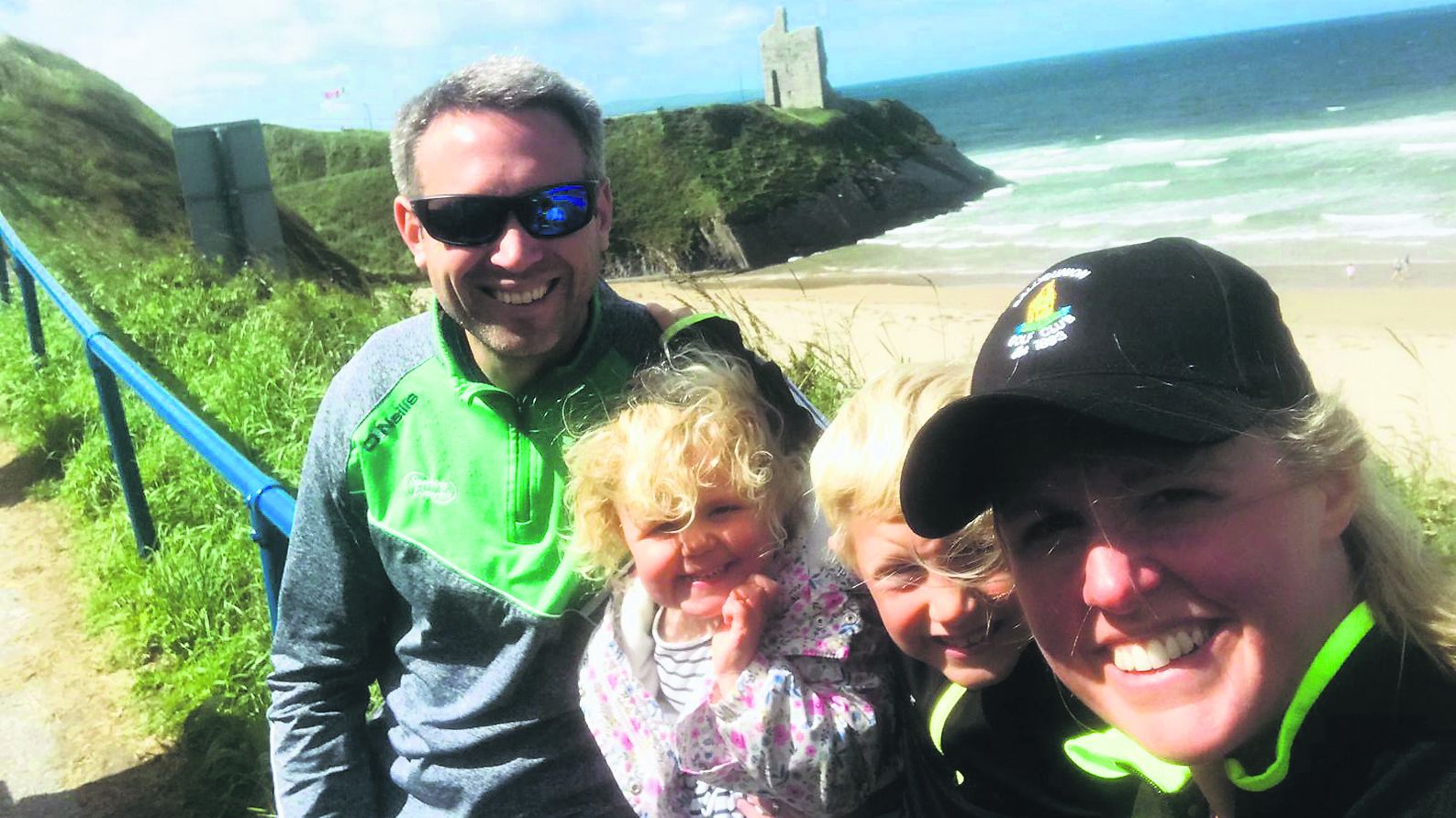 Jacqui with husband Shane and their kids Luke and Lily. Jacqui thinks it's important for them to see herself and Shane playing sport and to know that effort is equal.

Jacqui said she’d live in Cork in a heartbeat if it wasn’t for her job, and tries to get home to see her parents and friends once a month, at least.

‘But I think January was the last time we got down before the pandemic and then it was whenever lockdown opened, the end of June, that we got back. It was the longest stretch ever in my life that I hadn’t been in Cork.’

She described her family reunion as an emotional one, which included at least a five-minute hug with her mum.

‘My parents have decking out the front which is my happy place looking over the mountains in Ballinhassig and myself and my mam sat out and had a glass of wine and it was very emotional.

‘My family have had tragedy in our lives with my brother dying a few years ago. My sister lives in England, so not being able to see us took a lot out of my parents ... but we all got through it, we were all there together and it was a lovely moment.

‘It’s weird – I feel like when I drive home to Cork, (and Cork people who live away will recognise this feeling), when I go through the tunnel I can suddenly breathe again. There’s something about the Cork air, I don’t know what it is, I’m at peace when I’m in Cork.’

Girls Play Too is only out a few weeks and feedback has been extremely positive.

‘The most overwhelming thing to me is the reaction that I’ve gotten. I knew that the athletes liked it because they were such a part of the process, it was so collaborative, but I got at least 100 messages in the space of a few days from people thanking me for writing the book. It would genuinely move you, thinking if this even has a small impact on these children’s lives, then you’ll be glad that you did it.’