Well-known Bantry firefighter Ian Vickery is stepping down after a career spanning 22 years, but he will continue to share his vast safety expertise through his new business

A MAN who has been to the forefront of fighting fires in Bantry is about to share his expertise with the public.

After 22 years on the job as the station officer with Bantry Fire Brigade and two years of study at UCC, Ian Vickery stepped down on December 20th.

But Ian isn’t moving away from the firefighting sector entirely. He has decided to turn his expertise into a business offering help and advice to individuals and businesses that want to mitigate against  loss through fire.

In fact, his new business, Ian Vickery Safety Training, is  geared towards helping businesses and homeowners deal with any emergency situation.

‘Small fires, for example, can quickly get out of control,’ said Ian. ‘That’s why it is important to cover the basics – like having the correct fire extinguisher  – first.

‘After that,’ he said, ‘it’s a case of stepping up, both the precautionary and the defensive measures, in any home or business setting.’

The company was only established this year, after Ian successfully completed his higher diploma in safety, health and welfare at UCC.

For the last two decades, people have been looking to Ian and the 10 retained firefighter crew in Bantry to help with everything from fires and floods to traffic accidents, evacuations and civic service.

In all that time, Ian admitted it was only in his 20th year that he had to rescue a kitten from a tree and that was because the distraught owner went up after it.

The 56-year-old Bantry native clearly loved his job. ‘It’s all I ever wanted to do,’ he said. I would have done the job for free.’

For 16 years, Ian had worked as a photographer at Vickery’s – a business he took over from his dad, Ian, shortly after he passed away in 1988.

‘I had, in fact, started out in photography in 1985 but I was also working in the family hotel and bar business, Vickery’s Inn.’

A fire that was maliciously started in a bedroom by a hotel guest was Ian’s first taste of firefighting.

The then 19-year-old grabbed two big water extinguishers from the beautifully- tiled hotel hallway and ran to the first floor room and quickly got the blaze under control all by himself.

‘Working in the hotel was a fantastic grounding in dealing with customers and all of the challenges that daily life brings,’ said Ian.

And he is inordinately proud of the hotel’s historic association with the town, an ancestor having first opened the doors in 1835.

‘The hotel was always a focal point, especially on market days, and it has a well-deserved reputation for being a warm a hospitable place – a tradition continued by my mother, Hazel, and brother, Thomas, up until it closed in 2007,’ said Ian.

Of all the memories Ian has of working with both his father and mother, it was his time,  as a 12-year-old boy, flying over Whiddy island in a helicopter with no doors, to cover the Betelgeuse disaster in 1979, that really resonates.

‘I will never forget witnessing the burning hulk of the tanker on fire, and who is to say that didn’t influence my later decisions in life,’ he added.

‘I was on that occasion my dad’s assistant because at the time there were only 15 pictures per roll of film in a camera, and dad would keep swapping between two cameras while I reloaded them for him.’

In was in the year 2000, when he was looking for a change in direction, that his wife, Rose, suggested the fire service.

‘I applied and was thrilled when I was selected for training,’ said Ian, ‘and I never looked back.’ 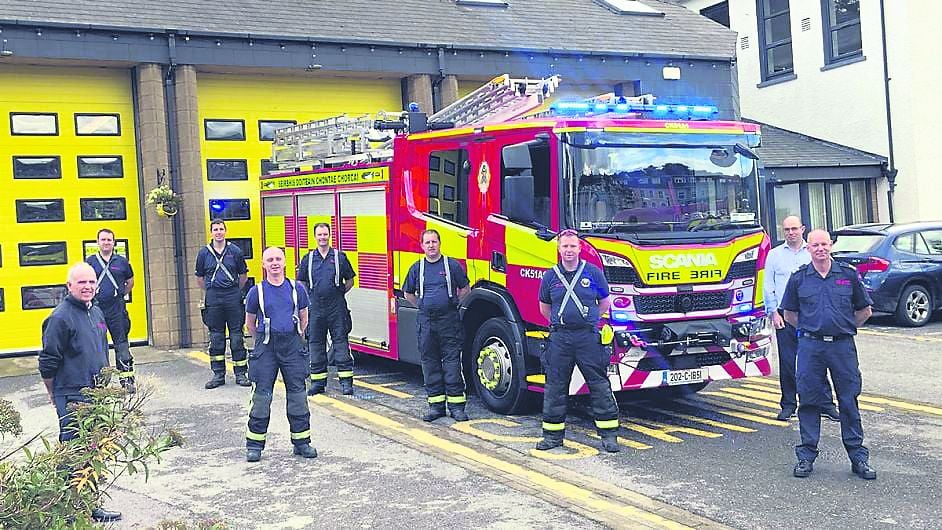 In February 2011, Ian was appointed the station officer in Bantry, primarily because of his expertise, no-nonsense persona, and cool head in any crisis.

He also readily commanded the respect of his crew, but that is largely due to the respect he afforded them, and their own innate professionalism.

‘I was so lucky to have such a good crew,’ said Ian. ‘They were so dedicated, knowledgeable and dependable that it’s actually hard to articulate it properly.’

Now, and for the foreseeable future, Ian will focusing on his new businesses, which he believes is ‘timely’ given the increased emphasis on health and safety.

‘My wish is to help businesses come up to code in terms of manual handling, fire safety training, fire evacuation training and first aid, by bringing the training to them.

‘I am not saying that my intention is to train people to tackle fires themselves – the wise course would be to always call the professionals – but prevention is always better than the cure,’ he said.

‘If I can guide someone to get the right type of equipment and offer some instruction on what to use and how to use it. that is a service I am happy to provide.

‘Fire extinguishers are brilliant,’ he said, ‘but there are so many different types and if a person uses the wrong one they can make a bad situation worse, or sustain an injury.’

‘For example, lots of people know some of the basics, such as never pour water on an oil pan, but not too many people know that water is equally dangerous when dealing with an electrical fault or fire.’

As part of the service Ian provides, he will demonstrate, using a proper extinguisher, how to correctly tackle a fire.

‘Training empowers people and takes the fear away,’ he said. ‘And it makes people more respectful of the dangers.’

Ian’s absence as a firefighter is a great loss to Bantry and the county, where he served as an instructor, but Ian humbly rejects the suggestion. ‘I believe the people of Bantry are lucky with the crew they have, and should be proud of their local fire brigade.’