The Sky Crime series which starts on June 30th.

Sophie’s house in the days after the murder, with the Garda road-blocking sign still in place.

A still of Sophie from the forthcoming Netflix series.

Murder at Roaringwater is published by Mirror Books.

The Sky Crime series which starts on June 30th.

British author Nick Foster’s interest in the murder of Sophie Toscan du Plantier is a labour of love, primarily driven by the distress he saw on her father’s face in a French court, he tells Siobhán Cronin

ANYONE criticising the evidence in the Garda file on the murder of Sophie Toscan du Plantier is criticising the people of West Cork, true crime author Nick Foster has told The Southern Star.

The British author has just published a book on the West Cork murder, and also worked on the five-episode Sky Crime mini series Murder at the Cottage, which airs this Sunday, June 20th.

Foster said that, in the course of his interviews with Ian Bailey for his book, the Schull resident – who was convicted (in his absence) of the murder by a French court in 2019 – told him the evidence in the Garda file prepared after the murder was ‘corrupt’.

‘If I was from West Cork then I would be really annoyed by that comment, because a large part of the file was supplied by local people,’ Foster said. ‘If the file is corrupt, then those people are corrupt, because most of it is the testimony of ordinary people, so that comment is a terrible insult to them.’

The gardaí carried out door-to-door enquiries which were carried out ‘in an exemplary way, he believes, ‘and people trusted the guards’.

‘The problem is they jumped on the bandwagon with Miss Farrell’s name, to the exclusion of other testimony,’ he said, referring to witness Marie Farrell who did a u-turn on her evidence and, at one point, bizarrely left the witness stand and walked out of the courtrom when she was put under pressure by the judge in Bailey’s 2014 legal action against the State.

Foster was given the Garda file by Ian Bailey to examine for his book, and recently challenged Bailey to a TV debate on its contents, which Bailey declined.

Sophie Toscan du Plantier, a French filmmaker, was brutally murdered at her Toormore holiday home, between Schull and Goleen, two days before Christmas, in 1996.

Nobody has ever been charged with her murder in Ireland, although Bailey was arrested twice.

The murder has caught the imagination of the public, and was the subject of a hugely popular 2018 podcast simply called West Cork on the Amazon platform Audible.

The podcast is now to be made into a TV mini series by the producers behind the award-winning Chernobyl series. And there are no less than two more screen productions on the way – both likely to surface in the next few weeks.

Netflix has commissioned a three-part series entitled Sophie: A Murder in West Cork which is due to be shown later this month and Irish director Jim Sheridan’s Murder at the Cottage is debuting on Sky Crime this Sunday night at 9pm (June 20th), with all five episodes available to watch on Sky boxsets from that date.

Nick Foster worked on Sheridan’s documentary alongside well known Irish investigative reporter Donal MacIntyre.  At one point during Bailey’s trial in France, Sophie’s lawyers made reference to members of the press ‘texting’ Bailey in Ireland, to see his reaction.

While Foster was in court, and admitted Bailey was being filmed back in Ireland during the trial, as part of the documentary, he said he wasn’t texting Bailey from court, but was making notes on his phone to put to him when he called him later.

The makers of Murder at the Cottage spent a considerable amount of time with Bailey and his now ex-partner Jules Thomas, and even gave Bailey a device to record himself.

Foster, who has seen the final product, says the documentary is a wonderful piece of film-making and storytelling and he thinks anyone following the case up to now will be fascinated by it.

‘It is very revealing – of many people in it,’ he said.

Since the film was finished, Foster said he has been made aware of a piece of new evidence that could prove vital in bringing closure to the crime, which as yet remains unsolved. He said he hopes the person who has the information will see the value in bringing it to the gardaí.

‘I do believe this crime can be solved,’ he told The Southern Star, adding that nobody thought the Madeleine McCann murder would ever be solved, but now it seems it may well be.

‘Over time, people’s allegiances change, so you never know, but I do feel this crime could be solved.’

Foster himself appears to be almost obsessed with the crime and says he cannot rest while he knows the murderer is still at large. He was particularly moved by the sight of Sophie’s parents Marguerite and George Bouniol in court and the obvious distress they are still suffering.

‘I knew it was a very big case in Ireland and in France but I think the last thing this case needs is for a British guy coming in and telling the DPP or France what to do,’ he explained. ‘I wanted it to stand as a story in its own right, so it is kind of a story in three acts. I thought this could’ve been the story of a victim of corruption, or he could’ve been the murderer. I have been humbled by the messages I have got, many of them I believe to be from Co Cork,’ he added.

He belives Sophie’s death ‘was an outrageous act of misogyny. She was a woman who felt safe in her home, and didn’t deserve to die,’ he said. ‘And her parents haven’t seen the killer doing even five minutes in jail.’

He says there has a been a lot of negative comment about the French trial and the conviction of Bailey in his absence.

‘There seems to be this irrational feeling that the French system is inferior to the British and the Irish system, because of the use of ‘beyond reasonable doubt’ here. But the French system is actually the norm in Europe, and it is the Irish and British systems which are exceptional,’ he said. ‘The European courts all have a similar standard of proof.’

And he believes a lot of the French case went unreported here, because it was carried out in French, and a lot of the more subtle details were lost in translation. Some parts of the evidence were even incorrectly reported, he said, because of poor interpretation of the language.

He said he truly believes it is now just a matter of someone coming forward to say ‘I saw this’, or ‘This person asked me to do this’ and the case could take on a new turn again.

Although Foster’s book Murder at Roaringwater, which has been in the Irish top 10  since its release, spent a lot of time being ‘lawyered’, he says he is very happy with the final product, and very grateful to his publishers for not getting cold feet on the very sensitive subject matter.

‘I am absolutely grateful to my publishers and their belief in this book. I was able to get 100% of what I wrote in, and not 95%. But everything in it has come from taped interviews or notes, and is all completely backed up.’

He said he inserted an element into his book which only the murderer will recognise and he believes it will shake them to the core when they spot it.

‘It will jump out at them and I guarantee you, they are going to feel very sick.’

At the end of the day, Foster said he was driven to tell this story by what he saw in the courtroom in France.

‘Sophie’s parents have been through so much. My drive is really them. I’ve never even spoken to them, but seeing them there at the trial was enough. The tears on her father’s face in the courtroom … I will never forget that. This book is the least I can do.’ 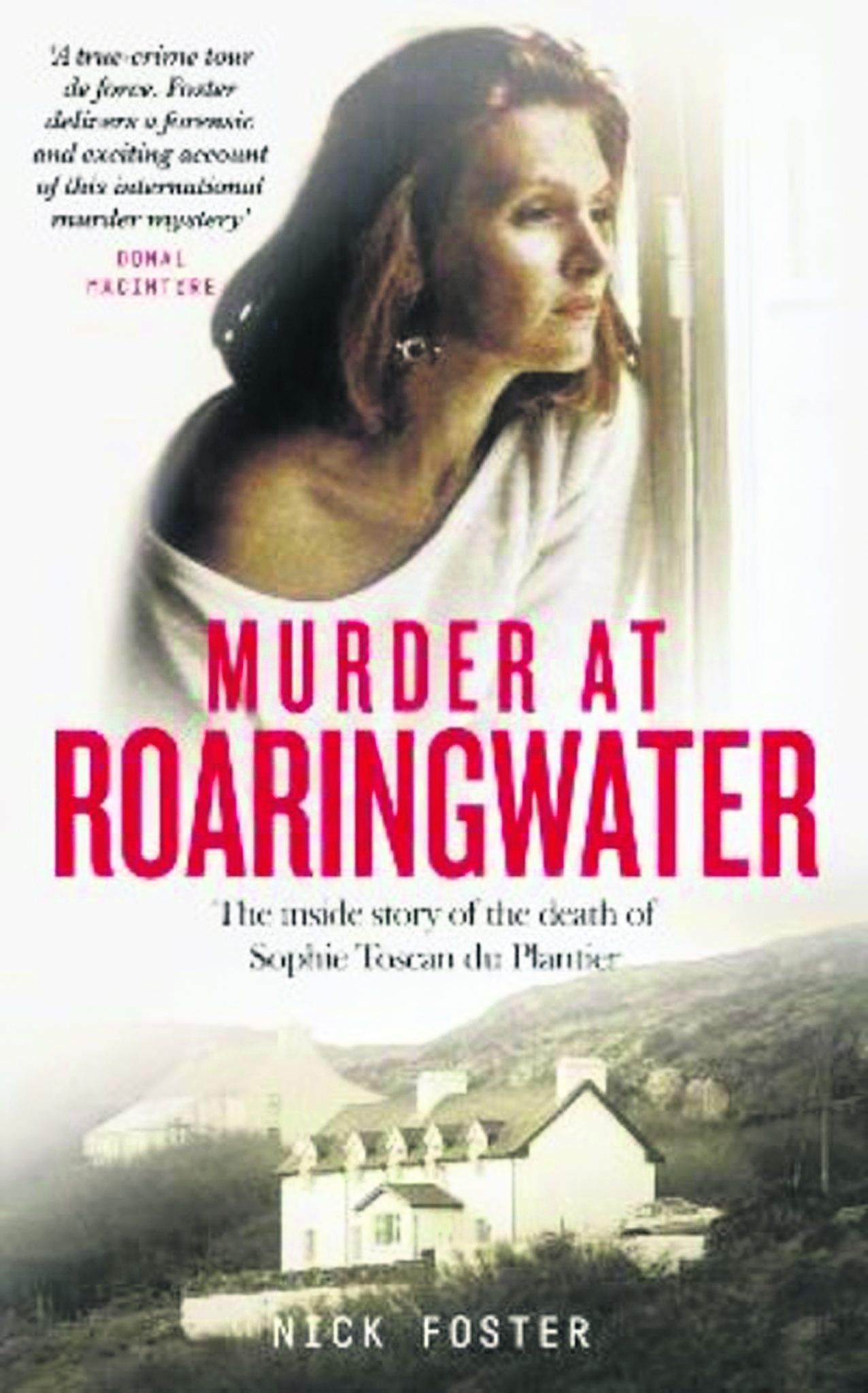 Murder at Roaringwater is published by Mirror Books. 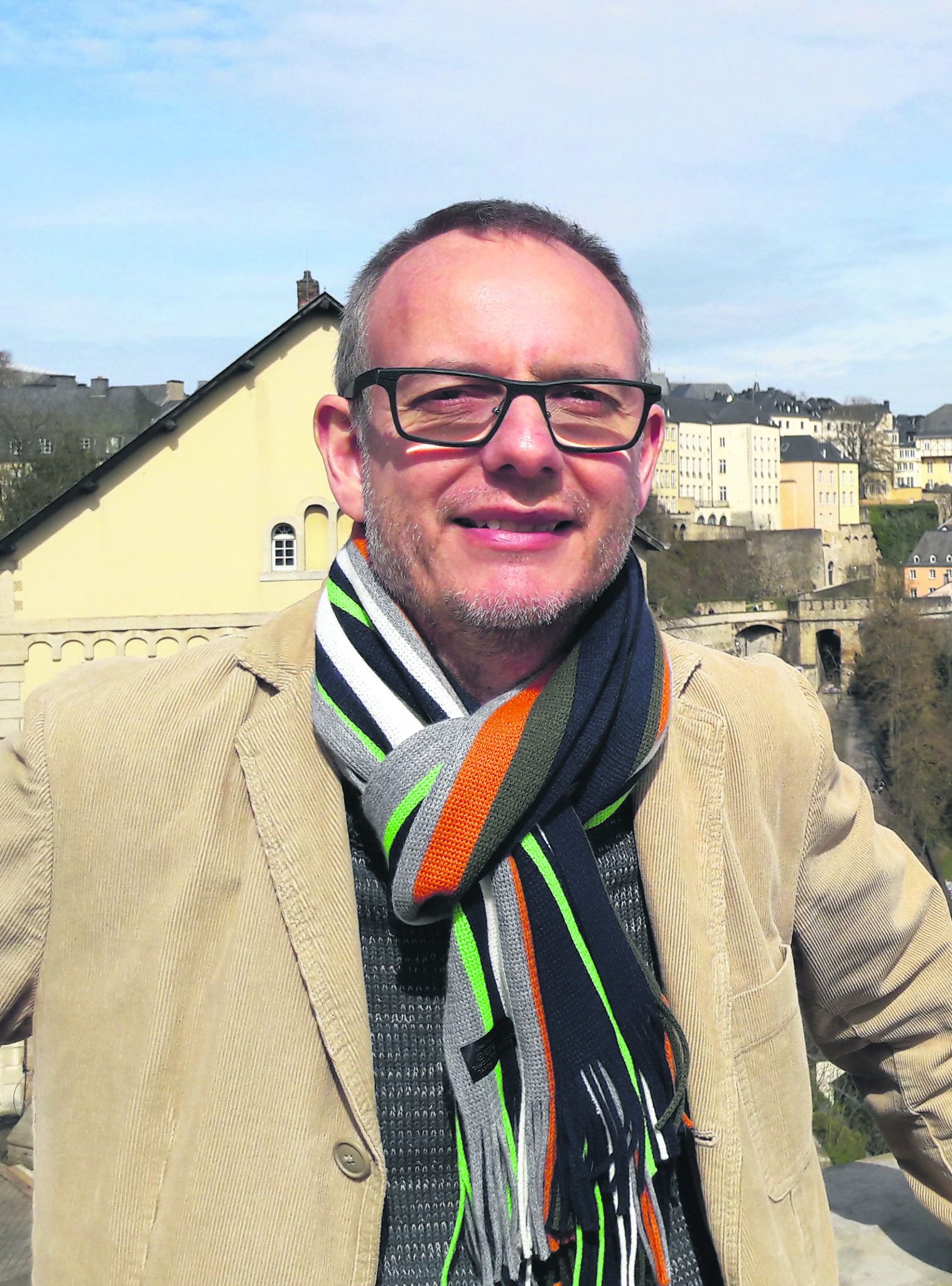 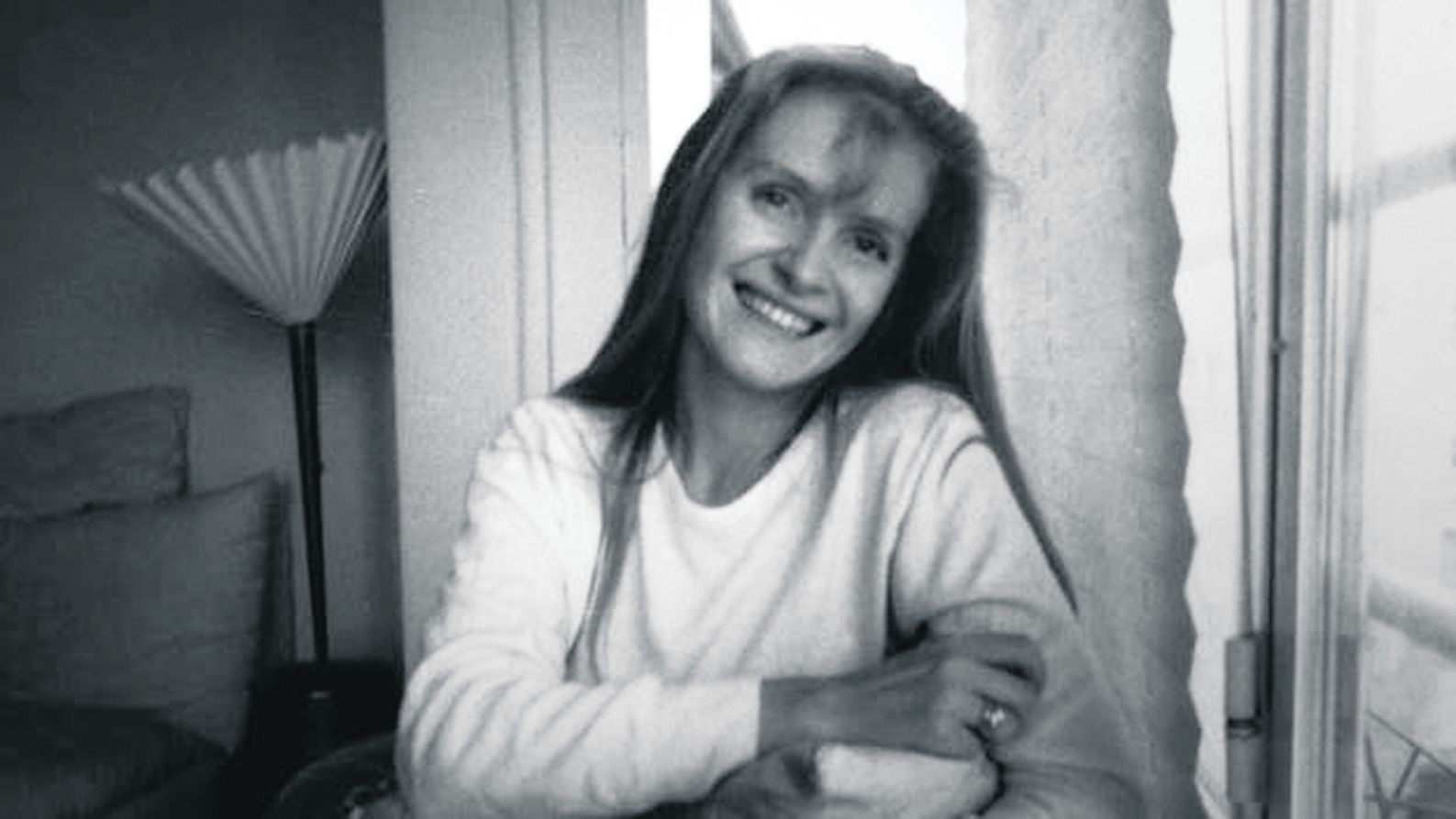 A still of Sophie from the forthcoming Netflix series. 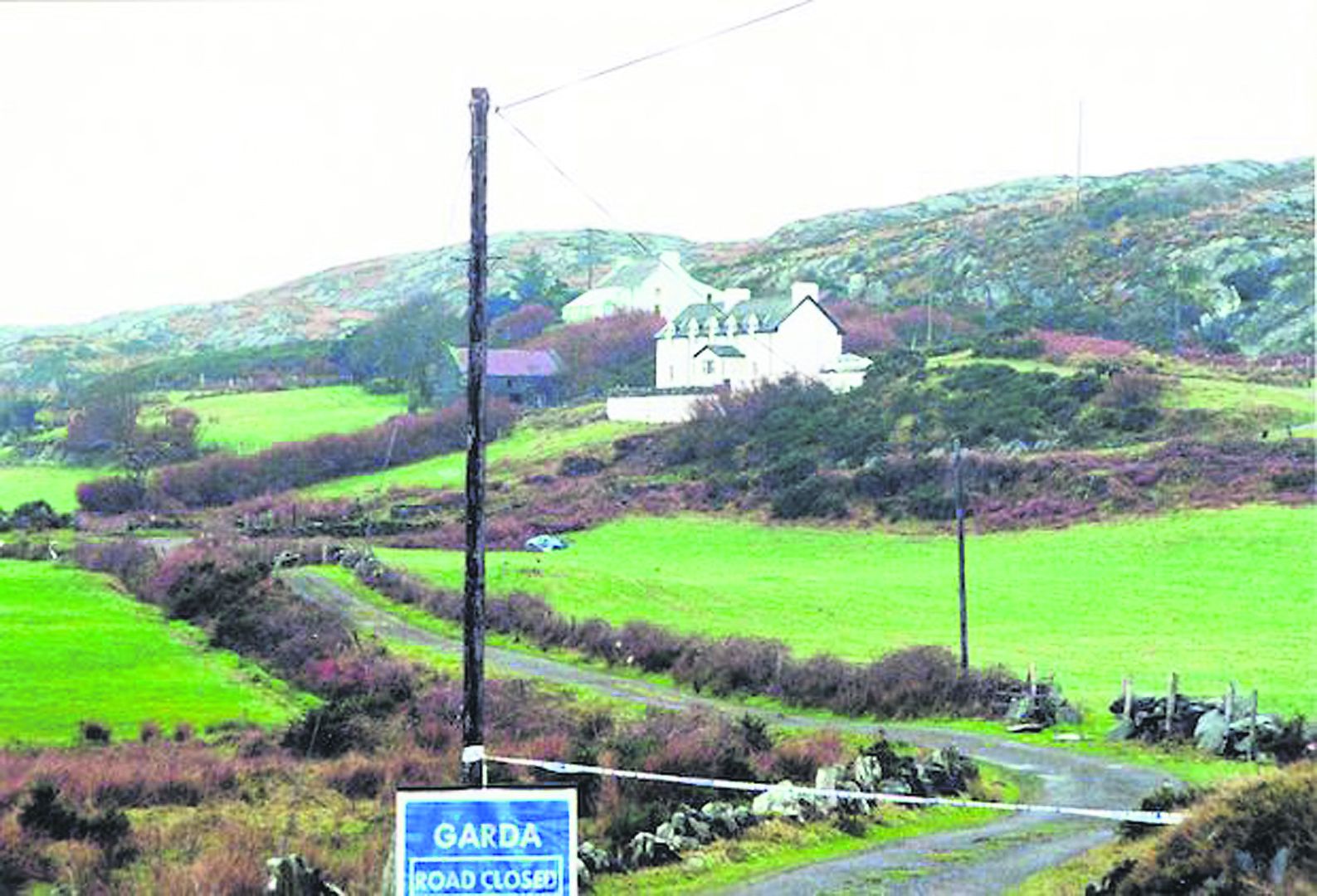 Sophie’s house in the days after the murder, with the Garda road-blocking sign still in place.