Cork's Laura Treacy: ‘Full-back was always a challenging position for me because I want to be involved in the game.'

THERE is a whiff of 2015 around the Cork camp according to Laura Treacy. Look around the dressing room and there are cavernous spaces once filled by some of the greatest to have ever played camogie.

Gemma O’Connor, Aoife Murray, Orla Cotter and Briege Corkery will go down in the annals of their sport as supreme players and leaders. Pamela Mackey is a significant loss too as a four-time All-Star defender who has taken a year out of the game.

It is six years since the Rebels underwent such a transitional phase but they surprised everyone, including perhaps themselves, to claim All-Ireland honours.

Treacy was in the nascent stages of her inter-county career then though no callow operator, having come into the panel in 2012 and played as Cork annexed the O’Duffy Cup in 2014.

Just as then, it is Paudie Murray overseeing the Leesiders’ remodelling, with the siting of Katrina Mackey at midfield alongside Ashling Thompson among the notable switches.

Another is Treacy’s move to centre-back, having established herself as one of camogie’s premier full-backs. The experiment came to a sudden halt however, six minutes into Cork’s second group outing, when she suffered a head wound while jostling under a dropping ball with Waterford’s Niamh Rockett.

‘I was split just between my eyebrows,’ says Treacy.

‘It’s kind of like a Harry Potter signal so all the girls are laughing at me at the moment. I went back training last (Tuesday) night so they all thought it was hilarious and singing the Harry Potter songs and stuff. I was very lucky, there was a doctor there and she glued it straight away for me.

‘I have known Niamh for many a year. We would be good friends. I think she was a bit thrown and I was a bit thrown as well by the whole thing. No hard feelings. I don’t really remember where the ball was or what exactly happened in that situation. But I have seen the clip back. It is just one of them things I suppose.

‘I was probably very unlucky that the butt of the hurley came through the helmet and got me where it did. On the other sense, I was very lucky it didn’t go into my eye or break my nose or anything. All of these things come with sport. I was upset after the game I suppose. Mainly I just didn’t know what way the scar was going to be and I didn’t know about the concussion side of things. I wasn’t in the better of it coming off the field.’ 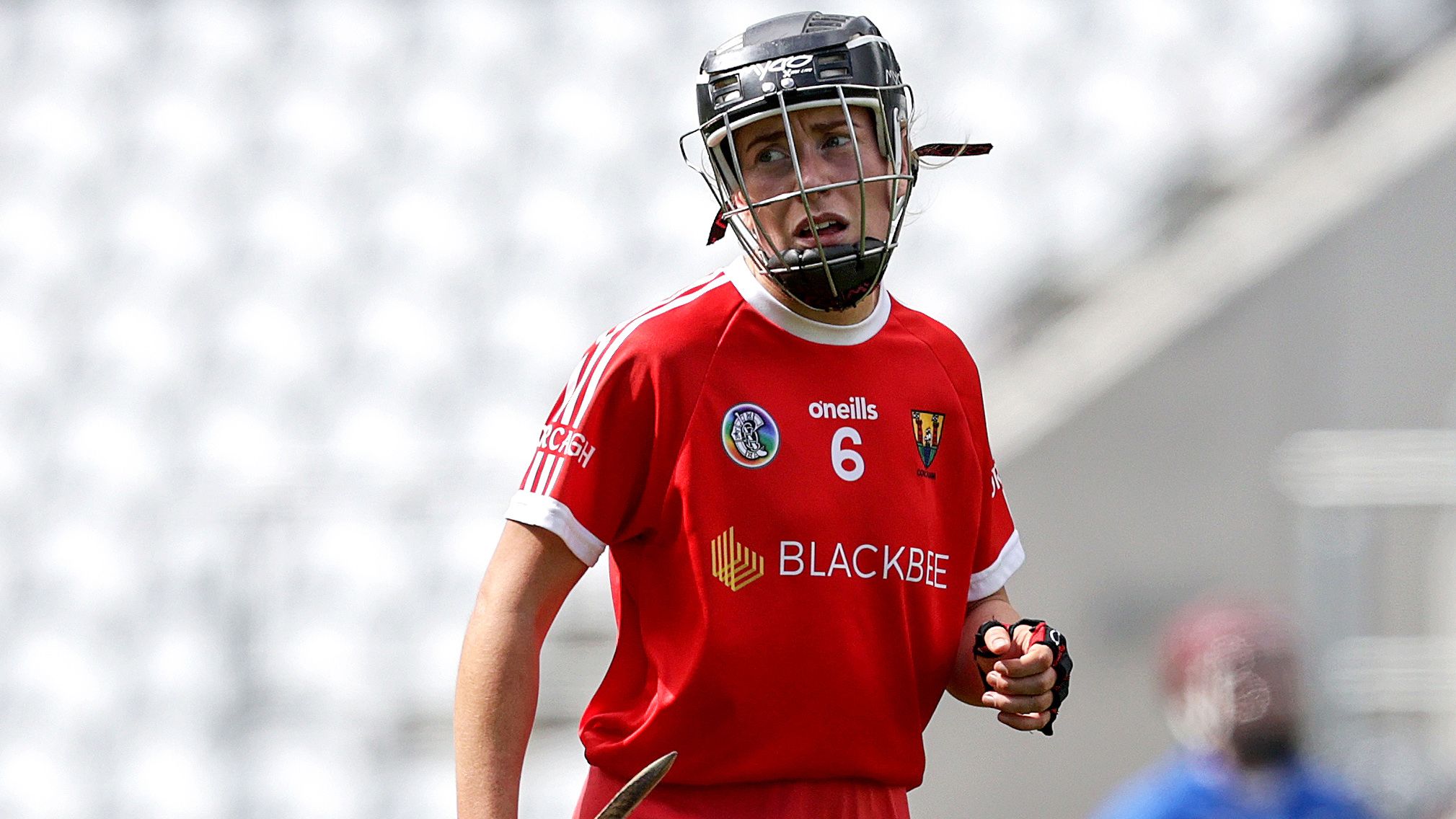 Cork centre back Laura Treacy will be a key player against Galway in Sunday's league semi-final.

The team doctor, Paul O’Keeffe cleared Treacy of concussion after 48 hours but she remained a little out of sorts for a couple of more days. Murray was more than happy to give the Killeagh stalwart time.

She is very aware of the magnitude of the role she is stepping into, a jersey that was O’Connor’s for so long until the St Finbarr’s legend announced her retirement in February, with nine All-Irelands and 11 All-Stars.

‘I am that type of a person who is always looking for a challenge or looking to better myself. But by God, thinking back to 2012, when I was called up onto the panel, sure I was only 16 turning 17. We got to the All-Ireland that year. But I suppose it has been a huge learning curve when I think back to the experiences I have had through camogie and the friendships that I have made throughout the whole thing.

‘This year with Gemma gone, Aoife Murray is gone, Orla Cotter is gone. All these big names and leaders that we have on the team are gone. It is a new challenge for someone like me, Orla Cronin, Amy O’Connor to try fill their boots and represent them and the Cork jersey the best we can.

‘I suppose throughout the years you pick up like different traits and things and unknown to yourself you are probably developing more as a leader. I probably learned so much from Gemma and Aoife especially I suppose. Gemma used to play in front of me, Aoife (in goals) behind me. Obviously, you are always going to look up to the likes of Briege (Corkery) and Orla Cotter. You kind of see what it takes. They have been there and done that. Throughout the years I have probably learned so much from them, even personally. Then to go along with camogie as well. It is actually hard to put it into words really.

‘I texted Gemma after I put on the No 6 jersey for the first time for the Cork senior camogie team and I was just like, I hope I did the jersey proud for her. I was putting it on and Orla Cronin and Chloe Sigerson were sitting next to me in the dressing room, and I was like, ‘My God, this is Gemma’s jersey, I better play well today.’

‘They are phenomenal women really when you start talking about them. Just what they have done for Cork camogie and for the girls who are involved in the team, and the panel at the moment. is unbelievable really.’

As for centre-back, while there is an adjustment in terms of inter-county fare, she had always played further out with Killeagh and enjoys being involved more in the game generally.

‘Full-back was always a challenging position for me because I want to be involved in the game,’ Treacy says.

‘You might only have the bones of five or six possessions in the whole game at full-back and you come off the field mentally exhausted because you are trying to maintain the focus, organising what is around you and that is huge at full-back. Obviously if you have all that to do, and not getting many possessions and then you are marking the likes of Miriam Walsh or Ailish O’Reilly or someone, but still you are not totally involved in the game as such. It is a challenging position I must say.’

It says much for her mental prowess and discipline that she was one of the best around at it for so long. But it probably comes as no surprise, given the 26-year-old is a nurse specialising in colposcopy at St Finbarr’s Hospital, as an associated unit of the Cork University Maternity Hospital.

‘I would be dealing with a lot of people who are probably around my age. I see the worst of what is out there. I would see everybody who would have an abnormal smear test. The majority of people don’t have abnormal smears but it does get into your head that there are so many people with them,’ she says.

‘That change of rolling out the HPV vaccine has made it more of a common talking point with young people. When I was in school, I was probably one of the first group of girls who would have been rolled out with that HPV vaccine. I feel like cervical cancer has been discussed with girls since then, and now everybody who is 12, in first year of school, is getting the HPV vaccine, girls and boys.

‘So it is more normal because all of these 12- and 13-year-olds are talking about cervical cancer, talking about HPV. When before, there would nearly have been a stigma around HPV because it is technically sexually transmitted, well it is skin to skin, but it is sexually transmitted mainly. People think then it is an STD or something when it is not. It is a virus, it is like catching the cold or the flu. It is just about making things normal and then the awareness then comes around after that once people are talking about it at all.

‘There is a long way to go to prevent it completely. But we are heading in the right direction and it is just important that the awareness is there for people to go and avail of the free service.’

Tomorrow, Galway present the stiffest challenge yet of where the current iteration of Cork camogie stands and Treacy is as excited as she was when walking into training and looking at Gemma O’Connor et al in awe.

Now it is her turn to carry the torch, and you couldn’t think of anyone better.