AS part of a review of Section 40 of the Wildlife Acts 1976 to 2012 governing the control of burning and hedge-cutting, the Minister for Arts, Heritage and the Gaeltacht is inviting the public and interested parties to input into any potential changes. 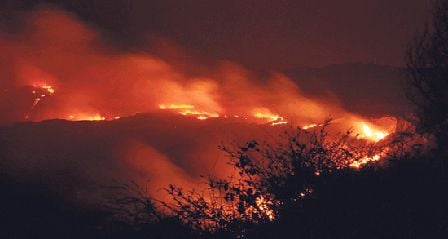 AS part of a review of Section 40 of the Wildlife Acts 1976 to 2012 governing the control of burning and hedge-cutting, the Minister for Arts, Heritage and the Gaeltacht is inviting the public and interested parties to input into any potential changes.

Section 40 seeks to protect bird life during the nesting season including protection of a range of biodiversity that contributes to food chains and wider ecosystems. The current closed period from March 1st to August 31st is based on the generally recognised nesting and breeding period for wild birds (extended from April 15th in 2000).

Exemptions exist to allow hedge-cutting by local authorities on health and safety grounds and the Roads Act 1993 obliges landowners to ensure that trees, shrubs, etc are not a hazard to road users. There are no exemptions for burning.

The consultation document which can be viewed on the Department’s website outlines that 28% of Ireland’s breeding bird species along with 31% of habitats are in decline. ‘In Ireland where there is a low cover of native woodland, hedges are of exceptional importance in providing habitats and corridors for maintaining wildlife diversity, particularly for birds, but also for wild plants and other ecologically important organisms that provide food and shelter for birds,’ it states.

Untrimmed, thorned hedgerows are best providing protection from predators, it states. The need for management and the need for all parties to work together are acknowledged.

Suggestions have been made the Department says to allow roadside hedges to be cut from end July, as birds will generally have left their nests by then, to allow controlled burning later than end February and to allow the closed period to be set through ministerial regulations. Any changes must be in line with Ireland’s obligations under EU and national law it adds.

Submissions can be made in writing by email to [email protected] or by post to: Review of Section 40, Department of Arts, Heritage & the Gaeltacht, 7 Ely Place, Dublin 2, by Friday, January 9th.