The former Bus Eireann stop in Skibbereen, showing how it regularly led to congestion in the centre of the town, which gets extremely busy during the summer. (Photo: Anne Minihane)

A one-way system currently being trialled, combined with the movement of bus stops, may have created even more headaches for a town that is heading into its busiest time of year

SKIBBEREEN needs a clear vision for the future of the town’s transport infrastructure especially when it comes to public transport and parking for residents.

‘It took us 30 minutes to get out of Skibbereen last Saturday,’ coach operator Damien Long told The Southern Star.

‘That means we are 30 minutes behind on our timetables and this has a major knock-on effect on our customers.’

Damien, along with the Bus Eireann service, moved his pick-up and drop-off stops from Bridge St to Market St, and is not at all happy with the way Cork County Council is handling the traffic situation in Skibbereen.

‘We know that the bus stops on Bridge St did cause delays in the town, especially in the afternoons when the street was busy with school runs and so on,’ Damien said.

‘However, the move to Market St has not sorted this problem out and the way the Council went about the move was ridiculous.

‘They just moved the stops and didn’t even bother to put up a sign telling people where to go to get the bus.

‘We had to put up a sign with a map on it to show people where to go to get the bus.’

Locals and visitors alike are wondering what effect, if any, moving the bus stops located, side-by-side, on Bridge Street to Market Street has achieved?

Add to this the trial closure of the two-way system on North Street and it has become clear that the traffic chaos, especially on Saturdays, is now a major obstacle for those attempting to get in and out of Skibbereen.

Townsend St resident Jennifer Allan has started up a petition on change.org to get the Council to reopen North St to two-way traffic.

‘I live on Townsend St and it has become a nightmare for residents to get in or out of our homes due to the traffic that is building up and blocking the street,’ Jennifer said.

‘The one-way system on North St is supposed to be a three-month trial and if no one shows concern, it will be taken as a success. The traffic issue on North St has just been moved – that’s all.’

Many people have taken to social media to vent their anger at the traffic situation in Skibbereen.

‘I am trying to find out whose idea this was,’ Damien said referring to the moving of the bus stops and the closure of the two-way system on North St. ‘There was no study, no public consultation, nothing.’

However, local Cllr Joe Carroll (FF) feels that there was plenty of notice of the trial and has urged the public to make their views known and to make submissions to the Cork County Council at the area engineer’s office in Skibbereen.

‘There was a notice put in The Southern Star, ‘ Cllr Carroll said. ‘This is a three-month trial and people must make their views known by getting onto the area engineer’s office. I wanted traffic lights on North St and I feel that this would have sorted out the problem.’

However, the problem with the bus stops still remains and it is a problem that Damien Long feels needs to be sorted out quickly. It’s not even that difficult, he claims.

‘Right now there is only one way out of the town and good public transport links are the future for West Cork,’ Damien said.

He pointed to an area off the main Skibbereen N71 bypass road that could have easy access to the town, if the original footbridge access plan linking it to the town centre was revived.

‘The proposed Marsh car park is the perfect solution, as we need to have access to public transport links at the centre of our towns. The Marsh car park and the adjoining footbridge is the way forward but it needs to be completed now,’ he said. The Marsh Car Park proposal is, according to Cllr Joe Carroll, fully funded and ready to go – but there’s a problem, a problem that has proved a ‘bridge too far’ for many years.

‘I have been assured that there is funding in place to start the work on the car park,’ Cllr Carroll said.

‘But there is the problem of the existing footbridge which has not been approved due to health and safety concerns. This needs to be sorted out and I am calling on the Council to work with the owners of the bridge and to move this project on urgently.’ 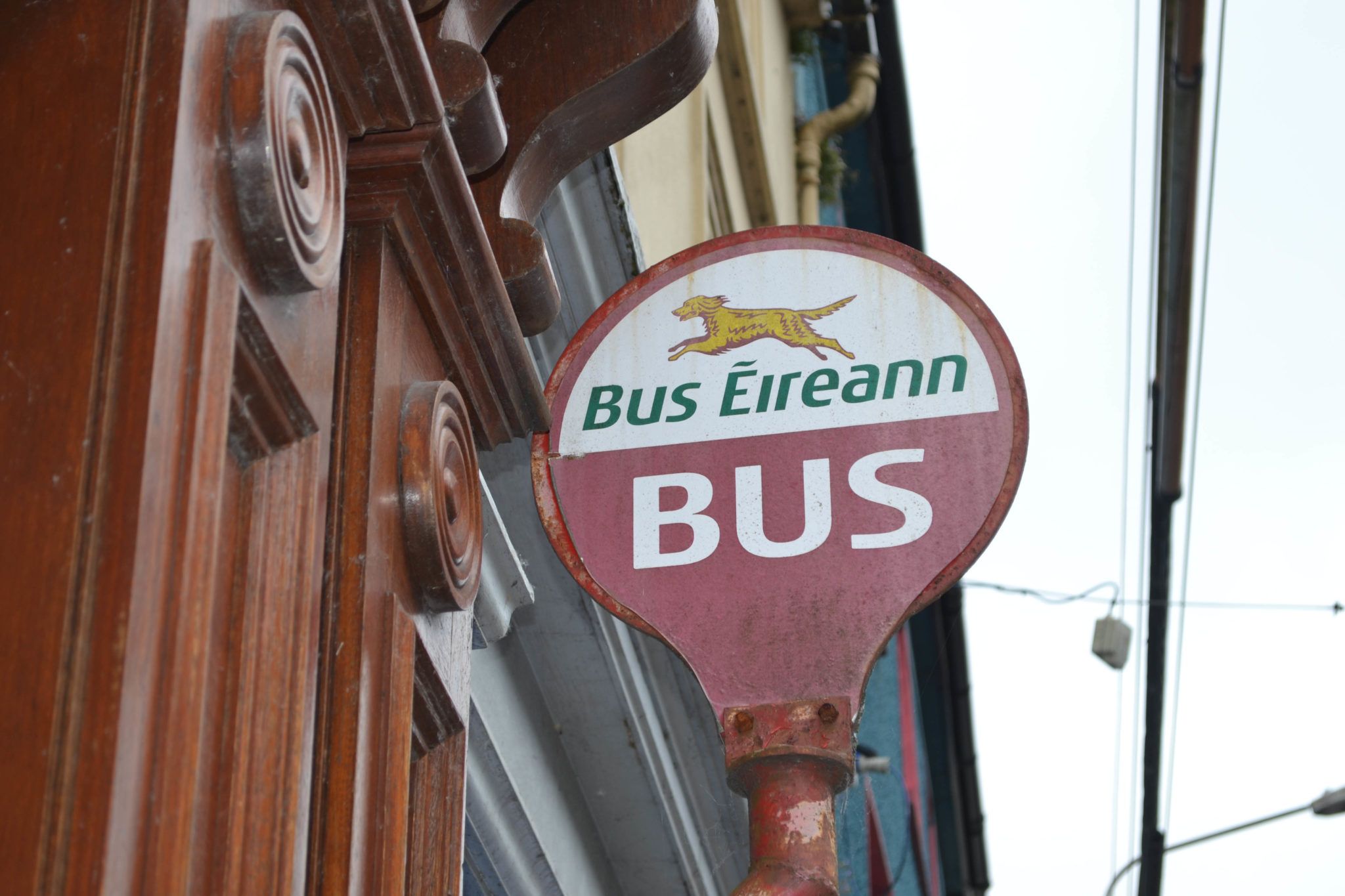 Regarding the recent relocation of the Skibbereen town bus stops, Bus Éireann issued the following statement:

‘We were contacted by Cork County Council who advised that on North Street, Skibbereen, they were trialling a one-way traffic system, inbound to Skibbereen, as and from 21 June, 2021, until 6 September, 2021. As our Route 237 services operate both eastbound to Cork and westbound via North Street, we were required to put a route diversion in place to facilitate the one-way system.

‘On the 18 June notices of these changes were placed on the Bus Éireann website to inform customers. There was also signage on all affected bus stops in advance of the changes.’