A WEST Cork court clerk is swapping the courts for the hallowed trails of the Camino as he retires after 40 years of working in the Court Services.

Tipperary native Edmund Byrnes has actually given 48 years to public service, but 40 of those were spent as a diligent court clerk, with the majority of that spent in busy District Court Area No 18.

The dad-of-three, who is married to Bantry woman Ann, has seen huge changes down through the years, having initially worked out of the first floor office of Bandon Courthouse in 1984 before the office was amalgamated with Clonakilty, which moved into new offices in the Waterfront building last year.

‘Over the years I was fortunate to have that ringside seat as a court clerk and I did witness some moments of hilarity and some great defence “oratory”, too!

‘It was not all gloom and doom, and it’s fair to say that the hand of justice is more often considerate of circumstances and consequences. Judge James McNulty has been extremely fair in all his judgments.’

Edmund – who oversaw some memorable court cases including many murders – said he has been very honoured and privileged to have worked and served the people of West Cork for the past 40 years.

‘I enjoyed a very close working relationship with many members of the judiciary, the legal profession, An Garda Síochána in Cork West, as well as with the probation service, Tusla and agencies such as West Cork Women Against Violence.’

While supporting the judiciary was part of his remit, Edmund said that providing customer service to court users was as important.

Now that his working career is coming to an end, Edmund said it’s by no means the end of his journey – it’s only the ‘beginning of something else’. 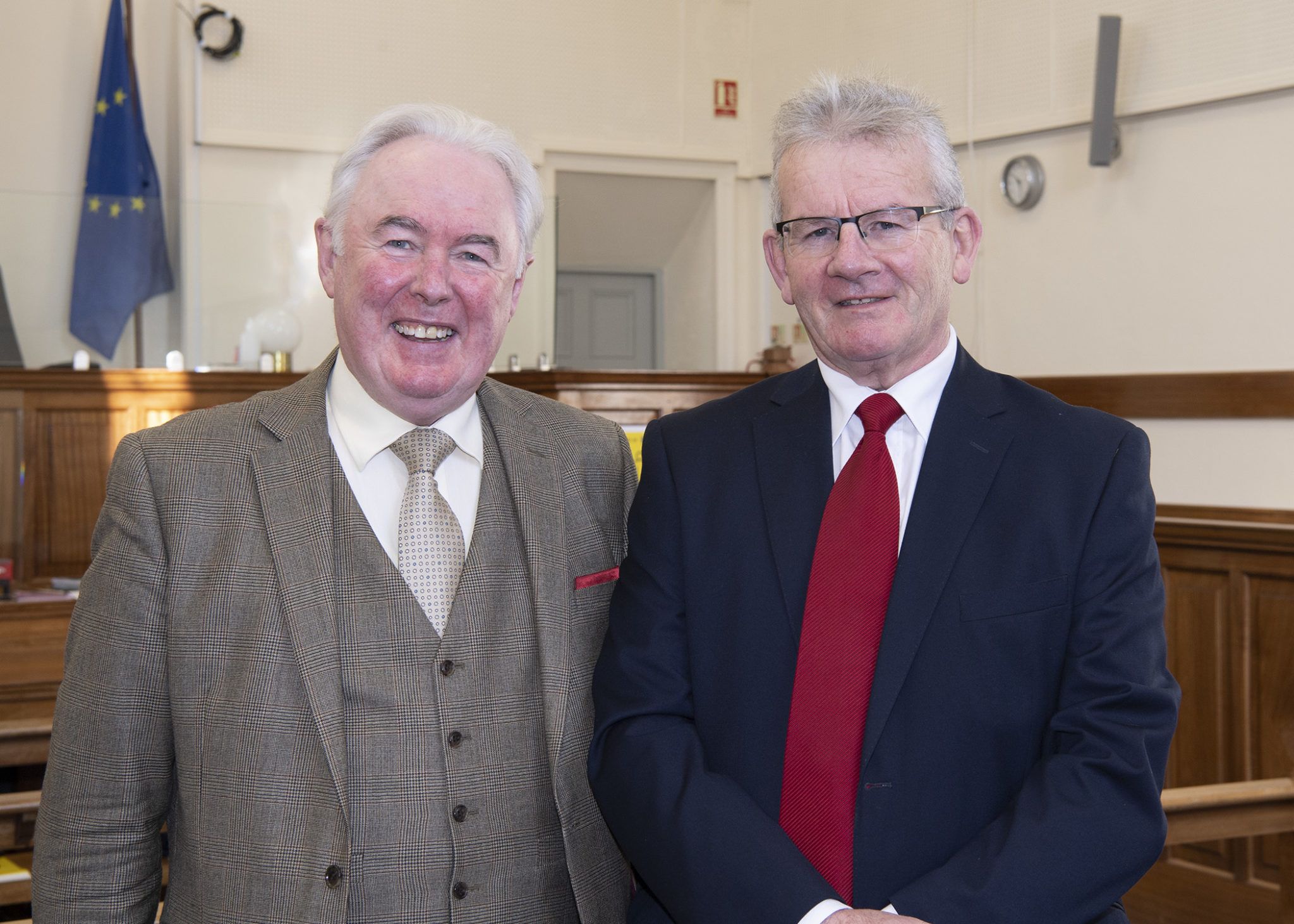 Travel is something Edmund and Ann intend to fully embrace and the couple will take a long trek on the Camino over the Pyrenees to Santiago de Compostela in Galicia in the coming months.

It was only fitting that familiar faces gathered to pay tribute to him, at his last ever court sitting at Clonakilty District Court last Friday.

Judge James McNulty thanked Edmund for his ‘efficiency and attention to detail’ in his dealings with him down through the years, and said he benefitted from Edmund’s ‘wit, wisdom and common sense.’

President of the West Cork Bar Association, Plunkett Taaffe, wished Edmund all the best in his retirement and thanked him for his sterling work in District Court No 18. Insp Debra Marsh also wished him well on his retirement, which was also echoed by his former colleague, David Colbert, chief clerk of Cork City District Courts.

On behalf of the press, Southern Star reporter Kieran O’Mahony wished him well in his retirement, and thanked him for his ‘patience’ in dealing with the press down through the years.