BALTIMORE woman Ann Kelly raised €2,106 after she allowed her husband Tom to cut her hair live on Facebook.

Ann was confident that her husband – a long-time employee of Barry Bros Building Supply Store in Skibbereen – had a good eye for measurements and making precise cuts, because it is, after all, part of his job.

Ann said she wasn’t too bothered about the finished result as long as the clipped blonde locks measured around 12 inches because she plans to donate them to The Little Princess organisation, which uses hair to make wigs for people who have cancer.

‘The idea came to me last weekend,’ Ann told The Southern Star. ‘I couldn’t get to my hairdresser – obviously – and I happened to mention to Tom that it could do with a cut.

‘We had the crazy idea of getting Tom to cut my hair and raise a few quid for the ICRR in the process.

‘We have been supporting the air ambulance for years and we know it costs €350 for an hour of fuel for the helicopter so our initial target was one hour.’

The couple have already exceeded that and can now pay for six hours of flying time, and possibly even more before the weekend deadline.

Tom’s first foray into hairdressing took place on the couple’s 24th anniversary. Ann mentioned this saying it was ‘significant’ because even if Tom had messed up, their marriage is ‘strong enough to survive a bad hair day.’

The end result was rather fetching – Tom gave Ann an edgy looking bob that attracted many favourable comments on Facebook. 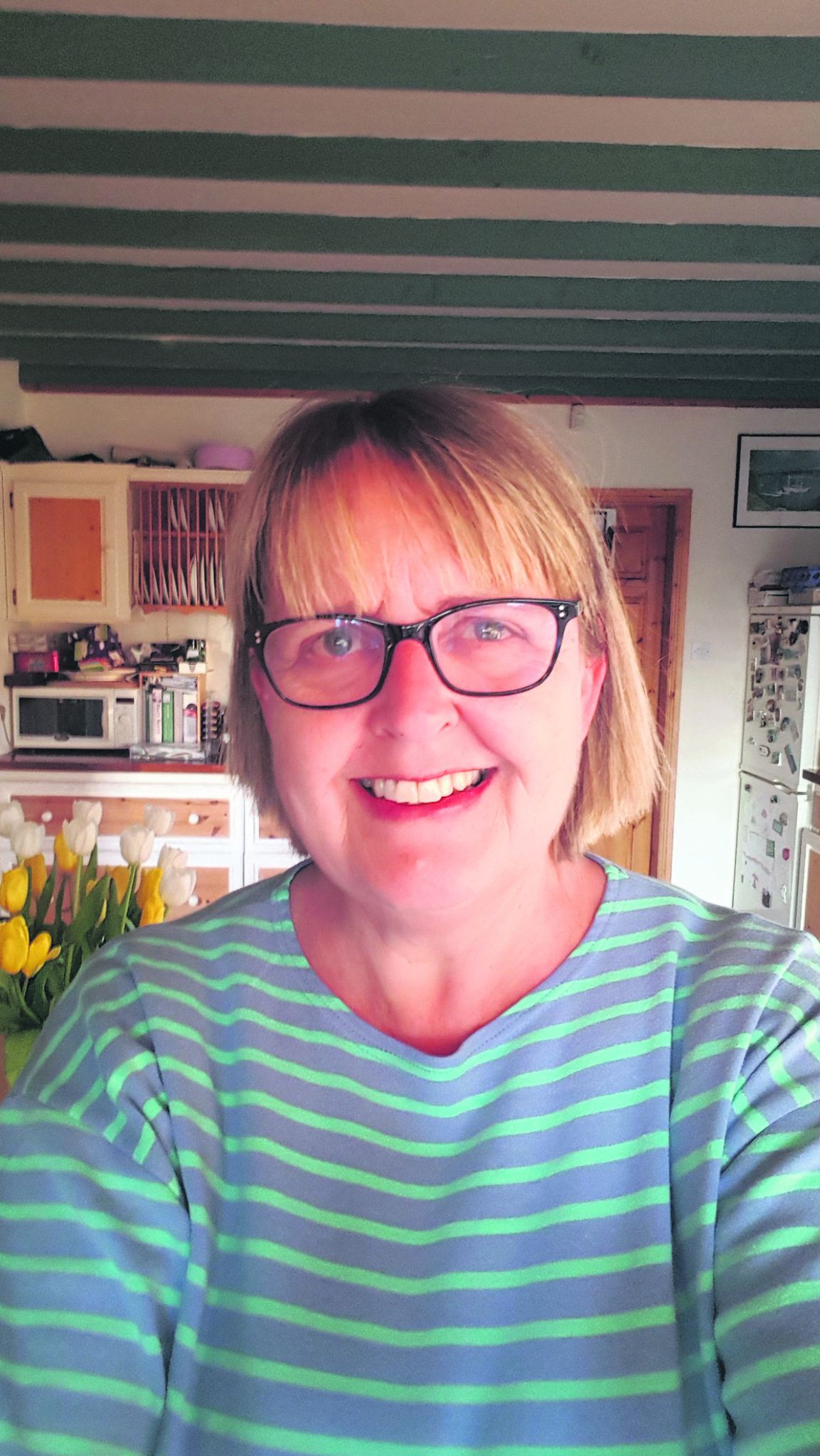