THE Ballinadee man who was dramatically rescued from the sea near Garrettsown beach knows he’s lucky to be alive, but says he is missing his canine pal who didn’t survive the ordeal.
Glynne Jones (77) a retired analytical chemist, and his wife Eve, had been walking between Garrettstown and Garrylucas beaches near their home in Ballinadee last week when 13-year-old Bandit slipped off the cliff and fell into the sea.
Glynne made his way down to the shoreline to look for Bandit, but was forced into a gully-like inlet by the incoming tide, only to end up trapped there with waves breaking over him.
Eve had to run for nearly half a mile back to the roadway to get a phone signal to raise the alarm and they both agree that if the Coast Guard was even 10 minutes later, Glynne wouldn’t have survived. ‘I was so glad to see them – I am immensely grateful to them, they were superb,’ he said.
Mike Murray from the Old Head/Seven Heads Irish Coast Guard team revealed that it took them a while to actually find the inlet where Glynne was trapped, but when they did, their first thought was to attach a rope to him.
‘All you could see was surf and foam around his waist, but it ended up around his shoulders and by the time he ended up at the top of the inlet, big waves of foam were coming in and covering him clean over, you wouldn’t see him at all.
‘Things were getting very serious so we decided we would have to pull him up manually – it would have taken too long to go back and get all the equipment but at that stage we had about 10 volunteers on the scene so we hauled him up. 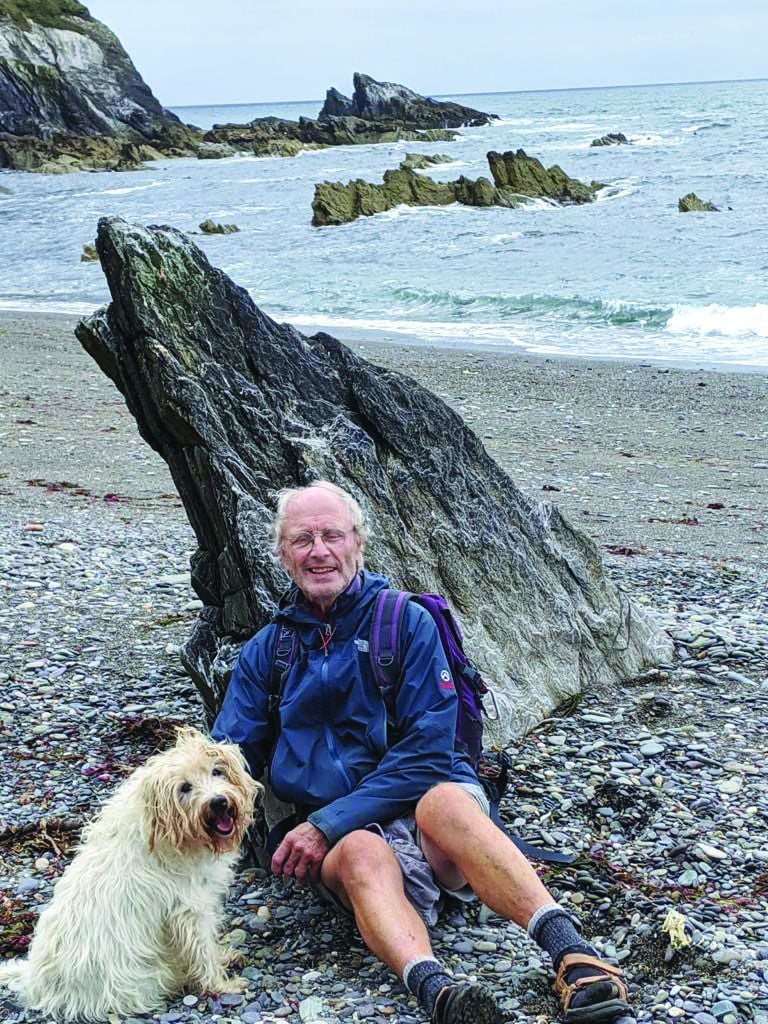 Glynne knows he is lucky to be alive but he misses his dog Bandit, who he was trying to save. Sadly, Bandit didn’t make it.

‘At one stage, one of the waves knocked him off his feet and he struck his head and we thought he was gone because he went down under water. You could feel the surge of the sea pulling on the rope, but he got up again.’After the Irish Coast Guard team got Mr Jones ashore, they helped him to the ambulance where emergency medicine consultant Dr Jason van der Velde examined him and gave him the go-ahead to rejoin his  wife and they returned home, but without Bandit, who was sadly lost at sea.
His body has since been recovered from the sea and returned to the couple.
‘I’m doing fine. But our house feels very empty with Bandit gone – everything reminds us of him. Physically I’m fine, even though the emotions are a bit high, but I am so grateful to the Coast Guard,’ said Glynne.